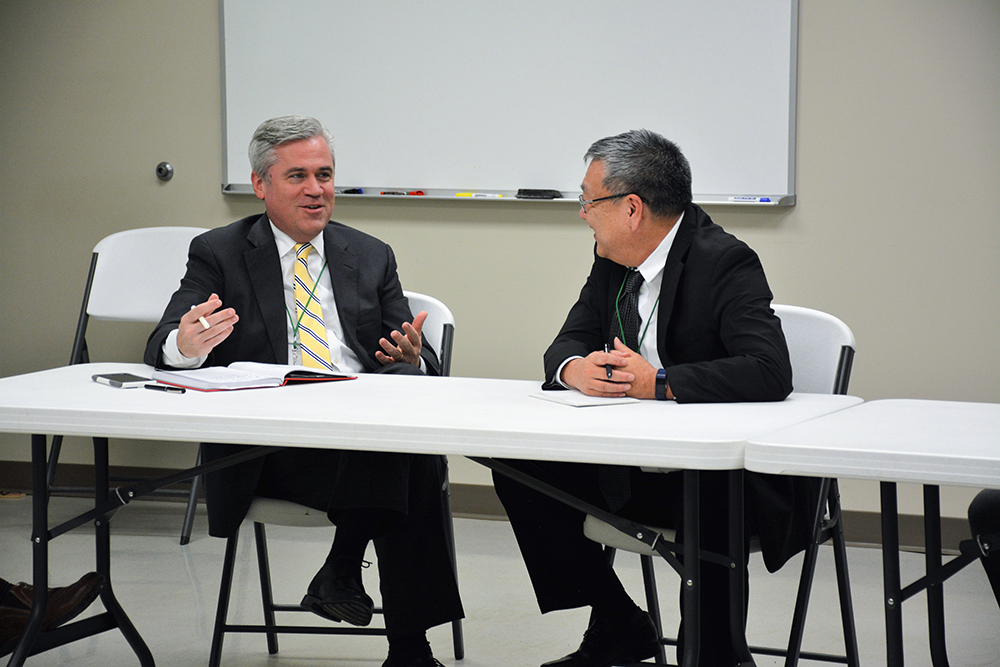 After what he calls an “eye-opening” meeting with Kentucky’s electric cooperatives, a Federal Communications Commission official says the discussion will lead to an ongoing partnership with co-ops to help rural Kentuckians.

Ishida briefed the co-ops on the FCC’s efforts to battle fraudulent robocalls. While Ishida focused on scams related to callers posing as Internal Revenue Service employees, every co-op at the meeting reported that scammers using similar methods have posed as co-ops in schemes threatening to cut off service unless the consumer-members send them immediate payment.

Co-ops caution that those receiving such a call should hang up and call their local co-op at the number on their bill.

Ishida also heard concerns about the need for broadband service for rural residents, which he says is a priority for FCC Chairman Ajit Pai.