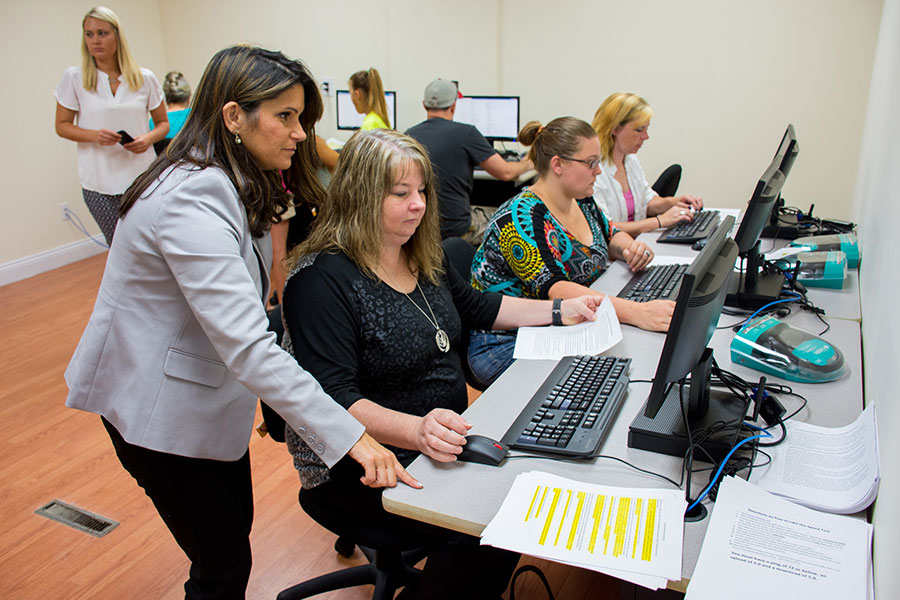 Jackson Energy is one of several community partners credited with bringing economic development and jobs to Owsley County at a recent celebration of the Teleworks USA Booneville Teleworks Hub.

The celebration held in Owsley County highlighted 60 full-time positions that have been filled by local residents since the Booneville Hub’s opening in July 2016. The hub is located in the Owsley County Action Team building, where Hub Manager Carla Gabbard assists prospective teleworkers as they prepare for remote-work opportunities.

“We’ve generated 680 telework jobs since January 2015 across all six of our current Teleworks Hubs,” said Michael Cornett, director of Agency Expansion for Eastern Kentucky Concentrated Employment Program Inc. (EKCEP), which operates the Teleworks USA program, “and that carries an estimated economic impact of $13.6 million in new wages paid to citizens of our local communities.”

For Owsley County, the estimated economic impact of 60 full-time jobs on the local community is $1.2 million.

EKCEP opened its first Teleworks Hubs in Annville and Hazard, and hubs are also located in Beattyville, Harlan, and Pikeville. A seventh Teleworks Hub is slated to open in Leslie County in spring 2017.

For a county that still averages almost 10 percent percent unemployment and has no large manufacturer, the Booneville Teleworks Hub was, in the words of Jamie Gaddis, Jackson Energy’s director of Community & Economic Development, a “collaboration of hope.”

“We are honored to be part of the Booneville Teleworks Hub and to help provide jobs to this community and the region,” Gaddis said. “This will allow the hope that people may now have a job without the burden of having to travel outside this county or moving away from their home.”