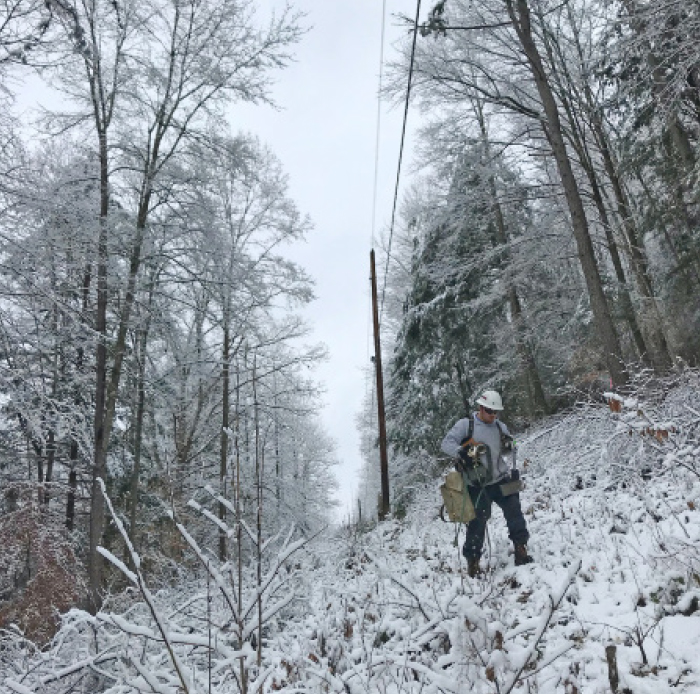 When March came in like a lion with a pair of extreme weather events in Kentucky and neighboring states, electric cooperatives stepped up to help each other restore power.

After a relentless 36-hour windstorm swept through the eastern United Sates, power in northern Virginia was knocked out to more than 400,000. Kentucky deployed 81 linemen from 13 co-ops to assist four Virginia electric cooperatives for an eight-day mission.

“We appreciate the mutual aid we received from our sister co-ops,” says Casey Hollins of Rappahannock Electric Cooperative. “Without the assistance, our restoration efforts would have extended far beyond what they were. We know there will come a day when another co-op will need our help, and we will be ready to answer the call.”

Indeed, just days after the linemen returned home, the mutual-aid network was deployed again, this time within Kentucky when heavy, wet snow downed tree limbs and power lines. Some of the same co-ops that helped in Virginia were now on the receiving end of cooperative assistance.

Because the national co-op network of transmission and distribution infrastructure is built to federal standards, line crews from any co-op in America are prepared to provide emergency support, secure in their knowledge of the system’s engineering.

“Thanks to these linemen who left their homes and families to help fellow co-ops in their time of need,” says KAEC President and CEO Chris Perry.

Each Kentucky co-op ensures it has crews available for all local needs before committing resources to mutual-aid requests.