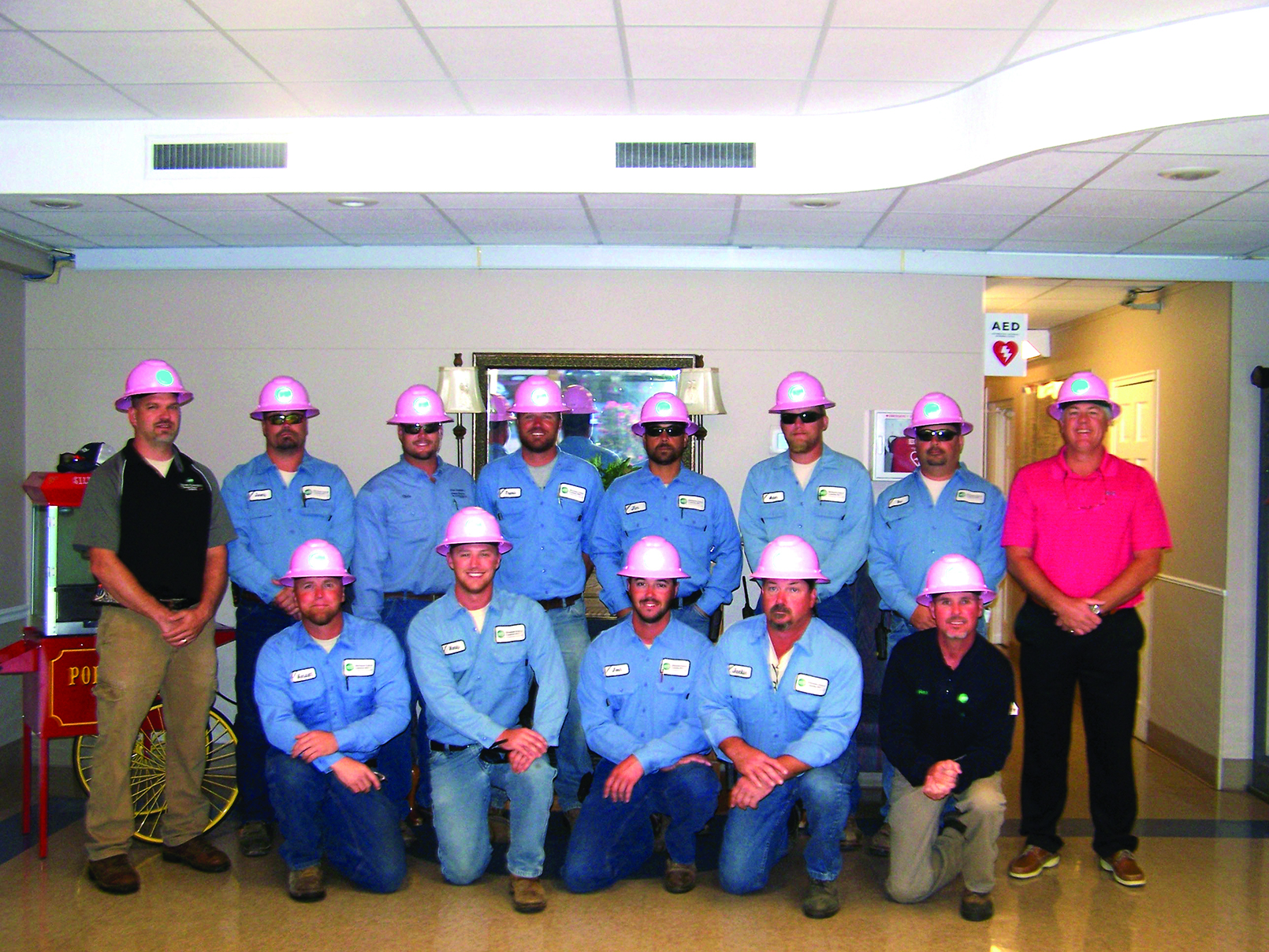 Supporting cancer fighters
HICKMAN
“We want to shine light on those who are in the fight.”

That’s the mantra the 10 linemen, two superintendents, and Manager Greg Grissom at Hickman-Fulton Counties Rural Electric Co-op adopted when they chose to wear pink hard hats to remind women to take advantage of the cancer screenings that can save lives.

“We had an overwhelming response from the linemen who felt the need to do this,” says Grissom. “We have had members of our co-op families diagnosed with breast cancer, and this is our way of showing support for them.”

To honor that achievement, Rocky Comito, deputy secretary of the Kentucky Labor Cabinet, recognized the cooperative’s employees with the Governor’s Safety and Health Award.

“Safety is first and foremost at Pennyrile Electric,” says President and CEO Eston Glover. “We are committed to providing our employees with a safe working environment. On behalf of Pennyrile Electric employees, I would like to say we are proud to receive this award and will continue to make safety our number-one priority.”

Editor’s note: Since this column was written, Hickman-Fulton Rural Electric Co-op Manager Greg Grissom was hired to replace Pennyrile Electric co-op President and CEO Eston Glover, who retired at the end of 2014.