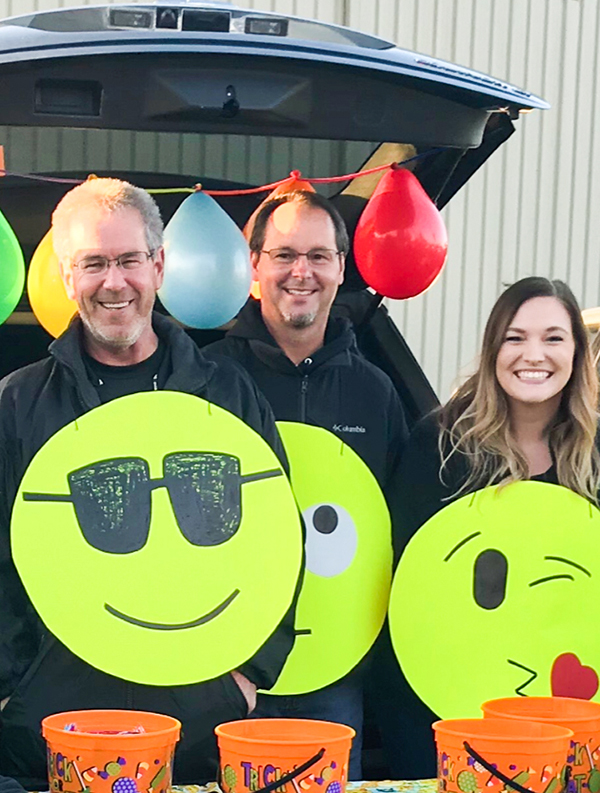 That kind of guy

Dewayne McDonald is that kind of guy—the one who gets involved, who leads, who does what it takes to make things happen for others.

McDonald, vice president of Engineering and Operations for Warren RECC, started his volunteering with the United Way.

“WRECC has always been a big supporter for United Way,” McDonald says. “In the early days, I gave because it was a company-organized event. From there, I learned more and got more involved.”

McDonald went from donating money to also donating his time on various committees and serving on the board of directors for seven years.

When his daughter, Makenzie, got involved in soccer, McDonald got involved as well, becoming a soccer booster. That later prompted him to join other parents at his church to organize a ministry called Game On Sports, an organization that blends sports and faith instruction.

McDonald is just that kind of guy.

The value of a few hours

You care for someone 24/7, putting your own needs aside. What would a few hours of rest and relaxation be worth to you? Or perhaps you find yourself in jail. What would it mean if someone came to minister with you each week?

Marlene Slayton knows the answers to those questions because she is the person who helps in both situations. Projects coordinator for Nolin RECC by day, Slayton for the past 17 years has volunteered after hours for Hosparus Health of Central Kentucky as a respite care provider and serves as a family support volunteer annually at a grief camp for families with children who have lost a loved one.

She also ministers to female inmates at the Hart County Jail each week, something she has done since 1999. Slayton sees herself as sowing seeds that will ultimately begin to grow.

“I feel blessed to be able to do these things,” she says.