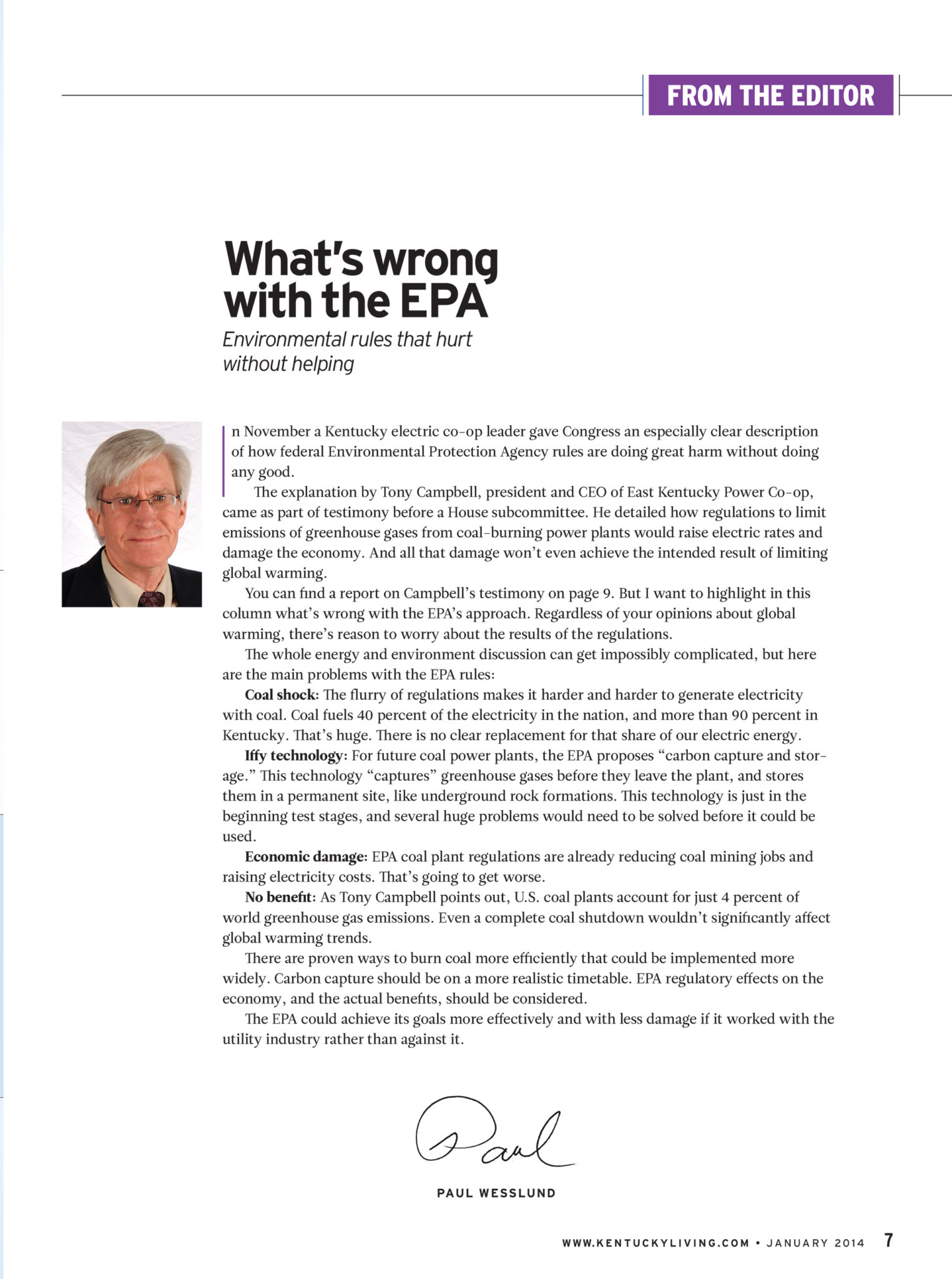 Electric co-ops around the state have been asking their members to send comments to the Environmental Protection Agency, about proposed rules restricting the use of coal-fired power plants for producing electricity. The draft rules were proposed this summer, and the deadline for people to comment was recently extended from October 17 to December 1. Here is a roundup of what three Kentucky co-ops did in the past few months to let their members know about the importance of urging the EPA to support all forms of energy to keep electricity reliable and affordable. You can comment by going to www.action.coop.

“As an electric cooperative, our role is to improve the quality of life by providing reliable electricity at an affordable cost,” says Paul Thompson, executive vice president and general manager of the co-op Tri-County Electric Membership Corporation.

“Coal has been a key component of the generation mix that allowed us to keep rates low. If the EPA’s latest proposals stand, our bills will drastically increase, and we don’t feel our members can afford that.”

To explain the crucial role coal plays, Tri-County first participated in an early campaign called action.coop. Today the co-op is taking part in a similar, locally tailored effort called takeactionKY.com. At Tri-County’s annual meeting, 299 members filled out cards to send to the EPA.

Tri-County Electric co-op serves members in both Kentucky and Tennessee.

“We are the 12th largest cooperative in the TVA service area and second largest in the state,” notes W. Scott Ramsey, CEO of Warren Rural Electric Cooperative. “If we aren’t speaking out, who is going to?”

Warren Rural Electric Co-op’s efforts to tell the EPA to “keep our lights on” included giving away t-shirts and collecting nearly 2,000 comments for the EPA, during the co-op’s annual meeting.