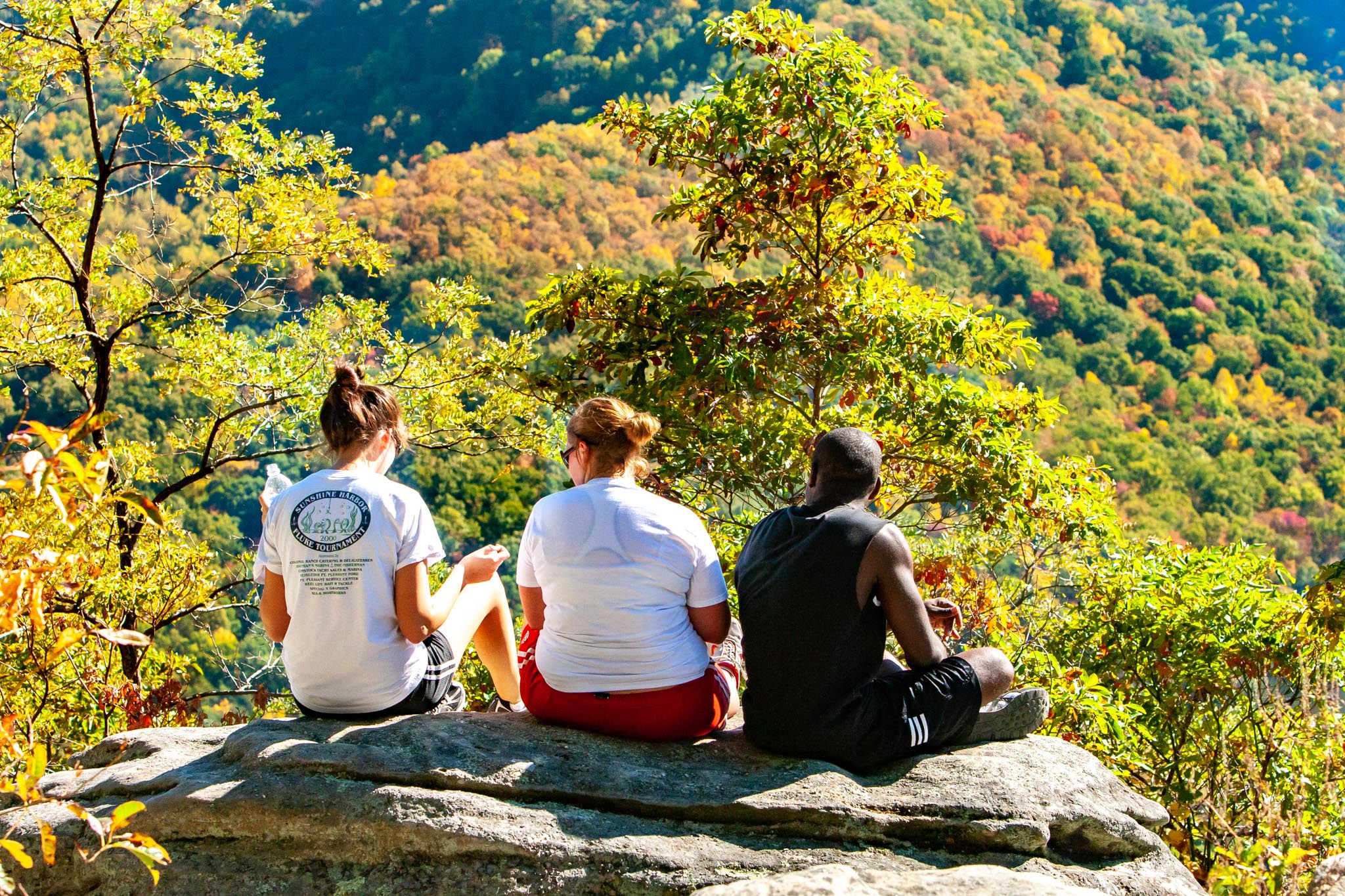 Whether you’re looking for an easy stroll or a strenuous hike with friends and family, you can find it in Kentucky’s knobs region. Photo: Chris Hayes

What’s smaller than a mountain, but bigger than your average hill? It’s called a knob, and it’s a hiker’s paradise. These rounded, typically isolated, geological features are plentiful across central and eastern Kentucky. Kentucky’s knobs provide hiking opportunities you can’t get in many states.

Knobs offer more challenges for hikers than the state’s flatlands and something different than toiling up one of Kentucky’s mountains—which explains their attraction for hikers.

Hiking mountains is hard work and takes training, says Christie Abrams, a consumer-member of Licking Valley RECC and an avid hiker whose family owns and operates Leave No Traces Adventures in Campton, in the heart of the Daniel Boone National Forest.

“It takes endurance. It takes a lot more than just being able to hike,” Abrams says. “And when you’re hiking knobs, you’re able to accomplish something major and something not so major.

“With flat hiking you get movement, you get motion, but with hiking knobs you’ve accomplished something. And you feel that success or victory every time you make it to the top.”

Officially, the western end of Kentucky’s knobs region begins near Louisville and continues southeastward through Lincoln County before turning northeast. If you look at the region on a map, it takes the shape of a 230-mile-long “U.” Several other knobs are outside this region, farther down into central and eastern Kentucky.

Michael Harr of Florence, who’s been hiking since he was a Cub Scout on many types of terrain, says knob hiking is one of his favorites because of the rewarding views.

“Fortunately, in south and eastern Kentucky we’re blessed with a lot of sandstone that also has a lot of cliff features, which creates a lot of opportunities for these overlooks,” says Harr, who manages the KentuckyHiker.com website. “If you go to the eastern part of the U.S. and you hike up knobs, you’ll just be surrounded by trees, and you won’t see anything.

Pilot Knob in the Pilot Knob State Nature Preserve in Clay City, about 22 miles east of Richmond, is a favorite spot because of its easy access.

The knob gains 730 feet of elevation over the course of a 1-mile trail. The caprock on the top—also known as Boone’s Overlook—is said to be the place from which Daniel Boone first observed the Bluegrass Region of Kentucky in 1769, a widely reported tidbit that has never been confirmed.

Though the trail is easy to access, the hike to the overlook at the top is considered strenuous. Hikers should educate themselves on the level of difficulty for any hike up a knob before embarking.

“The view from the top is the draw,” says Faith Oberg, a consumer-member of Clark Energy who lives in Stanton in Powell County. She’s climbed to the top three times. “The trail to the top is drudgery, but once you get to the top you can see for miles.”

Pilot Knob has public access; many knobs in the state are only accessible through private property.

The Marion County Wildlife Management Area and State Forest, between Lebanon and Gravel Switch, has paved parking, but has no trails and the climb is steep and rough. You make your own trail, and it’s recommended only for experienced hikers.

“If I were a beginning hiker of knobs that’s where I’d go,” says Chase Terry, forestry program specialist for the Kentucky Division of Forestry.

Terry says the knobs in the Indian Fort Theatre have good trails and are well-maintained. Some of these knobs allow you to bring your dogs, but others don’t, so it’s best to leave the pups at home unless you’re sure.

When hiking in the knobs, or in any other area, bring an ample amount of water. Pack a basic first aid kit, extra socks (in case you step in a mud puddle or your feet get wet) and some nuts or other type of protein snack.

You may also want to include your lunch to enjoy as you sit and rest at the top of a knob, taking in a magnificent view.

As with any hike, always let someone know where you’ll be hiking and what time to expect you back, especially if you’re hiking alone.

Pilot Knob in Powell County is actually higher than any point in the nearby Red River Gorge Geological Area. Find directions, tips and photos here.