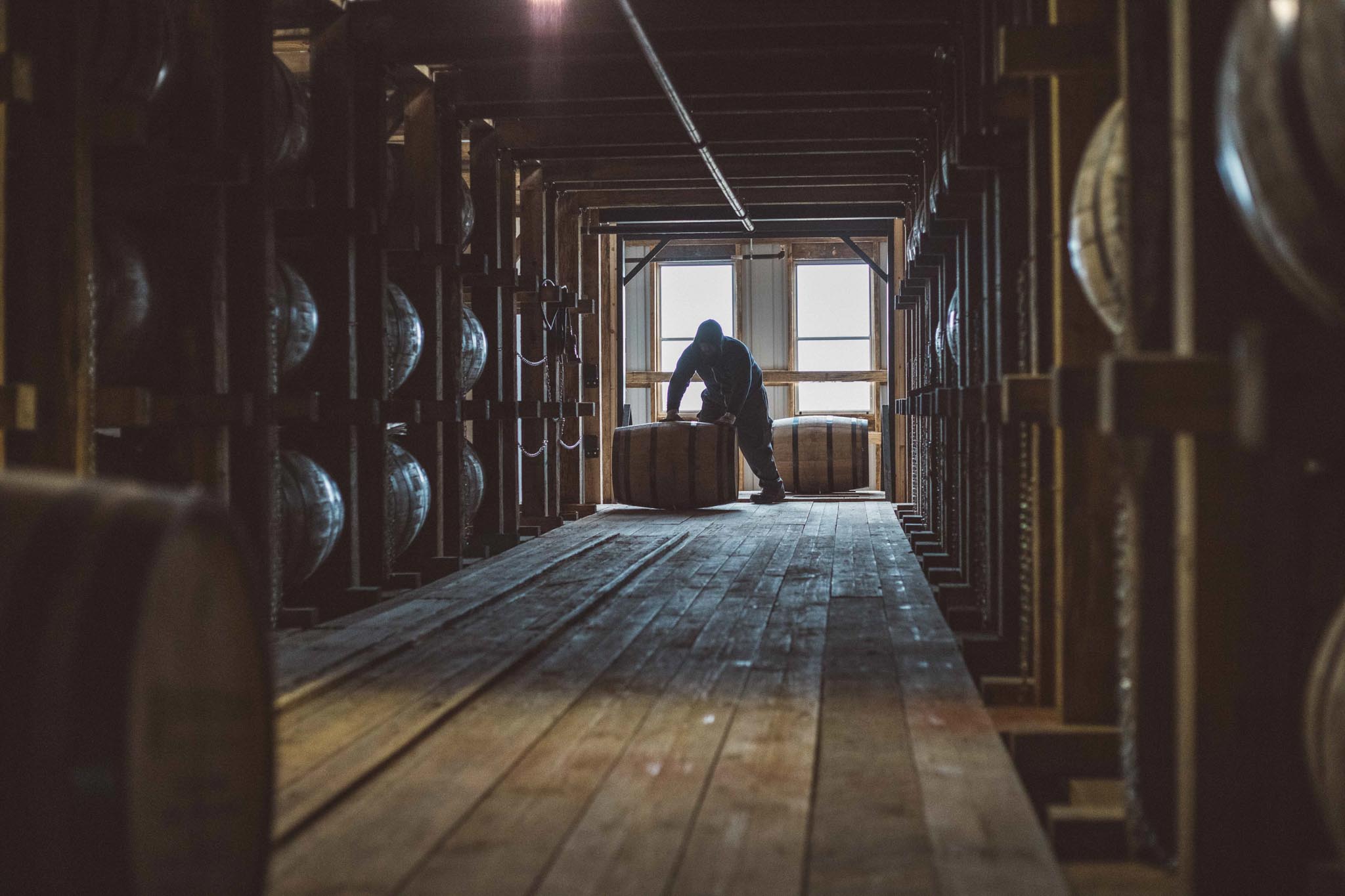 Rising from a grass field in the heart of Kentucky’s bourbon country in Nelson County, a wide expanse of clear glass windows not only reveals the inner workings of the sleek and modern Bardstown Bourbon Company, but it makes a statement: Bourbon is a big legacy of the commonwealth, and its future could be even bigger.

Two decades into Kentucky’s bourbon boom, the resurgence of the state’s signature spirit shows no sign of slowing. Producing 95% of the world’s bourbon, Kentucky led all states in whiskey exports in 2019 at $485 million, a 326.5% increase since 2004.

“It’s a great industry where everybody communicates with each other. We’re all friends,” says Mark Erwin, president and CEO of Bardstown Bourbon Company. “We certainly compete on the shelves, but the industry itself is all going upward, so we all help each other move upward.”

Even with a staggering $2.3 billion in capital projects completed or underway by 2022 in Kentucky, there still is room at the table for more distilleries, says Kentucky Distillers’ Association (KDA) President Eric Gregory.

“When you start looking at what the potential is, overseas especially, we have a long way to go before we even start to think about whether we’re at any type of saturation point,” Gregory says.

The state’s distilleries are on overdrive to meet the growing demand.

“In the past five years, some companies who used to produce for bourbon brands that don’t have their own distillery have moved away from that type of business because the demand for their own brands has grown,” explains David Salmon, one of several industry veterans who seeks to address the growing need for bulk spirits by resurrecting a shuttered distillery in Hickman.

After sitting idle since it was built and outfitted in 2008, the Jackson Purchase Distillery, served by Gibson Electric, began to roll out barrels in July for other companies. By next year, Chief Operating Officer Salmon aims to produce more than 25,000 barrels annually.

“It’s a hobby business for a lot of people, but we look at it as strictly a business venture to satisfy the market,” says Lloyd Jones, the distillery’s president. “It’s not for amateurs. You need to be a manufacturing person and have the expertise and the market set up because it’s not an easy market to break into necessarily with a new brand.”

With up to 85% of its product dedicated to other companies, the distillery has quadrupled its production since starting up five years ago. The 115,000 barrels it produced in 2020 place the company in the top 10 of U.S. distilleries. Last year, it distilled 55 unique bourbon recipes, called “mash bills.”

“Brand-new guys who just want to build a whiskey brand may have a good marketing idea, but they don’t have the product, so we help them throughout the full cycle,” Erwin says. “Meanwhile, an established distiller might tell us exactly the mash bill, the yeast, the temperatures throughout the fermentation and the cooking.”

In addition to scheduled tours and experiences, Bardstown Bourbon Company is also home to a restaurant and bar. One neighbor is Salt River Electric, the cooperative that provides the energy to power the intense operation.

“We’re right next door,” Erwin says. “We have to be good partners. We pass each other on the road every day. We know Salt River Electric is a great partner and we can’t do what we do without them for sure, and we’re glad they’re close by.”

About 15 miles to the south, recent expansions at Dant Crossing underscore the value of bourbon as an experience rather than just a product. Anchored by Log Still Distillery, the 300-acre destination is home to a state-of-the-art tasting room, multiple bed-and-breakfasts and a 2,000- seat amphitheater. Plans for 2022 include a fully functioning private train depot, a 20,000-square-foot wedding and events venue and a farm-to-table restaurant.

“We are thrilled to move forward in creating destinations that will bring vibrancy, jobs and economic growth to southern Nelson County and the state of Kentucky as a whole,” says Wally Dant, Log Still Distillery president/ distiller. “Southern Nelson County has been home to generations of Dants, and we are honored to help put it back on the tourism attraction map.”

After a 66% plunge in bourbon tourism in 2020 due to the COVID-19 pandemic, visits to distilleries are on the rebound, according to KDA’s Gregory. The industry also continues to deal with a 35% drop in Kentucky bourbon exports because of an international trade war. In 2018, the European Union added a 25% tariff to American whiskies in retaliation for the U.S. adding a tariff to steel and aluminum imports.

Despite the challenges, the sustained bourbon boom is echoing through rural Kentucky.

“A lot of these historic distilleries were built in rural areas, usually near a water source. Now that they are being resurrected and revived, they are going to be on co-op lines,” Gregory says. “Electric cooperatives are great partners and distilleries are great co-op members. Distilling is usually a two- or three-shift business, so they use a lot of the low-cost electricity provided by co-ops. That just makes me smile.”