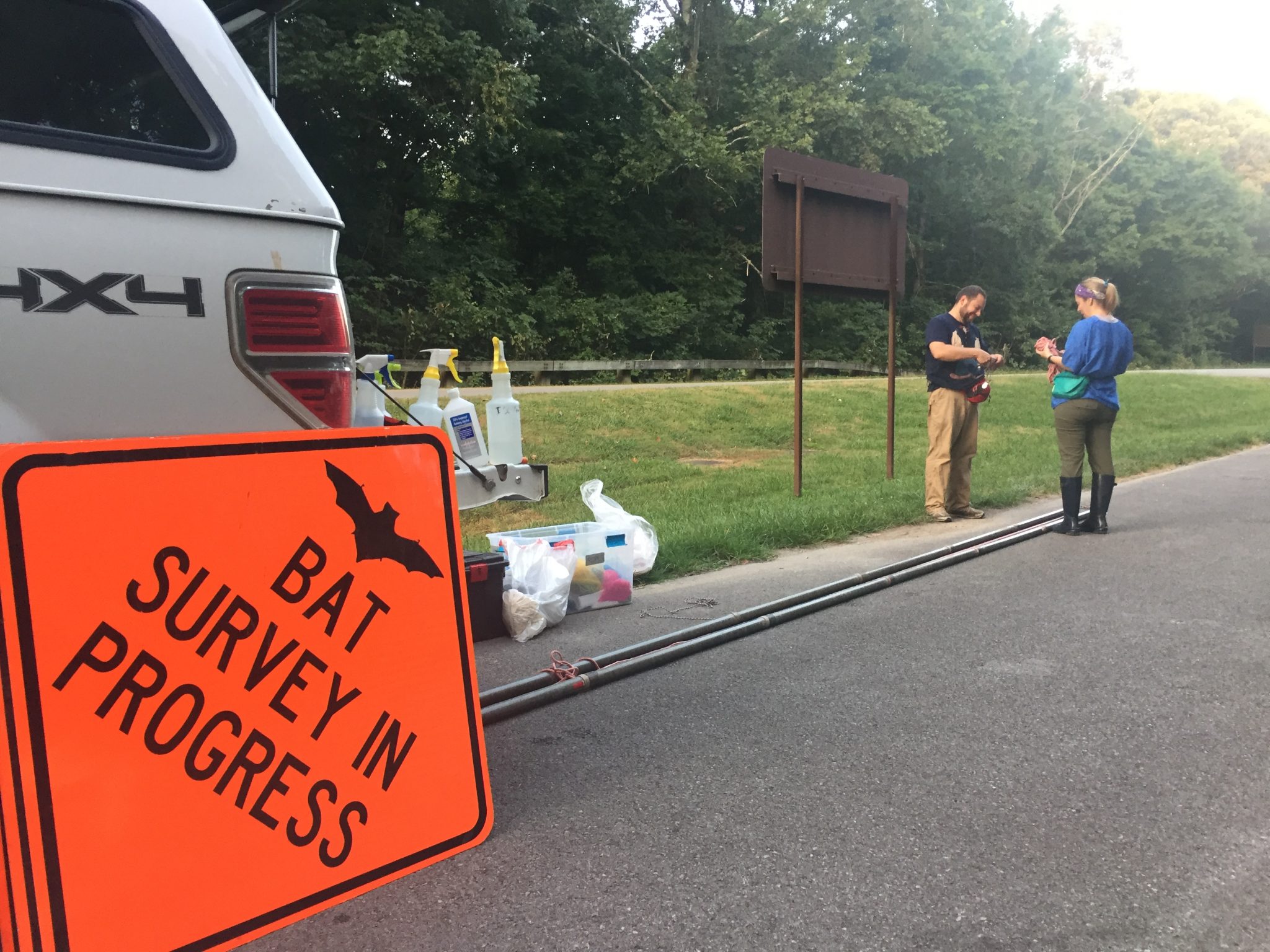 Biologists prepare for a night of capturing and testing bats in Mammoth Cave National Park.

Mammoth Cave checks on the health of its bat population

During the week of July 23, more than 40 bat biologists converged at Mammoth Cave National Park to get a snapshot of the health of the park’s summer bat population. The park hosted the 2017 Southeastern Bat Diversity Network (SBDN) Bat Blitz, and biologists traveled from across the region.  Each night, for three nights, they dispersed to sites all over the park to gather data on bats.  This Bat Blitz is the 16th that the SBDN has sponsored and its first in Kentucky.

The biologists set up several nets, which is the safe way to capture the flying mammals.  The bats were identified, measured, weighed, and some received a band to allow them to be tracked in the future.  After they were examined, all bats were released.

The park and bat scientists will use the capture data to understand how bats use the park, to look at bat populations, and to allow the park to more effectively manage its resources to protect bats.  These data will also allow the park to assess the effects of white-nose syndrome (WNS) on park bats.

“We’ve been netting like this for years and years, and we can tell that the numbers are down,” said Steve Samoray, president of SBDN. “We’re losing thousands and thousands of bats in our area, and these bats are important because they take out a lot of the insects. We are trying to see if the populations have really been knocked down enough that we should be concerned.”

WNS is a disease that has killed more than 7 million bats since it arrived in North America in about 2005. It was first found in the park in 2013 and has led to a more than 90 percent decrease in the number of little brown bats now found in the park.