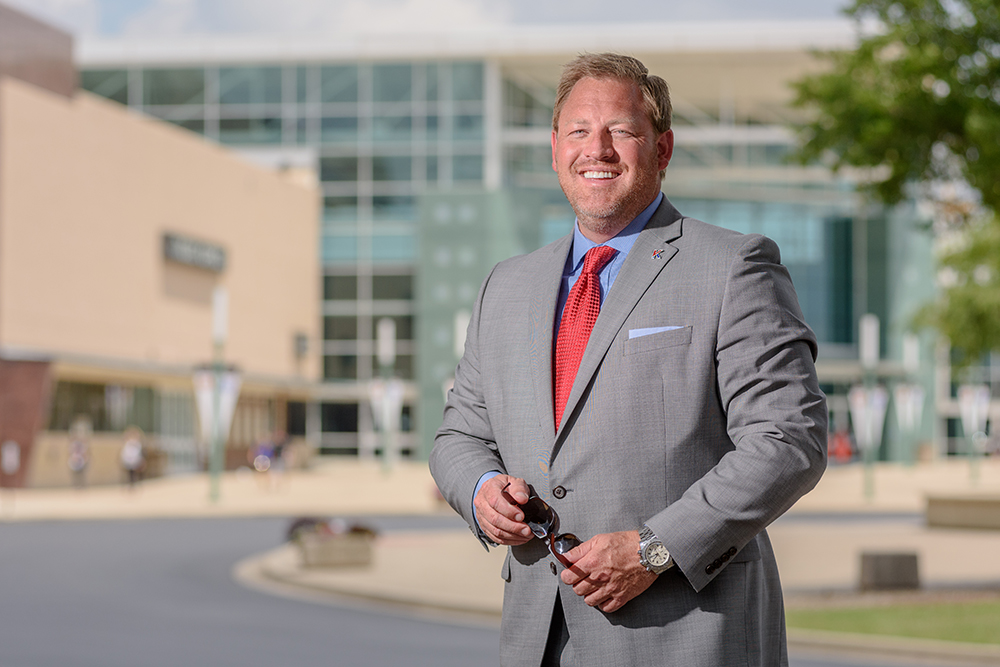 What group brings in nearly 2.3 million visitors to the state each year? Hint: they produce the Kentucky State Fair.

Jason Rittenberry says, “I applied without hesitation” when the position of president and CEO of the Kentucky State Fair Board became available in late 2016.

Both facilities and each of the in-house produced events bring well over 2 million visitors to the state every year. In 2016, Kentucky Expo Center hosted 191 events (including the state fair), 2.1 million visitors, and contributed $206 million in economic impact, while the Kentucky International Convention Center in downtown Louisville drew 186,000 visitors during 100 events, with nearly $54 million in economic impact. Remember that KICC closed in August of 2016 for expansion and renovation, so those numbers are for the first seven months of 2016.

Public events at the Kentucky Exposition Center attract local and regional attendees, including the Kentucky State Fair. However, most conventions, meetings, and trade shows attract out-of-state clients and visitors, which account for the millions in economic impact for the state.

Rittenberry says, “The expansion and renovation of KICC is a $207 million project. When it reopens in August 2018, the expanded exhibit hall, ballroom, meeting, and lobby areas are expected to increase business by up to 25 percent. Currently, we have 50 conventions and meetings booked beginning in August 2018 and continuing through 2024.” He adds, “The renovation and expansion project—and ensuing business—has spurred an anticipated 47 percent increase in the number of downtown hotels and 32 percent increase in hotel rooms.”

Kentucky Venues’ governing body continues to be the Kentucky State Fair Board, which sets policy and hires the president and chief executive officer. The board is appointed by the governor and includes the commissioner of the Kentucky Department of Agriculture, Kentucky Farm Bureau representative, Dean of the UK College of Agriculture; current state presidents of 4-H and FFA; representative of the American Saddlebred Horse Association; Louisville Convention & Visitors Bureau; representatives of animal agriculture and agribusiness; and at-large members.

A graduate of the University of Memphis, Rittenberry has more than 16 years of venue management and live event experience, primarily in the motorsports industry.

In addition to enjoying travel for work and fun, Rittenberry says, “I am a very active dad to my two kids, including coaching my son’s baseball team and being a regular at my daughter’s dance competitions and recitals. Baseball and football are sports I enjoy, including Tennessee Titans games with my kids.”