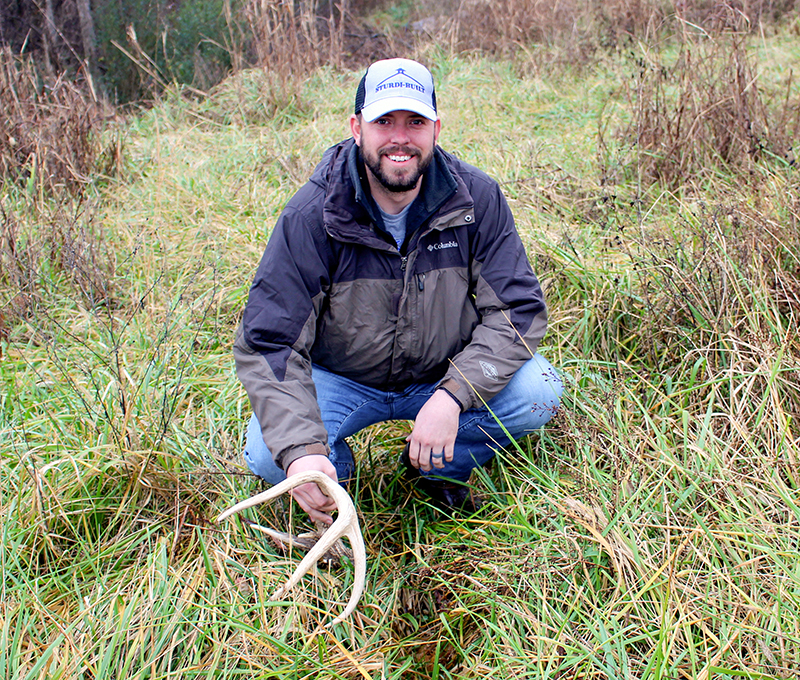 Shed hunting is in peak season this time of year

Another deer season passed, and you didn’t get that big, 12-point buck you’ve seen in your dreams. But all is not lost. Nice deer antlers can be found just laying on the forest floor or in the middle of a field, especially February through March.

With a little knowledge you can find some for yourself, and when you become really good at it, you’ll have enough to create uniquely beautiful antler displays. I’ve seen everything from antler knife handles, to antler toilet paper holders to antler table lamps and stunning antler chandeliers worth thousands of dollars.

This popular late winter/early spring pastime is known as “shed hunting.” Each year whitetail bucks shed their antlers by rubbing them against rocks or trees or by simply shaking their heads.

Within days they begin to grow new ones, which will remain on the deer through the rut (breeding season), which peaks in November. With each passing season healthy bucks will grow even larger ones than the year before, using them to attract females and fight off competing bucks.

Young males begin their antler growth as “button bucks.” Those little nubs will grow to eight or nine points by the time the deer is around 3 years old. A male reaches the peak of his antler growth at about age 5 or 6. These are the bucks that could have 12 points or more—in other words, a huge set of antlers that is breathtaking to see for both sportsman and wildlife watcher. Imagine finding a shed antler from one of those guys.

You won’t have much luck finding antlers by blindly walking through forest and field. You need to know where to look. My nephew, Jake Altman, a member of Taylor County Rural Electric Cooperative Corporation, happens to be an avid shed hunter.

“I’ll look for sheds along deer trails, bedding areas and places where they feed,” he says. “It’s common sense. You won’t find antlers where there are no deer.”

Jake says he especially likes to check deer trails that run through cedar thickets: “They get all tangled up in there and pull off their antlers.”

Both antlers may come off at the same time or the buck may shed only one and not the other for days or weeks. Consider it a real find if you discover two together.

Jake says over the years he’s found dozens of antlers. “I’ll mount them on the wall and also make some things out of them. Also, it’s a fun way to get some exercise and get your kids interested in the great outdoors,” he says.

Maybe this year, add shed hunting to your portfolio of fun outdoor activities.