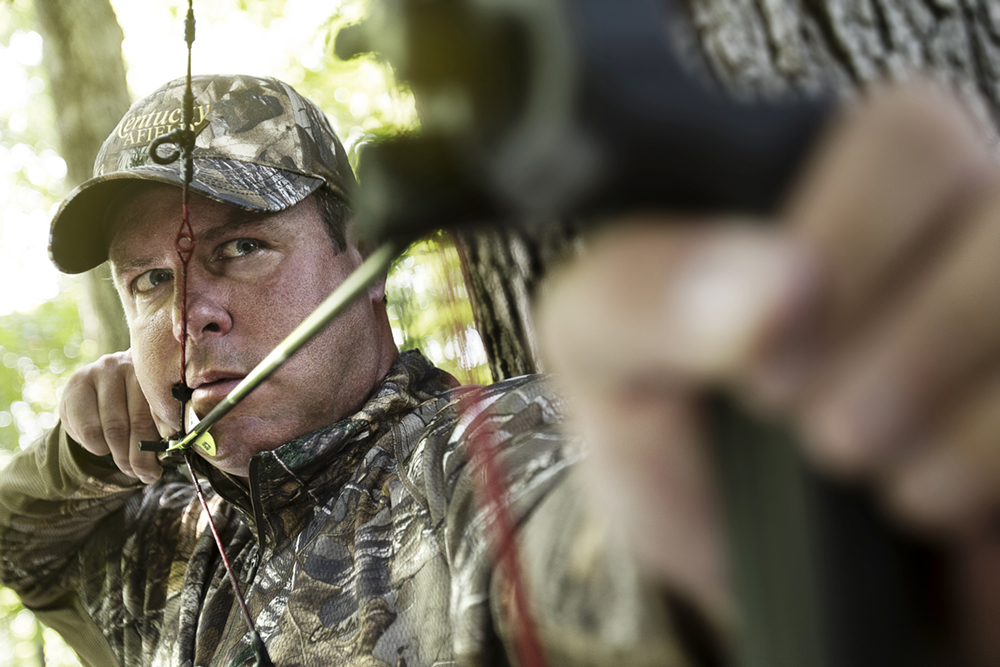 For outdoors enthusiasts, it is hard to match fall in Kentucky.

And if you are a hunter—whether of small game, big game, migratory birds, waterfowl, or all of the above—there is no more anticipated time of the year. Fall offers an abundance of hunting seasons, and there are more than 1.5 million acres of public land scattered throughout the state on which to hunt.

“It doesn’t matter what part of the state you live in—from east to west, north to south—we have tons of opportunities to get out and pursue game,” says Chad Miles, host of the Kentucky Afield television show on KET. “It just depends on your willingness and what you want out of it.”

Generous hunting seasons and comparatively reasonable license and permit fees have helped make Kentucky a source of pride among in-state hunters and a bucket list destination for others.

Kentucky carries a reputation as being one of the premier states for white-tailed deer. The 2016-17 deer harvest was the third highest on record and again yielded dozens of trophy bucks.

The state’s elk herd is the largest of anywhere east of the Rocky Mountains. The past two seasons produced new state records and five of the 10 largest bull elk taken in Kentucky since the species was reintroduced two decades ago.

Wild turkey populations have rebounded thanks to restoration efforts that continued into the 1990s. Quail populations continue to respond to habitat improvement efforts, and a coordinated push is now underway to restore populations of ruffed grouse in eastern Kentucky.

“Kentucky does have a wide diversity of options for the sportsmen and women to go out there and pursue. We are really lucky that our state’s Fish and Wildlife has introduced new programs, such as the elk. They’ve started to bring back some of the quail. The turkey program was new to them, I think, 20 or 30 years ago. We barely had any turkeys in the state of Kentucky and now it’s one of the most popular hunting seasons that we have … We’re pretty doggone blessed to have what we do.”

The Kentucky Hunting and Trapping Guide, available online at fw.ky.gov and wherever licenses and permits are sold, provides information about these hunts.

The lay of the land

The Kentucky Department of Fish and Wildlife Resources divides the state into five wildlife regions—from the wetlands and wide-open spaces in the Purchase Region of west Kentucky to the rugged terrain of the mountainous Southeast Region. Like the state’s distinct geographic regions, each offers hunters a different look and feel.

Hunters without access to private land have good options.

The department alone owns, leases, or manages more than 80 areas for public hunting. That’s not counting the sprawling Daniel Boone National Forest in eastern Kentucky, Land Between the Lakes National Recreation Area in Trigg and Lyon counties, and other public lands that dot the landscape.

As Chris Garland scans the Hunting and Trapping Guide’s public lands hunting section, he wrestles with picking the best options from each of the five regions.

“I hate to narrow it down,” says Garland, assistant director in the department’s Wildlife Division. “We have so many good areas across the state. Even the small ones can be really good to hunt, especially in west Kentucky and the Green River region where the population density is a little less intense.”

In the Purchase Region, the Ballard, Boatwright, and Doug Travis wildlife management areas lead the way for waterfowl hunting and the West Kentucky WMA for upland game and deer hunting. A youth-mentor deer hunt scheduled for November 18-21 at West Kentucky WMA is new for the 2017-18 season.

“Big Rivers added a new tract last year and the entire area offers tremendous deer and turkey hunting opportunity,” Garland says. “Peabody is a premier area for small game and it’s not to be overlooked for deer or turkey. If you want waterfowl, Sloughs (WMA) is our premier waterfowl area for the Green River Region.”

Kentucky’s fish and wildlife agency takes a four-zone approach to its management of the state’s deer herd. Deer-hunting regulations are most liberal in Zone 1 counties, as hunters may harvest an unlimited number of antlerless deer using additional deer permits.

More than half of the counties in the densely populated Bluegrass Region are in Zone 1, which helps explain why it annually produces the largest deer harvest of any wildlife region. The region added the 2,890-acre Rolling Fork WMA in Nelson and LaRue counties last year; Stephens Creek WMA in Gallatin County is new this year. In addition, several WMAs in this region will be open for the December muzzleloader season and youth gun deer seasons due to regulation changes.

“You can’t go wrong in the Bluegrass Region with Kentucky River WMA and Rolling Fork WMA,” Garland says. “Rolling Fork is unmanned, so it’s not as intensively managed. The size of the area alone warrants good hunting, primarily deer and turkey, but you do have the Rolling Fork River that cuts through the property and may offer some good waterfowl hunting.

“Taylorsville Lake WMA has excellent deer and turkey hunting and decent waterfowl hunting when the conditions are right.”

The Northeast Region, incorporating the outer Bluegrass and Appalachian foothills, yields some of the state’s

biggest bucks each fall. This region is home to Clay WMA in Nicholas, Fleming, and Bath counties. It offers the unique opportunity to bag ruffed grouse, bobwhite quail, and woodcock when all three seasons are open. It also hosts quota hunts for deer and pheasant.

“There has been a substantial amount of early successional habitat work as well as forest management for the benefit of upland game at Clay WMA. The forestry work is benefiting deer and turkey and potentially grouse,” Garland says.

He also points out good opportunities at Grayson Lake, Dewey Lake, and Yatesville Lake WMAs.
While parts of the Daniel Boone National Forest stretch into the Northeast Region, the bulk of it lies in the scenic Southeast Region. Most of the forest is open to hunting free of charge, according to its website, and there are five wildlife management areas nestled within its bounds.

“Outside of Kentucky Ridge State Forest and WMA, (the places) where we’re devoting most of our manpower in the Southeast Region are the Beaver Creek and Lake Cumberland wildlife management areas,” Garland says. “Those are heavily forested, wilderness-type areas. A lot more turkey, but there are some big deer there. Don’t expect to go there and see the numbers of deer you’re going to see at Big Rivers, but if you see one there’s a good chance it’s going to be a good one.”

Green River Lake WMA in Taylor and Adair counties is another option to consider. Crews have been working there to improve habitat and it’s arguably one of the best spots in the Southeast Region for waterfowl, Garland says.

The first fall hunting season opened in August. Squirrel hunting is steeped in tradition and a great entry point

for new hunters. Likewise, so is dove season, which opens statewide in early September, right around the time the archery deer season kicks off across the state.

Among squirrels, doves, deer, and everything in between, Kentucky offers hunters a wealth of opportunities in the fall.

Be sure to check out the appropriate hunting guide produced by the Department of Fish and Wildlife Resources before you go. The hunting guide for dove, early waterfowl, woodcock, snipe, and crow typically publishes in August. The waterfowl guide covering November–March hits the streets in October.