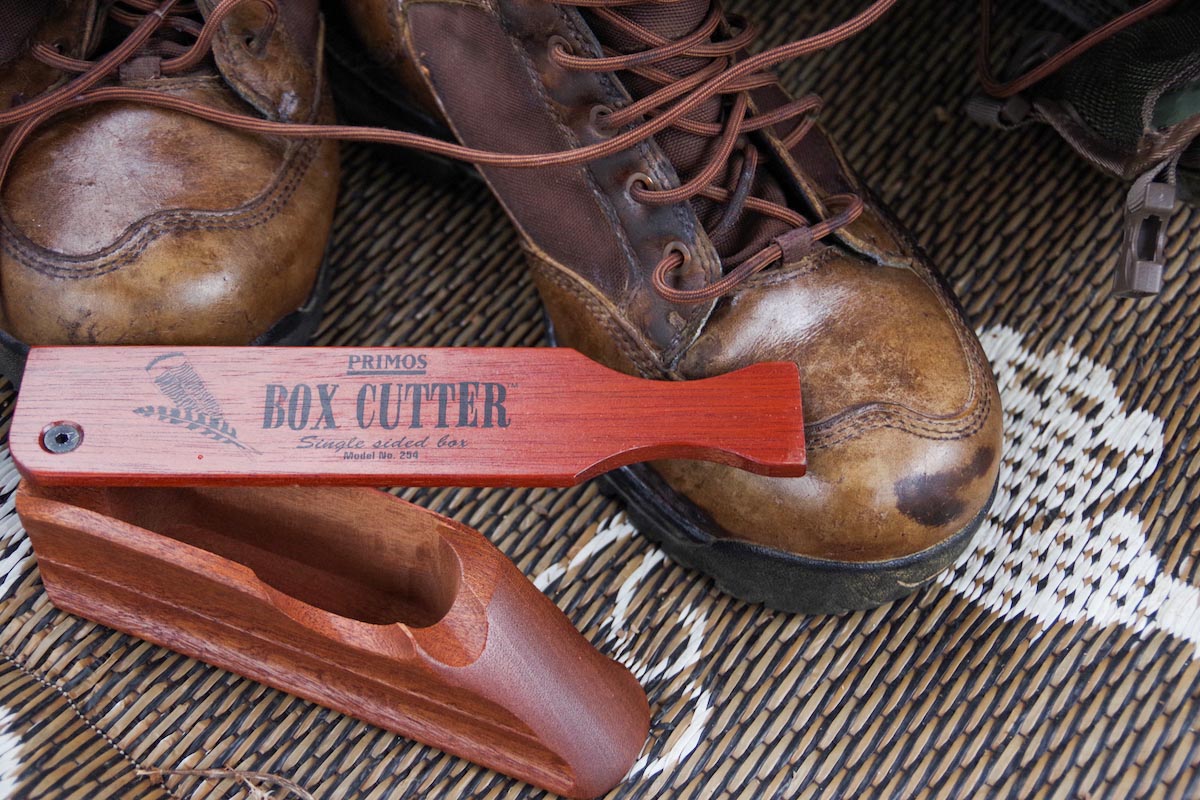 You might take a male tom turkey during the spring turkey hunting, which begins April 17 and lasts 23 consecutive days, especially if you use a turkey box call, as shown. Photo: Ken McBroom

IT’S NO WONDER so many folks have caught turkey fever. The woods are greening up and the birds are singing. Turkey hunting has become the remedy to cabin fever across America, and Kentucky offers many excellent turkey hunting opportunities.

There are few greater moments to a turkey hunter than spotting a few mature male toms strutting along a ridgeline on a calm spring morning. You hit the slate turkey call lightly to keep them coming and two of the toms let out a gobble then swell back up. Another begins to spit and drum as they slowly approach your setup in full strut with fans on display. Getting outdoors after a long winter can be exhilarating.

Wild turkeys are plentiful across the state. Whether you want to hunt in the Daniel Boone National Forest or the farmlands of western Kentucky, there are loads of opportunities. You can choose one of the state’s many wildlife management areas or knock on a few doors to gain permission to hunt on private property. The Kentucky Department of Fish and Wildlife Resources (KDFWR) works hard to gain access and hunting opportunities for hunters across the state. After doing a little research, you might be surprised at how much public land is prime turkey habitat, and many areas have easy access for hunters.

Zak Danks, KDFWR program coordinator for ruffed grouse and wild turkey, has an encouraging message for turkey hunters this season: “The hatch was better than average for both 2018 and 2019. This will provide plenty of mature toms to hunt.” He says many wildlife management areas see little pressure—so this is great news for those who rely on public lands in their hunting pursuits.

The C.F. Ataya Wildlife Management Area, in Bell, Knox and Leslie counties in southeastern Kentucky, has more than 50,000 acres of reclaimed surface mining claims mixed with forested land. Managed by The Nature Conservancy and KDFWR, the Ataya WMA has good numbers of wild turkeys, Danks says.

Kentucky turkey hunters know when turkey season is near. The shotguns are patterned and the gear is prepared well before the season opener, which is April 17 this year. If you are new to turkey hunting or want to take it up, feel free to send me an email or find a turkey hunter to learn more. Hunters are willing to introduce new folks to turkey hunting.

A youth-only turkey hunt, for 15 and under, is the first weekend of April; this year it is on April 3, which is two weeks before the regular season. Youth must have a hunter education certificate to hunt.