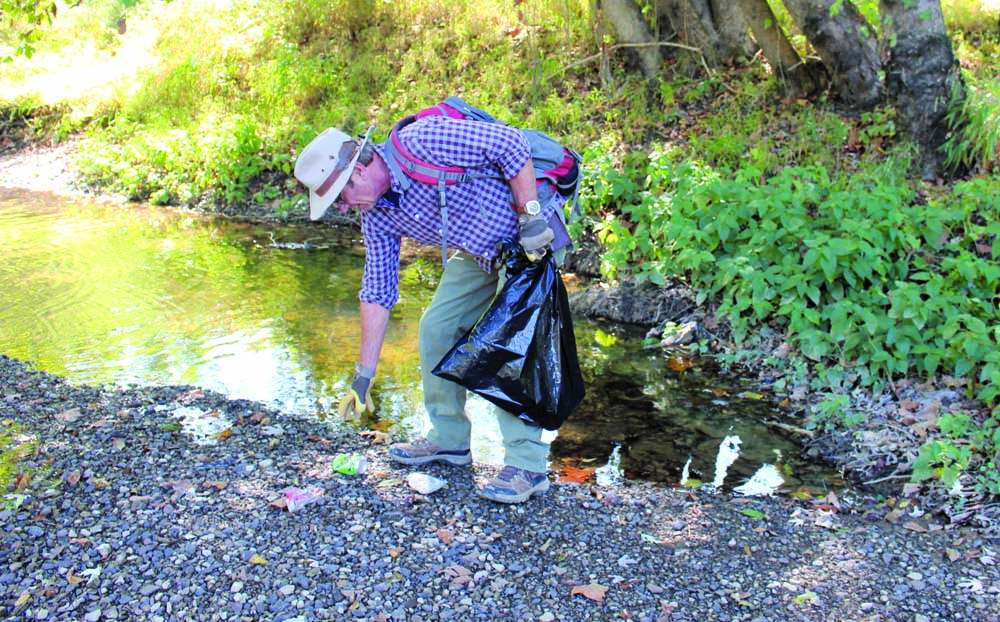 Resolve to pick up litter in the great outdoors

Travel out to the American West and see how difficult it is to spot even the smallest amount of garbage on the side of the road. I suppose most people out there have a deep appreciation for the natural beauty around them. You’d think that would be the case in Kentucky, too, but all too often it’s not. It is time for those of us who love the great outdoors to look around—and take a look in the mirror, too.

The cleanup of illegal open dumpsites costs the state and local governments millions of dollars a year. Since tracking began in 1993, over 26,053 Kentucky open dumpsites have been addressed at a cost of $80.7 million, according to the Kentucky Division of Waste Management.

I can’t count the times I’ve come across white foam containers that once held night crawlers, or the remnants of campfires with half-melted plastic water bottles, beer cans, soft drink cans or glass still painfully visible. To see that is deeply disturbing to me because these were left by folks who love recreating outside just as I do.

Where is that appreciation for the natural beauty around us? Remember that old TV public service announcement that showed an aging Native American with tears rolling down his face when he looked at garbage alongside a river? Maybe it’s time to bring that spot back.

The half-melted plastic water bottle will take about 450 years to completely decompose. It will take an aluminum can 200 years to break down—and glass won’t decompose for a million years.

One plastic bottle tossed alongside a trail on a mountain in eastern Kentucky, for example, has a strange way of winding up in the ocean. Rain and wind take the bottle down the hill and eventually into a river or stream. Rivers lead to bigger rivers like the Ohio and Mississippi, taking the bottle all the way to the ocean, where untold tons of plastic are already laying on the ocean floor or floating.

Each of us can do small things to make a difference. We can stuff a trash bag down in our backpack and make a New Year’s resolution to pick up just three pieces of trash (cans, plastic bottles, glass, paper, etc.) while hiking or camping. Think of what a difference we could make collectively. We could also keep an eye out for illegal dumpsites and report them to the authorities.

Tourists who visit our state don’t need to see trash along a stream or on the side of the road. Let’s do something about it in 2020.