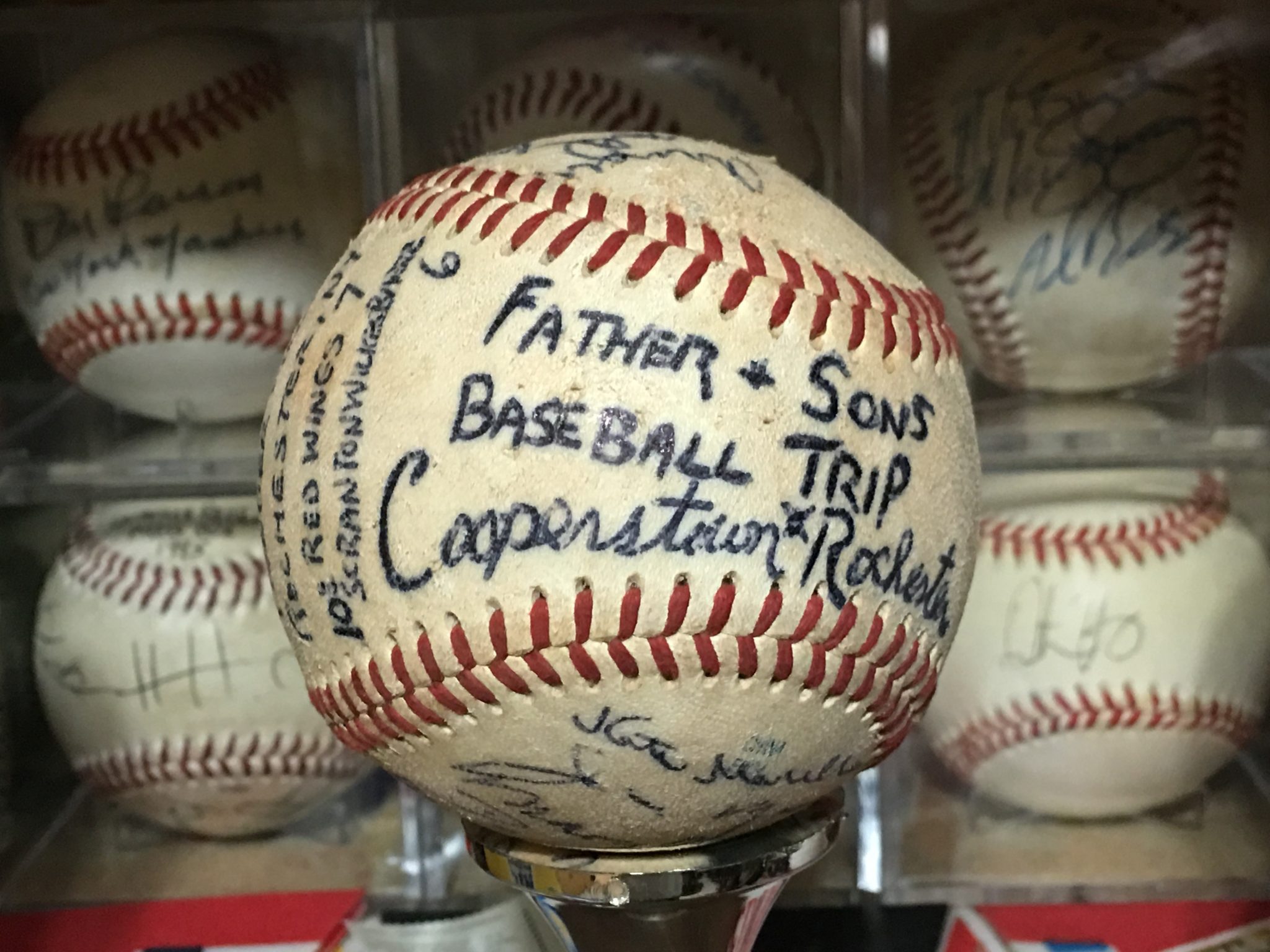 Editor’s note: This column originally appeared as a blog post on WHAS11.com on July 28, 2008, one of a series of posts awarded an Emmy for blogging. Former WHAS-TV anchor/reporter Joe Arnold is now Vice-President for Strategic Communications at Kentucky Association of Electric Cooperatives, the publisher of Kentucky Living.

For the last five years or so, my father, brother, and I have embarked upon a “baseball trip,” a chance for the three of us to travel together, see some baseball, and make new memories. Never could I have known how significant our Hall of Fame trip would be.

Prior trips had taken us to Fenway Park in Boston and Wrigley Field in Chicago. With the birth of my two sons since 2004, my travel opportunities limited us somewhat to one last game at the old Busch Stadium in St. Louis, and the next year, one game at the new Busch Stadium.

In 2007, however, we decided to hit the road again. My brother, Rick, had always pushed for a trip to Cooperstown and the National Baseball Hall of Fame and Museum. I had always thought it was a good idea, but it’s cumbersome. Cooperstown is not really near anywhere. After a one-stop flight from Louisville into Albany, New York, it’s an hour and a half drive through the foothills of the Adirondacks.

We made the trip August 8, 2007. It would be the last baseball trip for the three of us together. My brother died March 6, 2008. He and I had been talking about where to go this year; now I can hardly ask my dad if we should do anything.

I took along a WHAS11 mini-cam on our trip and got the Hall’s senior curator to give us a tour of the vault under the museum, where most of the artifacts are stored. I asked to see anything related to Louisville baseball history, of which the Louisville Slugger baseball bat is the most prominent. But major league baseball in Louisville ended in 1900 when the Colonels merged with the Pittsburgh Pirates, and very little of 19th-century baseball history has survived.

I also brought along a few items from my own collection, including some scrapbooks I picked up in a box lot auction in Louisville about 10 years ago and a memento from my youth as a St. Louis Cardinals fan.

When St. Louis outfielder Lou Brock got his 3000th hit in 1979, the St. Louis Globe Democrat published a series of photos that, when taped to index cards, made for my own mini-instant replay of Brock’s swing. Curator Tom Scheiber said the scrapbooks were nice but not unique. Yet he flipped for my Lou Brock “flip book,” saying he had never seen anything like it.

After review by the submissions committee, the Hall of Fame decided to accept my donation of the flip book, promising that they will cherish it and preserve it forever. The next time someone handles it, they will have on white gloves.

It was just one highlight of a trip of a lifetime. We had an amazing time, taking our time in the exhibits, talking baseball and just rediscovering each other as father and sons.

For a variety of reasons, my tapes from that trip sat on my WHAS11 desk for 10 months, until I pitched my story “already in the can” to new News Director Genie Garner. She came to WHAS11 from St. Louis. I just knew she would approve it, and she did.

Then came the hard part, reviewing my tapes from a happier time, the time before my brother’s death. And suddenly there he was looking into the camera, describing our first day of the trip, ready to drive into Cooperstown. I treasure his voice and visage on this tape, and how I wish I had spent less time with my camera trained on dark HOF exhibits and more on him.

For baseball fans, the pastime is as much an idea as an event. It’s as much about how you pass the time between pitches as it is the bursts of action in a game. It is father and sons just being together, exchanging thoughts in the shorthand way that comes with having spent a lifetime together.

On each trip, we all signed our names to three baseballs, one for each of us, and I would add game stats and stadium information to the balls. They were my Christmas presents to Dad and Rick each year, with photos of the trip inserted into the ball cube.

On the morning of my brother’s funeral, I laid one of our Cooperstown baseballs next to him in the casket.
There is something timeless about baseball. And like the game, my brother will live, forever.

Which reminds me, as a 12-year-old in 1979, I wrote a narration on my new Lou Brock flip book, chronicling that my father, Richard Arnold, 45, and brother Rick Arnold, 17, witnessed the 3000th hit. That index card, with my brother’s name, is now in the Hall of Fame.