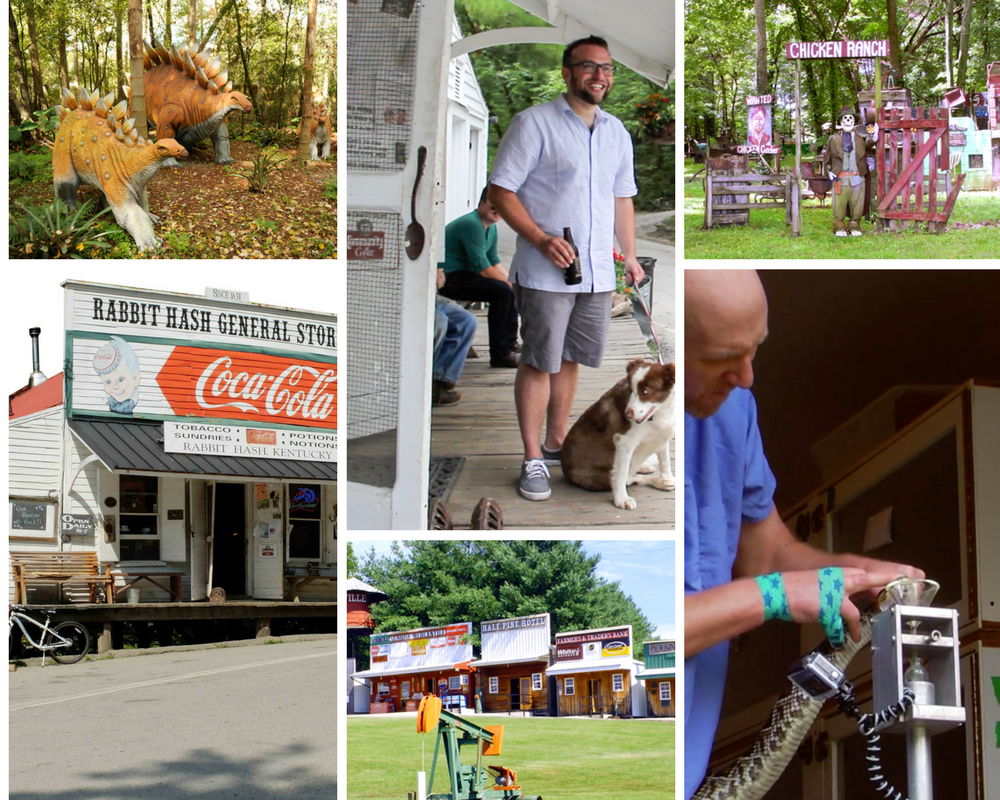 One curious Kentuckian, Steven Middleton, a documentarian and instructor of convergent media at Morehead State University, has already mapped out 16 of the best roadside attractions the state has to offer in his documentaries, Commonwealth Curiosities: An Ode to Kentucky’s Unique Attractions, Volume I and Volume II.

“All the roadside attractions in Kentucky are operated by natural storytellers,” he says. “They are excited to talk to people who visit. They love what they are doing and when people can share in their passion.”

His fascination with roadside attractions started at a young age. Middleton recalls taking family vacations to an airplane graveyard in Arizona, an alligator attraction in the middle of the desert, and the largest rose bush in the world.
Watch Steve’s documentary “Between the Rock and The Commonwealth”

For those who don’t have time to visit all 16 roadside attractions featured in his documentaries, here’s a reduced, must-see list curated by Middleton himself.

Middleton’s journey of creating Commonwealth Curiosities began in a prehistoric location. On a trip to Mammoth Cave National Park, Middleton saw dinosaurs looming among the trees off Interstate 65 in Cave City.

He tracked those creatures all the way to the entrance of Dinosaur World.

What he found was a large park full of life-sized dinosaur models.

“It (Dinosaur World) was really neat, and so much fun for everyone,” Middleton says.

As he walked among a Tyrannosaurus rex, woolly mammoths, and about 150 other creatures (an hour-long walk, Middleton says), he brainstormed other roadside attractions in Kentucky and decided to document them.

Along the way to Natural Bridge State Resort Park, down a little road in Slade, are 14 unassuming buildings in various sizes, says Middleton, but inside lives the world’s largest collection of venomous snakes.

The Kentucky Reptile Zoo, served by Clark Energy cooperative, was established in 1990. Snake-lovers can see an “amazing collection of venomous and exotic snakes,” such as black mambas, rattlesnakes, vipers, and cobras, Middleton says.

Venom extraction is a key component of Kentucky Reptile Zoo’s work. Most days at the 1 p.m. extraction, the public can even watch, but it’s best to call, email, or check Facebook first to verify there will be an extraction on a given day. The extracted venom is used for biomedical research and occasionally to supply venom for anti-venom production where there is a shortage.

On the banks of the Ohio River in Boone County is the small community of Rabbit Hash, served by Owen Electric Cooperative, where visitors are transported to the less fast-paced days of the past. 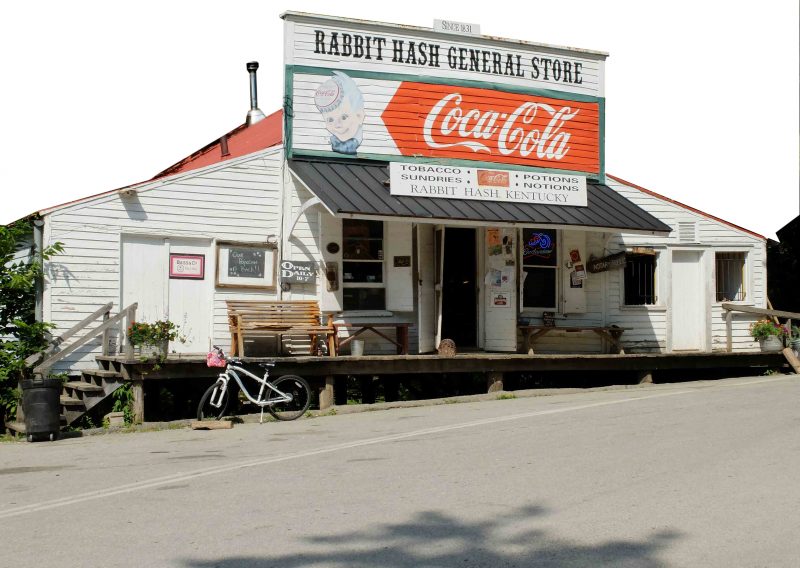 The Rabbit Hash General Store is its pulse. The store burned down in 2016 but has been historically restored and reopened. Visitors are encouraged to take a break, sit on the front porch, chat with some locals, and sip an Ale-8-One, says Middleton. Guests may even have the chance to meet Brynneth Pawltro (aka “Brynn”), the community’s newly elected canine mayor.

Punkyville is the passion project of one man, Charles “Punky” Beckett, a member of Blue Grass Energy.
“Boy, was it (Punkyville) an interesting place,” says Middleton of the site off small country roads in Falmouth.

Punkyville started with a miniature garage Beckett built for the vintage signs he had been collecting. When one building was complete, he’d start another one until he’d amassed an entire mini-town, says Middleton. Now, Punkyville is equipped with a Wild West-themed saloon, bank, post office, livery stable, caboose, jail, dentist office, general store, and gas station.

“You have to see the hard work this man has put into building this town of old,” Middleton says.

Travel down the Trail of Bad Puns, explore a lawn mower ranch, and see a huge collection of vintage toys.
Apple Valley Hillbilly Garden and Toyland is curated by Keith Holt, a “friendly, humble” man who is excited for people to come visit the world he created, says Middleton. Holt inherited this land in Calvert City from his

family, who once ran it as Apple Valley.

“He wanted to create an interesting, eye-catching place,” says Middleton.

Visitors receive a brochure of the property to see Holt’s folk art throughout Hillbilly Garden and his toy collection in the Toyland.

“This is most like the roadside attractions from my childhood,” says Middleton.