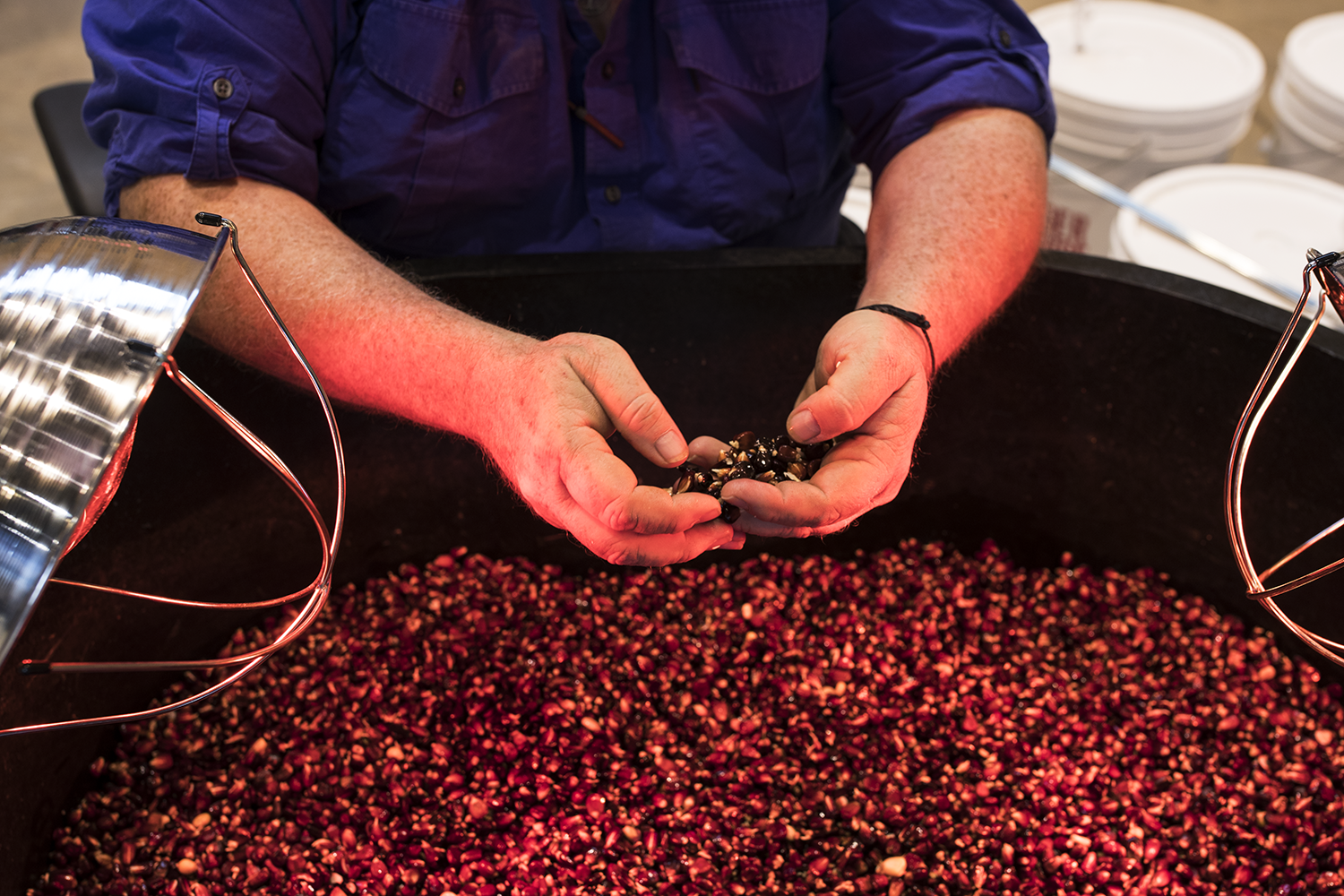 When Bruce Nethery of Shelby County broached the subject of opening a family-run distillery, his wife, Joyce, thought he had taken leave of his senses. At least, that’s how the couple’s 23-year-old daughter, Autumn Nethery, remembers it.

“She looked at him like he had gone insane,” Autumn said with a laugh. “We had no idea how to run a distillery.”

The whole family got on board with the plan, and they opened Jeptha Creed on 64 acres of farmland last November—the first distillery to open in Shelby County since Prohibition. In addition to straight bourbon whiskey, the 15,000-square-foot facility produces flavored and unflavored vodka and moonshine. It features a tasting room, a retail shop, and an expansive patio that overlooks verdant pastures dotted by barrel-aging barns, also called rick houses.

The distillery’s unusual name comes from Jeptha Knob, the site of the Nethery dairy and grain farm about six miles away. It was supposedly named by Squire Boone after the Biblical warrior Jephthah. Creed is a reference to a commitment to quality.

Considering the background of each Nethery family member, opening a distillery doesn’t really seem like that much of a stretch. Bruce has extensive agricultural experience and Autumn spent a year in Edinburgh, Scotland, studying distilling. Joyce is a chemical engineer who once worked in the industrial distillation unit at Rohm and Hass chemical plant in Louisville. Today, she’s a master distiller, one of only three women in Kentucky to hold that title.

Most of the world’s bourbon is made in Bardstown, about 40 miles south of Shelby County, but this farm-to-bottle craft distillery is unlike any other. The not-so-secret ingredient in the mash bill (grain recipe) is open-pollinated, non-GMO Bloody Butcher corn. All bourbon is made with at least 51 percent corn, but no other distillery is using this rare, deep red heirloom varietal.

It gives the bourbon a very distinctive flavor profile.

“It has a sweetness to it, a nuttiness. It comes off the still very smooth,” Joyce said.

Not everyone could work with family every day, but Joyce believes there are some major advantages to a small, family-run operation versus massive corporate entities, especially the lack of red tape.

“We are operating the way Maker’s Mark did 100 years ago,” she said. “Everybody knows each other, and we can make decisions quickly. We don’t have to go across the state; we just go across the room.”

A tour takes visitors through the entire distilling process. If bourbon is the spirit being produced that day, guests will get the lowdown on how those swimming pool-size mash cookers work, learn about the importance of yeast in the fermentation process, and may see “white dog,” the name for whiskey before it goes in the barrel, coming off the still.

For now, visitors can only sample vodka and moonshine because straight bourbon whiskey has to be barrel-aged for two years, but this April there will be a small release of Bloody Butcher’s Creed Bourbon, an experimental line that was made off-site in 2014 when the Netherys were perfecting their product. It will be followed by the summer release of an experimental whiskey from the same line.

A farm tour kicks off this summer. An old Louisville trolley car will take visitors through the picturesque apple orchards and rows of blueberry bushes that produce fruit used to infuse vodka and moonshine.