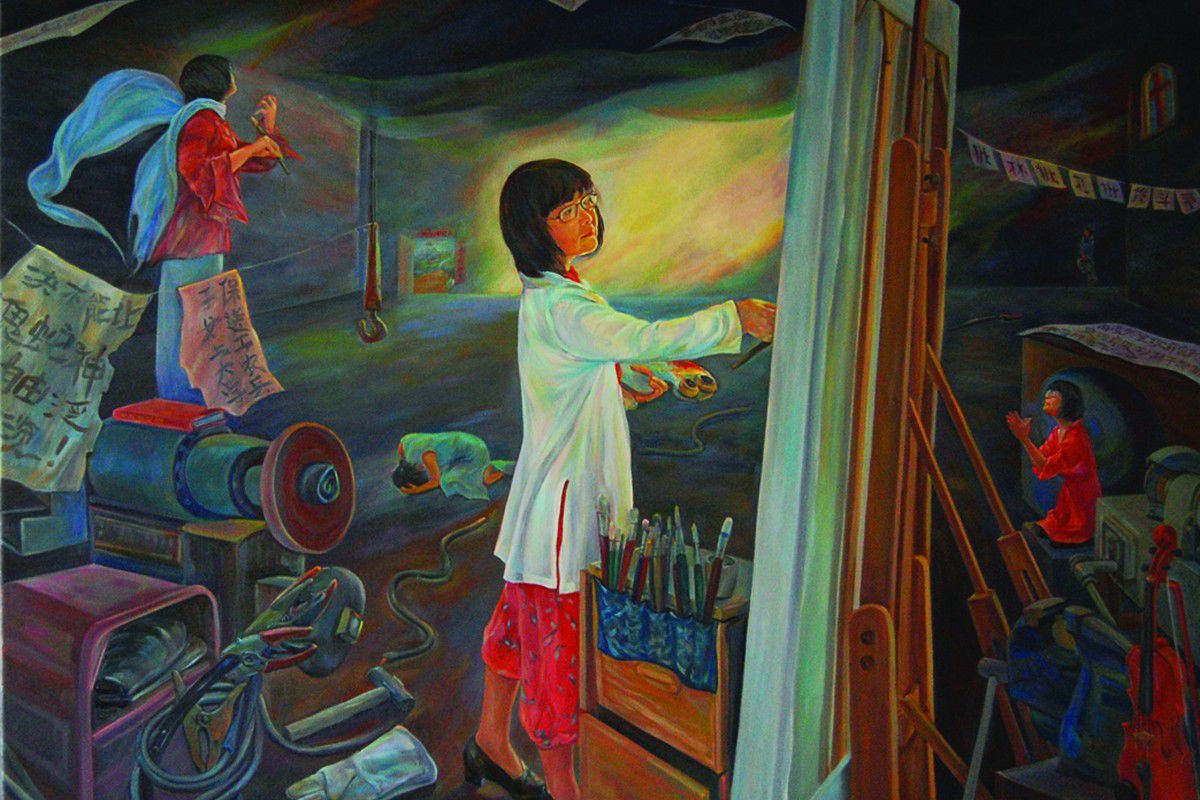 Dynamic. Vital. Flourishing. Those words would not have described Paducah before the turn of the 21st century, but this western Kentucky town at the confluence of the Ohio and Tennessee rivers has undergone a renaissance and is now an established cultural destination that annually attracts thousands of arts and crafts enthusiasts.

In 2013, Paducah was designated a UNESCO Creative City of Crafts and Folk Art, a recognition of the city’s longstanding tradition of quilt making and its revitalization of LowerTown, a neighborhood that once was a blighted, crime-ridden eyesore, but now is a thriving, 25-block arts district. LowerTown is home to the Paducah School of Art & Design and the fiber artists, painters, printmakers, potters, jewelry makers, and other artists who live and work in the renovated Victorian homes.

The best time to visit is on Second Saturdays (the second Saturday of every month) because many of the galleries and studios are open and often debuting new exhibits or presenting hands-on, creative experiences.

Freda Fairchild, the owner of Studio Miska, is a true LowerTown pioneer. The fiber artist and printmaker arrived in 2001, just a year after the Artist Relocation Program was launched with the goal of restoring Paducah’s oldest residential neighborhood to its former glory. The plan was to attract artists by offering financial incentives that enabled them to purchase dilapidated Victorian homes for a pittance—often as low as $1—but there was a catch. The buyer had to invest in restoring the property.

Back then, the area was pretty dicey, but many artists, like Fairchild, couldn’t resist the allure of inexpensive living, and gallery and studio space.

The Kentucky native spent most of her career in California, but when her work brought her to Western Kentucky University in Bowling Green, she made the short drive to Paducah, the small town that was creating a big stir in the arts community.

“I bought a house that day,” Fairchild says with a laugh. “I saw this big, old yellow Victorian and it was so romantic with all the curlicues. It was a huge gamble.”

But one that paid off, for both her and the city. The program was so successful that it’s now a national model for other cities looking to the arts for economic development.

Open the door of the BiLan Liao Gallery and you are also opening a door on a painful chapter in Chinese history: the Cultural Revolution. China-born artist BiLan Liao’s world was changed forever by the horrors of the radical sociopolitical movement that raged from 1966-1976 under the leadership of communist revolutionary Mao Zedong. Her family was caught in the net of political fervor, and her paintings reflect painful episodes that resulted from refusing to support the Communist party.

Liao’s father, a physician, was labeled a capitalist and imprisoned for seven years. “Leaving” is a melancholy work that depicts the anguished man at home with his family just before reporting to prison.

Liao’s gallery features poignant, unflinching tableaux of the suffering she and her family endured. Such intimate portrayals of humiliation and grief almost make the viewer feel like a voyeur who should turn away out of respect, but that’s the last thing Liao wants you to do.

“In China, people don’t talk about the Cultural Revolution because the Chinese government is very sensitive about it, but I want people to remember, especially the younger generation. Many are not even aware of it because they don’t learn about it in school.”

Not all of Liao’s paintings are sorrowful. Her favorite is “My Journey,” an oil-on-canvas work full of hope. It depicts her struggle to free herself from the crushing hand of Chinese oppression and become an American citizen entitled to artistic and political freedom, a goal she achieved in 1999.

Other noteworthy stops include Created for U Studio, Terra Cottage Ceramics, and Dixie Leatherworks.

But the Paducah arts district doesn’t end in LowerTown. There’s much to see along the Paducah riverfront, such as a colorful series of flood wall murals that depict the city’s history, and the nearby Yeiser Art Center.

Tour the National Quilt Museum and you will find that Paducah’s moniker “Quilt City USA” is well-deserved.

According to museum CEO Frank Bennett, some first-time visitors arrive with the misconception that “they are going to see a bunch of traditional quilts made to be used as bedding,” but these quilts are innovative, contemporary artworks in unexpected shapes, colors, and designs created by professional fiber artists.

In many ways, Paducah is a work of art, created by visionary city leaders who refused to accept the status quo. And like the artists who call it home, Paducah is forever evolving into a better version of itself.

For more ideas on where to stay and places to eat, as well as what to see, go to www.paducah.travel/visitors and click on the relevant links on the left side of the page. The link for “Arts & Culture” includes a listing of LowerTown Arts District artists.

SPRING IN PADUCAH
AQS QuiltWeek Paducah April 22-25,celebrates the fiber arts with more than 400 American Quilter’s Society contest quilts, workshops, and lectures with some of the best instructors in the world at the Paducah McCracken County Convention and Expo Center, 415 Park Avenue,Paducah. Call (270) 898-7903 or go to www.quiltweek.com/paducah for more information.

Fantastic Fibers an international juried art exhibit at the Yeiser Art Center, is a highlight of Quilt Week. What began as a show of wearable art in 1987 has evolved to include avant-garde textile creations that represent a variety of materials and techniques, such as weaving, sewing, batik, spinning, and lacework. Approximately 50 works are chosen from hundreds of entries from around the globe. The Yeiser Art Center, 200 Broadway Street, Paducah, (270) 442-2453, www.theyeiser.org.

LowerTown Arts and Music Festival showcases the cultural richness of western Kentucky, May 15-16, through visual and performing arts. Music on two stages gets visitors dancing, while exhibits by resident and visiting artists present plenty of opportunities for art enthusiasts to add to their collections. There are no “starving artists” at this annual festival because Taste of Paducah provides a delicious variety of regional culinary offerings. Go to www.lowertownamf.com for more info.