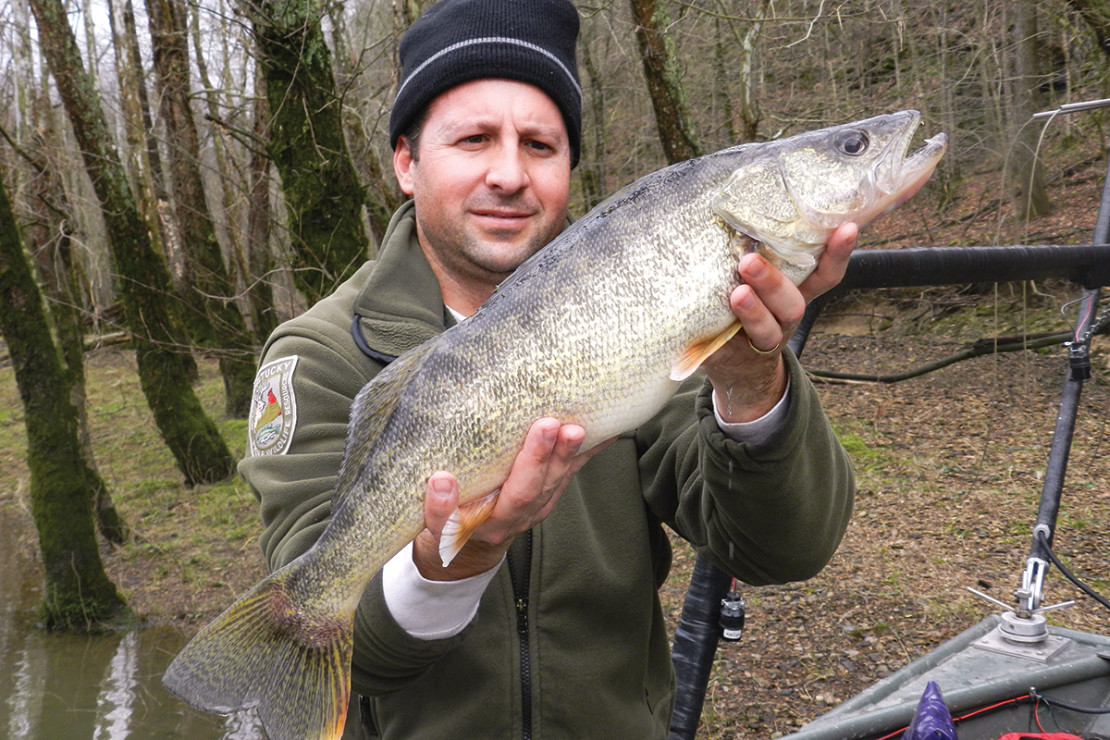 Winter finally gives it up in March. The number of nights below freezing tapers off as average daytime temperatures climb to near the low 60s. Occasionally, days with temperatures flirting with the 80s beckon as daylight lengthens.

March is also the time when many anglers emerge from hibernation with the itch to fish. While fishing is still slow for many species, March is the prime time for walleye, white bass, and black crappie. The urge to spawn fuels these fish to concentrate in predictable areas, increasing the odds of an angler’s success. “The smaller males move up first, followed by the larger females. There’s a two- to three-week window when the fishing is really good.”

White bass broadcast eggs over riffles rather than building nests. Anglers should concentrate on the deeper areas on either side of the riffle with lures that imitate small shad, such as crankbaits, spinners, and white plastic grubs.

Walleye also embark on spawning runs in March, although fishing is usually better earlier in the month. Hot spots for this species include Green River Lake, and its tailwater and headwaters.

“You can catch walleye with a simple curly-tailed grub or a swimbait fished just off the bottom,” he says. “You can also use a minnow fished on a jig.”

Walleye tend to congregate in pools behind riffles during the day, and then they move onto the riffles as darkness falls. The bigger females will hang at the lower end of a pool of water.

Finally, Western District fisheries biologist Paul Rister advises that March is a great time to cast the banks for black crappie in Barkley and Kentucky lakes. “It’s the transition month when the sun warms up the rocky shorelines,” he says. “On sunny days, black crappie may be in 1-2 feet of water.”

Both lakes have good numbers of 11- to 13-inch fish. Target crappie with jigs, inline spinners, and minnows.