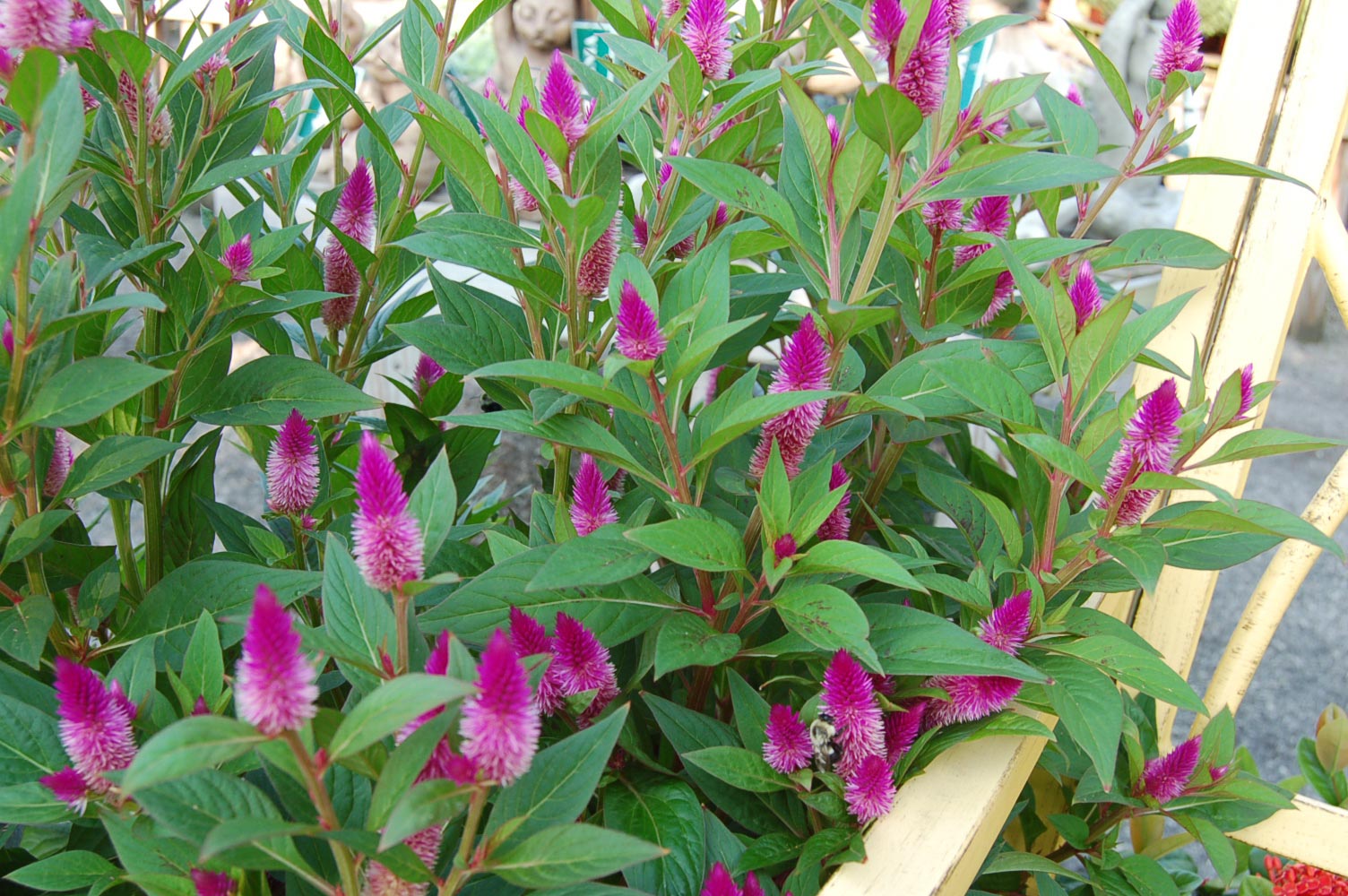 SOME FLOWERS SEEM TO BE UNTOUCHED by the heat and humidity of our Kentucky summers. Lantana is always at the top of the list, but celosia should be, too.

One celosia, ‘Intenz,’ shown, is quickly rising in popularity. It has dramatic, yet soft feathery purple spikes that resemble wheat. It blooms constantly throughout the summer and well into the fall. It’s not surprising that it looks so good in August, since it is known to tolerate tough environments, particularly dry ones.

This sun-loving annual is pest and deer resistant, and it’s attractive to butterflies and most pollinators. It grows 16 to 24 inches tall and usually less than 12 inches wide. It can be planted in containers or in the ground, but does best in a well-drained site if planted in the latter. If planted in containers, it needs regular watering to maintain continuous summer flowering.

There are three types of celosia flowers: Cockscomb or brain-like; plumed, with multiple full and feathery stalks; and wheat, with single feathery stalks.

All are grown the same way, make good cut flowers and can be dried. Celosia have long been considered old fashioned, but I think the popularity of Intenz is bringing a modern twist for today’s gardeners.

Next spring when you are in the garden centers, don’t pass by the table of celosia—consider planting a few. Then, when August weather rolls around and you see how unfazed they are in summer, you will be glad you did.