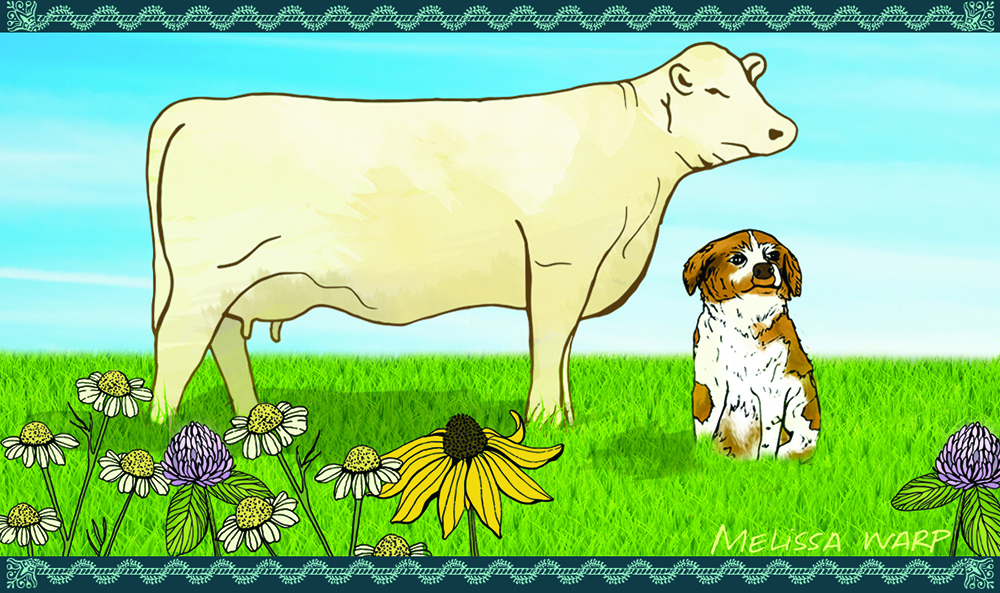 Somewhere on the list of dog heroes there must be room for Otis.

He was just an average dog on the outside, of medium build and mixed Border collie ancestry. But on the inside, behind his big brown eyes, under his brown and white coat, there must have been a heart the size of his dog dish.

His owner, Byron Coffman, a Richmond firefighter and Casey County EMT, remembers that when Otis was happy his tail wagged so wildly that it almost appeared to be rotating, as if he might lift off at any moment.

Coffman’s wife, Angie, and their children, Jenna and Harper, got Otis from some friends when he was a puppy, and brought him home to their farm in the Bethel Ridge community of southeastern Casey County. His comical unsteadiness as a small puppy earned him the name Otis, after the lovable but seldom sober Otis Campbell on the old Andy Griffith Show.

tis was an outside dog from the start and, once grown, was allowed to roam the farm fields. He was soon spending a good bit of time away from home, and one day Coffman saw him chasing cattle on the farm next door.

He gave Otis a stern lecture, brought him home, and told the neighboring landowner, his friend Mike Woodrum, that if Otis had gotten in the habit of chasing cattle, something would have to be done.

That is when he learned from Woodrum, a Kentucky state trooper, that Otis had adopted a crippled young heifer in Woodrum’s beef cattle herd, and that the only time he ever chased cattle was when they were threatening to mistreat the heifer that had been born with a twisted front leg.

Over the next three years, regardless of the weather, except for coming home to eat, Otis spent virtually all his time with the crippled Charolais heifer, usually no farther away than 15 to 20 feet, whether she was grazing or resting.

Neither Coffman nor Woodrum, both members of South Kentucky RECC, could come up with an explanation of why Otis took it upon himself—with no training—to protect the crippled cow with such dedication. But there was no doubt that, of the approximately 30 head of cattle in the herd and four horses in the field, he had chosen to befriend the one with the crippled leg.

Then, back in the spring, Otis went missing for four days, and Coffman and Woodrum got concerned. Woodrum finally found him in a wooded hollow on the edge of the pasture—he was dead.

There was no sign of a struggle, or a fight with coyotes, nothing to indicate that he had been injured in any way. It was as though he had simply lain down to rest.

I wish the story had a happy ending. But I thought you ought to know that Kentucky lost a mighty good dog…and a crippled cow lost the best friend she ever had.