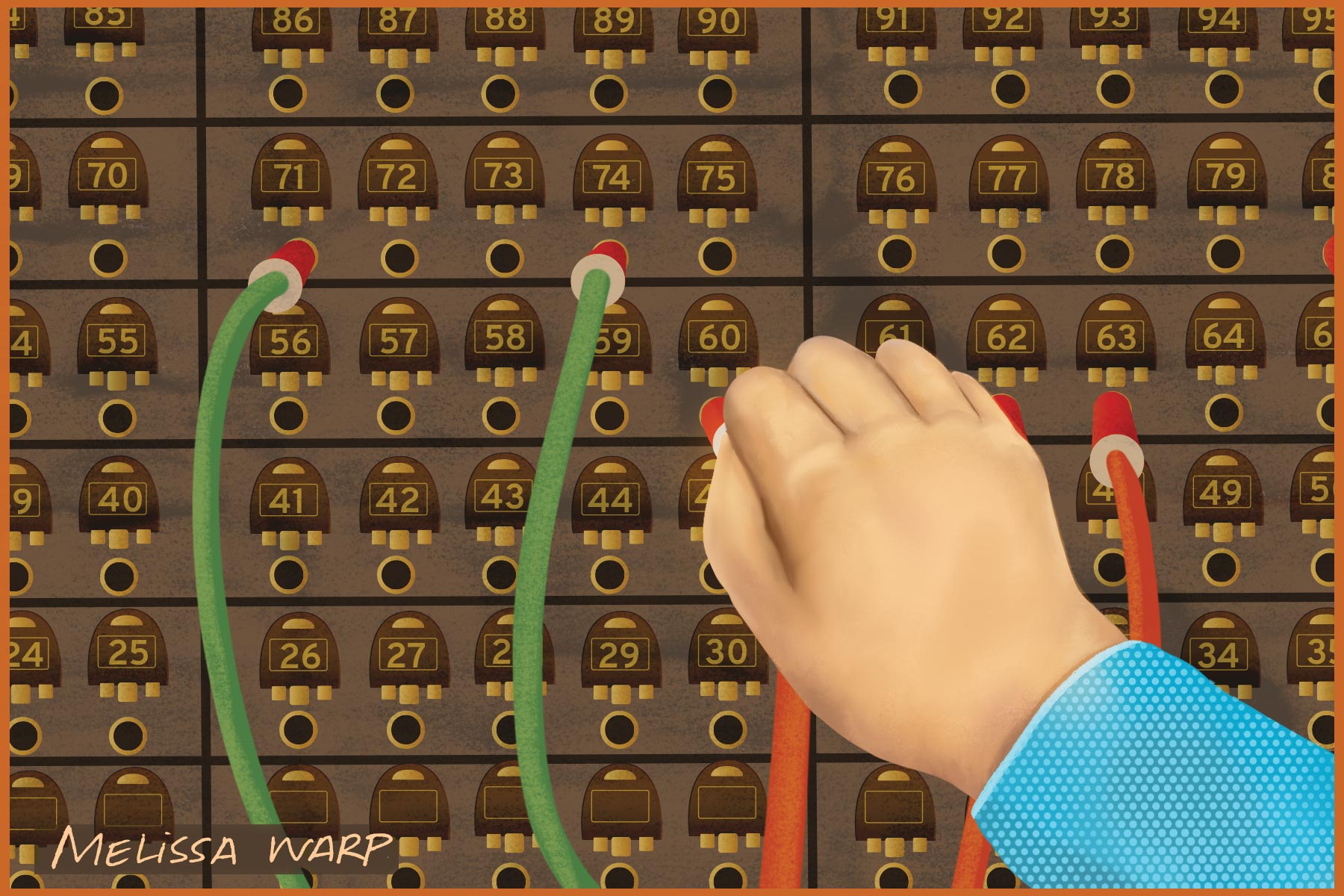 WHEN ELSIE NEWMAN CARPENTER became a telephone operator in the rural Logan County community of Auburn in 1948, a phone call from Auburn to the county seat of Russellville, 10 miles away, was long distance.

Most callers were still using wall-mounted crank telephones that were encased in oak boxes about 2 feet tall and 9 inches wide.

Elsie, who was then 15, was paid 35 cents an hour after school to handle calls through the central switchboard for Southern Continental Telephone Company. She wore a headset and sat at a vertical panel of 150 phone jacks, taking calls and connecting them with their party by inserting a plug on a cord into a jack. Many knew her from her weekend job at the local Houchen’s Market and would call her by name.

“They’d just ring and say, ‘Get me so-and-so on the line,’ you know. Back then people didn’t call just to talk like we do nowadays. You had to have something important enough to call—or you didn’t use the phone,” Elsie says.

Phone numbers were simpler then, from one to three digits. Elsie, at age 89, still remembers a few customers’ numbers.

The manager of the telephone exchange and his family lived in the back of the building where the switchboard was situated. Their son, who was about 12, and two of his friends sometimes played ball in the same room where Elsie was working.

“Oh my goodness! You talk about a mess, trying to hear what’s going on with the switchboard, and trying to keep them quiet.”

In those days, often as many as seven or eight customers might share the same line, known as a “party line,” which sometimes led to colorful stories about customers who listened in, or “eavesdropped,” on other callers.

If someone called to report a fire, Elsie could activate the town’s emergency siren from the switchboard.

“Then the volunteer firemen would call me to see where the fire was.”

If Auburn’s two doctors had dinner plans or other engagements that took them away from home after office hours, they left word with Elsie where they could be reached.

Elsie worked as an operator until 1951, shortly before she married and began life as a housewife and mother of a son and daughter. A lifelong consumer-member of PennyrileElectric, she’s now in her 46th year of coordinating Red Cross blood drives with local Church Women United, and has been recognized with numerous honors, including Citizen of the Year.

Not long ago, during a trip to Bowling Green with her son, she heard him ask his smartphone for the phone number of a local pharmacy, and a female voice instantly responded with the information. Elsie smiled, perhaps pondering how phones have progressed since her days long ago on the switchboard.

Yes, Elsie, your son’s nifty smartphone can answer many questions—but can it tell him where his doctor is having dinner tonight.