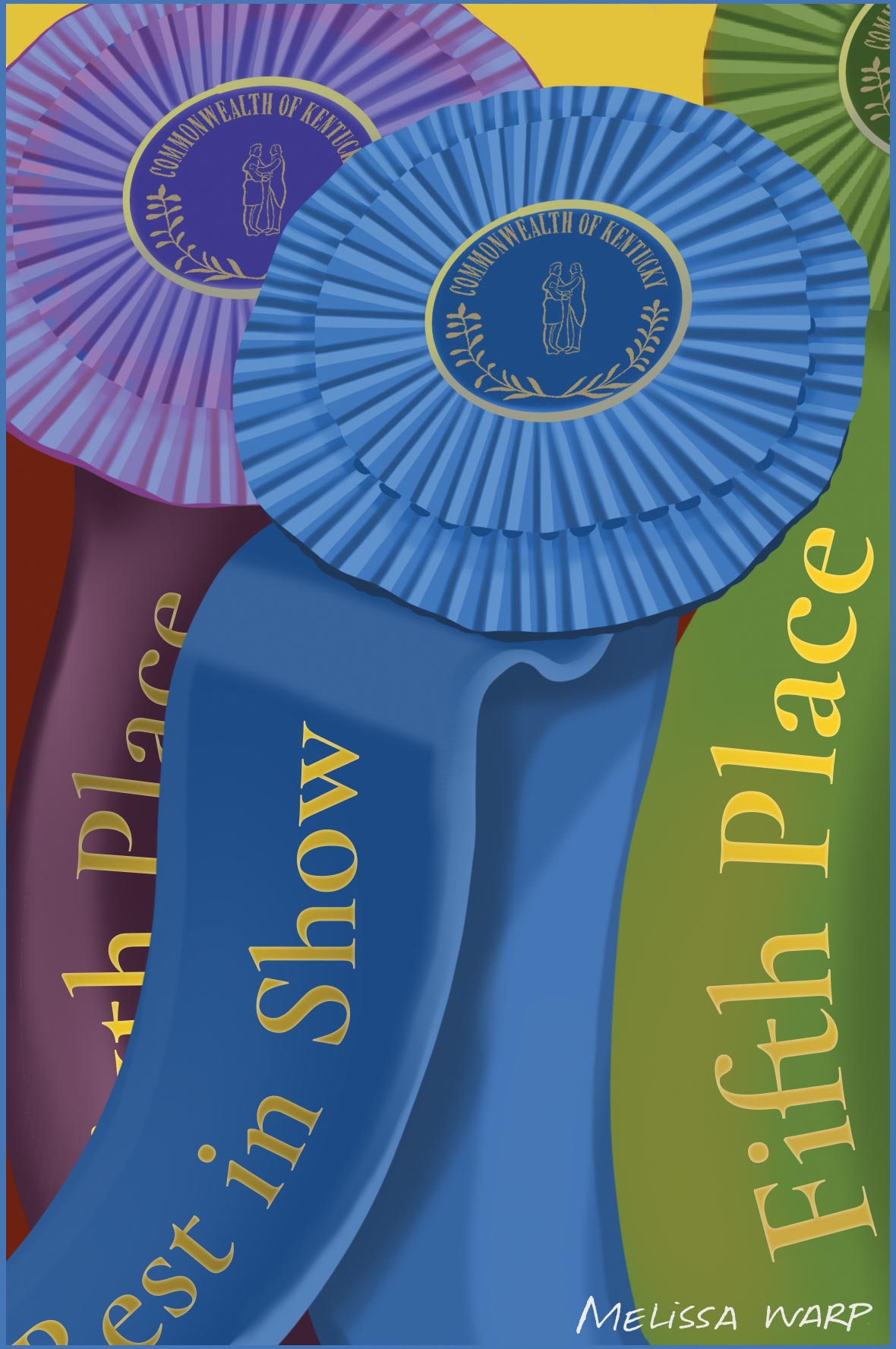 SOMEWHERE BEYOND THE RIBBONS at the Kentucky State Fair lie stories for which the ribbons are often bookmarks on life’s pages.

I’m remembering Jim Chambliss, a native of Breckinridge County and former successful lawyer in Vail, Colorado, whom I met at the fair several years ago after he won top honors for a ceramic self-sculpture during his recuperation from a serious brain injury. Mysteriously, the brain trauma had awakened some previously unknown artistic talent and marked a new direction in his life, he told me, and he had begun researching the medical phenomenon.

When I heard from him two years later, he was pursuing a combined doctorate in creative art and medicine at the University of Melbourne in Australia and was partnering with a neurological researcher at Harvard University. He would go on to earn a Ph.D., studying how epilepsy may enhance creativity and how art can be used as a diagnostic tool. He’s now the father of two and teaches art in Mount Waverley, Victoria, Australia.

While not all ribbons are tied to such dramatic stories, many have their own warm histories.

Claudia Brefeld of Scott County watched a spinning demonstration when she was 4 years old and fell in love with the art of hand-spinning. By age 14, she entered her hand-spun yarn in the state fair adult competition, and one year won Best in Show. The next year a junior class was added in the hand-spun yarn category.

Claudia is now studying marketing and accounting at Georgetown College, but has her own yarn spinning business—Cedar Hill Fiber Farm—and a small herd of sheep and goats. She teaches workshops on fiber farming and mentors others in the art of spinning. A consumer-member of Owen Electric Cooperative, she still exhibits her hand-spun yarn and knitting at the state fair.

Henry and Melissa Smith of Russell County, consumer-members of South Kentucky RECC and owners of an Angus cattle farm that has been in their family since the 1800s, now watch their 16-year-old daughter, Bryanna, and 13-year-old son, Blane, show cattle at the fair, as their great-grandfather did, and as their father did when he was a boy—between trips to the fair’s Pineapple Whip frozen treat stand. Beyond the many life lessons young people learn in fair competition, says Henry, the lifelong friends his family has made at the fair are cherished far beyond the ribbons.

Finally, after retiring from an accounting position with a local company several years ago, Elsie Davenport of Grayson County, a consumer-member of Warren RECC, decided to finish a Wagon Wheel quilt that she had started the summer she graduated from Caneyville High School in 1967 when she was 17. She finished hand-piecing the quilt in 2012, entered it in the state fair the next year, and won. She calls it her “45-Year Quilt.”