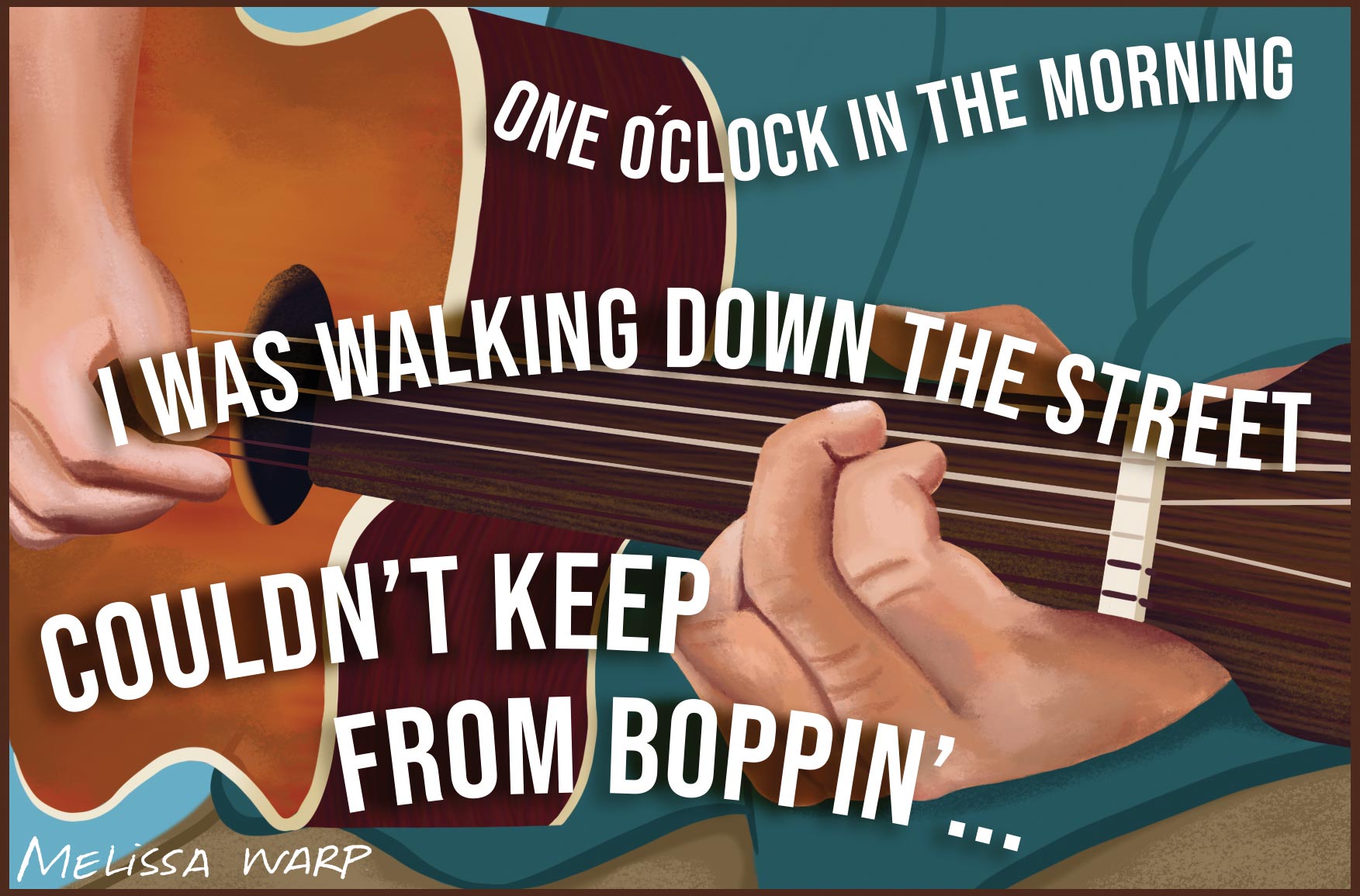 MUHLENBERG COUNTY HAS NEVER been short on notable musicians: Among them, Ike Everly and his sons, the Everly Brothers, Merle Travis of Sixteen Tons, a virtual Who’s Who of other legendary “thumbpickers,” and singer-songwriter Bill Harlan—whose fascinating story is a ballad in the making.

Born in 1937 to a family of music lovers, Harlan grew up in the coal mining community of Cleaton, across the street from the Baptist church where his father, a miner, was choir leader.

After the Everly family relocated to Iowa, Don and Phil spent summers with relatives in Muhlenberg County, and countless hours with their close friend, Billy Harlan, who is the same age as Don. Thinking back on those summers, Harlan recalls, “it doesn’t seem like we ever slept.”

Hours were spent playing guitar and the bass fiddle or writing songs, and Harlan, along with his friends Royce Morgan and Dave Rich, performed with a band called The Melody Hands. His senior year at Drakesboro High School, 1955, he wrote a song called, My Fate is in Your Hands. Although it would fail to get much airplay, it was recorded by Grand Ole Opry star “Hawkshaw” Hawkins, who died with Patsy Cline and others in a plane crash.

In 1957, Harlan joined singer Jim Reeves’ band as the upright bass player and was on tour with Reeves in Europe when the Everly’s first hit, Bye Bye Love, was released.

To his disappointment, four songs he later recorded with RCA and Brunswick either weren’t released or failed to make the charts. So needing a rest from the music business, he went west, worked in the aerospace industry, studied computer science and had a successful corporate career.

Fast forward more than 50 years. Now remarried, Harlan was living back in Muhlenberg County in comfortable retirement with his wife, Ann, when a Las Vegas promoter asked him to appear at a rockabilly music festival in Vegas.

Those songs he’d written and recorded in the late ’50s may not have been hits in the U.S., he was told, but the master recordings had been bought by a German-based record company and released as part of a rockabilly compilation in Europe, where the songs I Wanna Bop, School House Rock, This Lonely Man, and Teen Jean Jive, had been popular among European fans for several years.

Long story short, Harlan, now 84, has since made four appearances at the Vegas festival and has been to Europe three times, with tour stops in England, Austria, Germany, France, Italy, Switzerland, Sweden and Belgium. Beyond any financial reward has been the sight of fans of his music waiting in line for photos and autographs after all these years.

“I guess there’s a lot of ‘what might have been,’” says Harlan,” but I’m thankful for what I have.”