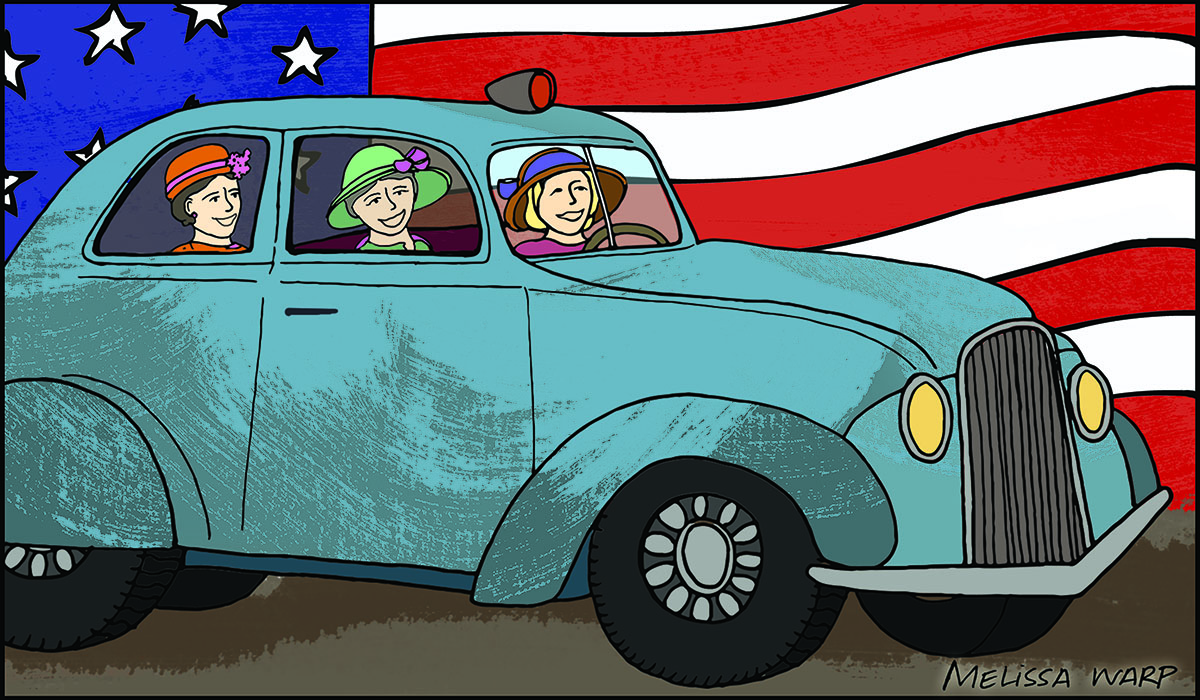 Even after all these years, the thought of her still brings a smile.

I met Rosa Lora Greenwell only once many summers ago. She was 86, but her laughter was ageless, and she loved sharing stories of her misadventures.

She had once owned a dress and uniform shop in Louisville, she told me, and had always seemed prone to blunders that, while not so funny at the time, grew more comical when viewed through life’s rearview mirror.

Her husband, Marvin, was a Louisville motorcycle policeman in the 1930s and had a siren installed on his personal car, which was the vehicle for the following story:

Rosa was driving the car when she and four women friends arrived at Harrodsburg one day in the 1930s, hoping to catch a glimpse of President Franklin D. Roosevelt during his brief visit to the Mercer County seat.

“We all had on hats and gloves and were dressed nice,” she said.

Soon after arriving in town, they came upon a street barricade with soldiers standing guard.

“I still don’t know why I pulled that siren,” she recalled, “but they dropped the rope, and I just rolled over it and went on.”

The women immediately found themselves in the middle of FDR’s small welcoming parade. In fact, right behind FDR’s car, as Rosa remembered. Her sister in the back warned the women not to “act guilty,” as she began waving and smiling to the adoring crowd.

They kept up appearances until Rosa finally nosed the car into an alley, where the women all breathed a sigh of relief and had a good laugh. Back home in Louisville, Rosa’s husband failed to see the humor in the incident and removed the siren from the car. But the ladies in their hats and gloves would ride again.

Being one of the few women in her lodge group who drove, Rosa often gave other women a ride to the meetings. One winter night she was driving another woman’s car—a two-door model—with four passengers. When the meeting ended, a light snow had left streets a bit slippery.

The car wouldn’t budge, so all of the able-bodied women got out to push. Then Rosa noticed that the emergency brake was on and released it. Those pushing all fell flat, and Rosa said one woman’s hat with big ribbons on it tumbled off her head and went rolling into the street.

They finally got under way, but later, as Rosa was letting one lady out on the driver’s side, the car was knocked into gear and lurched forward, the open door striking a fire hydrant. Rosa slammed on the brake and the disheveled women in the back seat again went to their knees, and the big hat with the ribbons came flying into the front seat.

Rosa heard one woman mutter that if she ever got home alive she’d never ride with Rosa Greenwell again.