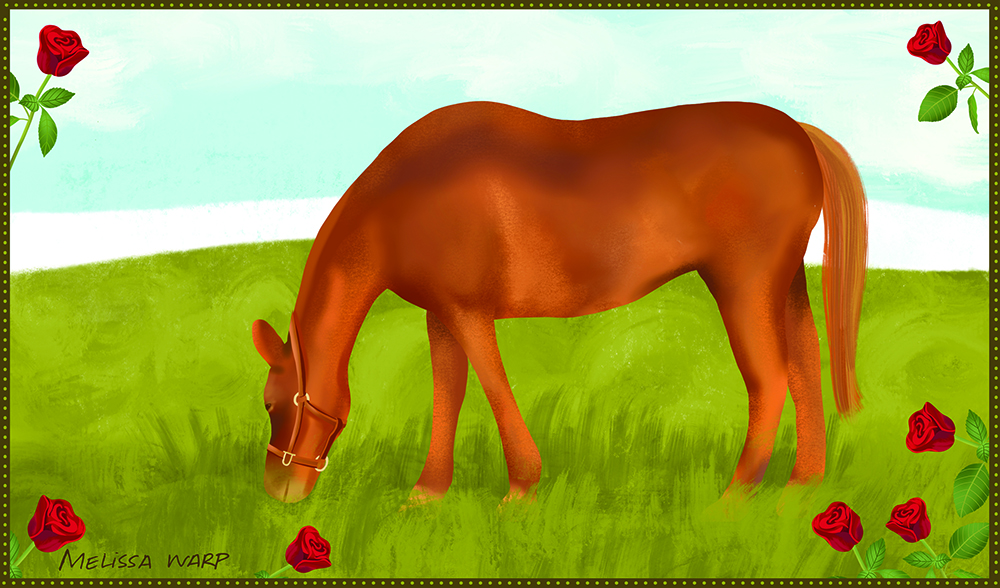 Long after they’ve outlived their usefulness for racing and breeding, many retired thoroughbred horses are finding their way to greener pastures at Old Friends Farm, a few bluegrass meadows southwest of Georgetown in Scott County.

Ironically, Michael Blowen, the gentle man behind it all, had no interest in horses through most of his career. A longtime film critic for the Boston Globe, he was focused on stars of the silver screen. Then an editor invited him to an afternoon of racing at Suffolk Downs, where he “fell in love with everything.”

He later apprenticed with a trainer at Suffolk and worked most of two years for no pay—mucking stalls, grooming and learning the finer points of caring for thoroughbreds.

“I got to the point where not only did I believe they were athletes, but I believed they were superior athletes to their human counterparts.”

During a visit to the Kentucky Horse Park while still with the Boston Globe, he’d been impressed by tourists waiting in line to glimpse retired racing legends Forego and Bold Forbes. And after taking a buyout from the Globe in 2001, while lamenting to a friend the sad fates of many famous thoroughbreds after their careers ended, he mentioned that he’d like to have a place for them to retire, where their admirers could feed them a carrot and get to know them beyond the numbers on a saddle cloth.

Chasing his dream turned out to be an endurance race. But finally, after much help from several believers—and a number of sympathetic skeptics—Michael and his wife, Diane (White), who was also a popular columnist with the Boston Globe, were able to buy Dream Chase Farm in 2006 and transform it into a refuge for Old Friends.

Now, helped with donations from a long list of horse lovers and farm visitors, the Blowens and some 30 dedicated volunteers, including a few consumer-members of Blue Grass Energy, are caring for as many as 150 older thoroughbreds—superstars to also-rans.

Hall of Fame trainers and jockeys often show up at Old Friends to lend their support and to reunite with the horses who helped make them famous.

Michael glanced out the kitchen window of the farmhouse one afternoon and saw trainer Bob Baffert alone at the paddock, visiting his first Derby winner, Silver Charm.

“People say, ‘This must be like your dream,’ and I go, ‘Are you kidding…my real life’s better than my dreams.

“I never believed in my entire life that I would end up living in a house where I could look out my back window and see Silver Charm in my backyard.”