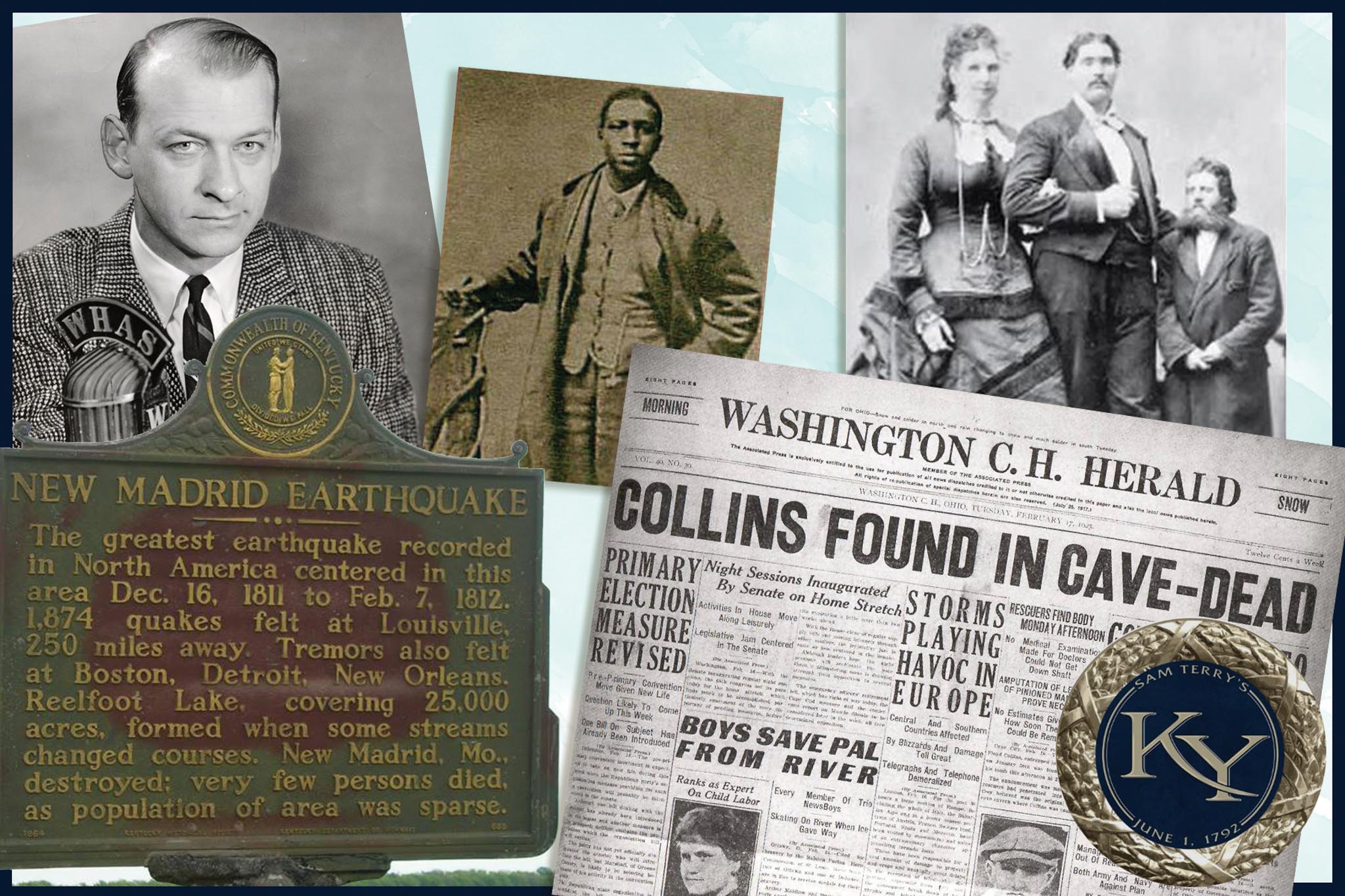 LOOKING AT FACEBOOK, I was surprised to see a photo of 19th century Kentucky giant, Captain Martin Van Buren Bates, looking back at me. Bates, of Letcher County, stood 7 feet 9 inches by some accounts, and 7 feet, 11 inches by others.

You might say Facebook is “friending” Kentucky history through the words of Sam Terry IV, a Barren County historian and consumer-member of Farmers RECC, who daily posts brief narratives of the state’s history on anniversary dates related to story subjects: The New Madrid earthquake, the death of cave explorer Floyd Collins, the last broadcast of University of Kentucky play-by-play icon Cawood Ledford, the winning jockey in the first Kentucky Derby, and more than 500 others so far.

History has had a hold on Sam since he was a child—wandering among family heirlooms and listening to stories in his grandparents’ rural Barren County home.

He didn’t realize it at the time but says, “there was an almost daily thread of history that ran through our lives in the telling and re-telling of recollections about people, objects or just a recalled moment in time.”

His grandfather had been orphaned at age 17 on the day he graduated from high school, and felt a special need to pass along to his only grandchild an appreciation of family history and regional culture.

The grandfather’s legacy was enriched by high school teacher Gladys Wilson, an accomplished genealogist, who instructed Sam in research techniques and recommended him as her replacement as researcher for local records requests received by the county clerk’s office. Sam started his own genealogical research service while still in high school.

After earning a degree in history and political science at Transylvania University and later serving with the state’s Division of Historic Properties, he returned to the family farm in Barren County, where he still lives. Although he now holds a marketing and communications position with a multistate corporation, history keeps calling him back.

He has hosted walking tours of the Glasgow Municipal Cemetery and even a regular local cable television program devoted to “Faces and Places in the Barrens.”

Occasionally, a calendar date would remind him of something noteworthy that happened in Kentucky, and one day in the summer of 2018—on the anniversary of Kentucky gaining statehood—he decided to write a paragraph about it and post it on his Facebook page. Soon he was posting such accounts daily. At the suggestion of a friend he called it, Sam Terry’s Kentucky.

He wondered if people would really read history on a social media platform and, if so, how long it could be sustained. But the number of Facebook viewers has grown to approximately 27,000 per day—with the reach in one month eclipsing more than 1.1 million who either read or reacted to the posts.

His goal of instilling pride in Kentucky through knowledge and appreciation of its history is bringing many forgotten faces and places to Facebook.