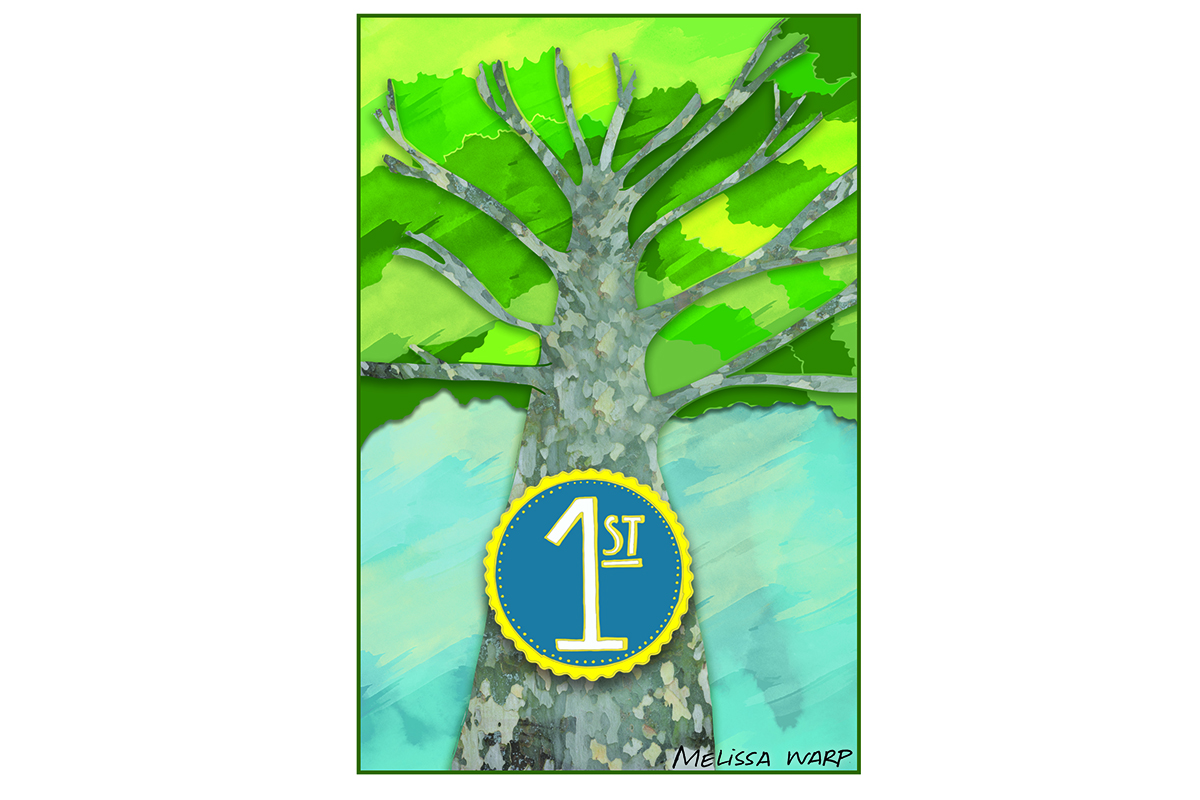 Kentucky is home to some amazingly old and large trees

One of my favorite hiding places as a kid was in a hollow sycamore tree beside a small stream meandering through the woods on the Lincoln County farm where I grew up.

I thought the old sycamore was a giant back then, but it was a mere sapling compared to the massive sycamore in Montgomery County—with a girth of more than 35 feet—that is the former state and national champion, or the current state champion in Clark County, which is more than 26 feet around and more than 116 feet tall.

Diana Olszowy, who recently retired from the Kentucky Division of Forestry, kept track of Kentucky’s champion big trees and some of their interesting stories.

The big sassafras tree that stands beside South Fredericka Street in Owensboro is not only the National Champion sassafras—at 23.1 feet in circumference and 58 feet tall—but is the largest known sassafras in the world. It narrowly escaped a bulldozer’s blade back in 1957 when the street was being widened.

Its owner at the time, Grace Rash, stood her ground with a shotgun until the governor’s office directed that the tree be spared.It is today a historic landmark.

With Kentucky losing its forest lands at what some scientists estimate is well over 100 acres a day—much of it to development—the American Forests Champion Trees national register and the Kentucky Division of Forestry’s Champion Trees program are helping raise public awareness of our forest heritage and the need for increased commitment to forest stewardship.

Olszowy notes that a former National Champion bur oak in Bourbon County, which was recently damaged by wind and lost its title, was already a small tree when the Mayflower landed.

If you find a big tree that you believe may be worthy of nomination as a state or national champion, you can check existing records for Kentucky’s Champion big trees online at http://forestry.ky.gov/championtrees/pages/default.aspx, by contacting your local forester, or calling the Division of Forestry at (502) 564-2860.

Measurements of circumference are taken 4 and a half feet from the ground, and the Division of Forestry has some simple methods for calculating the height and crown spread measurements.

Some non-native species, such as the ginkgo, are not eligible for state competition, but can be nominated as national champions.

The ginkgo is widely believed to have been brought to Kentucky by famous statesmen Henry Clay, who acquired a few seedlings from Japan in the mid-1800s.

Two ginkgo trees said to be traceable to Clay still survive. One is in Frankfort, the other in Breckinridge County.

Maybe someone knows where there is another.