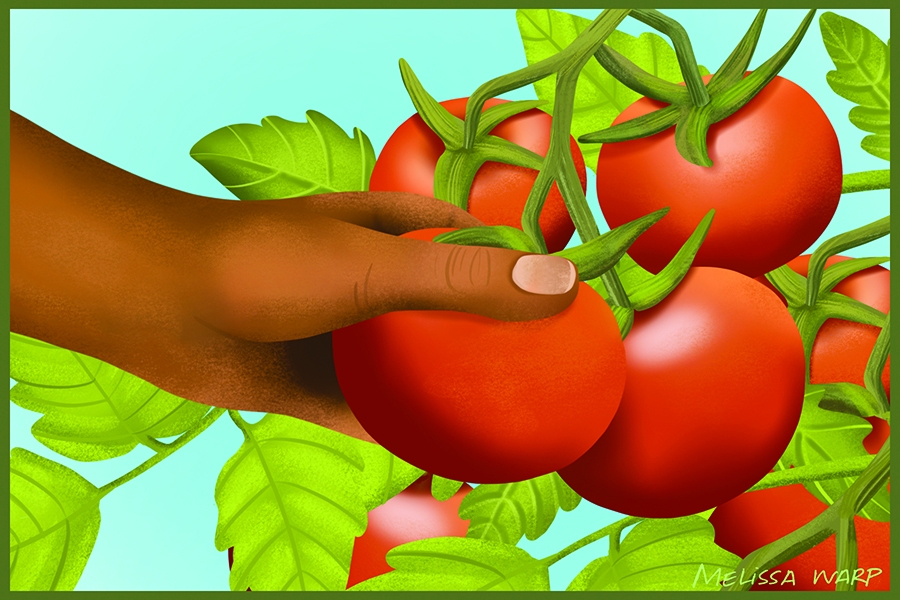 Growing up on the family farm in rural Wayne County, Susan Hutchinson Miller never imagined that the chores she disliked so much as a girl would today be one of her driving passions.

A fifth-generation farmer, she remembers how she, her two sisters and three brothers worked planting and picking tomatoes, cucumbers and peppers that her late father, Ray Hutchinson, grew on contract with canning companies on their 40-acre farm in the Frazier community.

“We had to work,” she says. “We didn’t have a choice. As kids we didn’t like it…but whether you were cooking or working in the fields, everyone did something.”

Now, at age 50, Miller looks back on those formative years as a fitting prelude to what has grown into a profitable and rewarding business for her family.

She and her husband, George, and their two daughters, Kanesha, 21, and Allison, 19, are residents of Lincoln County, where the vegetables from their gardening and high tunnel/greenhouse business are popular staples at the farmers market, at some local restaurants and produce auctions, and at a roadside produce stand they operate in the warm months in front of their home on KY 78 just west of Stanford. Susan raises bees for both honey and pollination of her vegetable crops.

George is employed by a manufacturing company in Danville, while Susan also serves as the family resource center coordinator for the backpack program and other services at Stanford Elementary School. Both devote many hours to their produce business and to helping others, including donations of excess produce. Susan has started a school garden at the elementary school and is organizing a small greenhouse project for schoolchildren through which the vegetables would be delivered to elderly residents in the community.

The Millers were honored in 2015 as “Small Farm Family of the Year” at Kentucky State University’s annual Small Farm Conference. And when they hosted a farm-to-table dinner at their place last summer, more than 50 guests showed up from as far away as Bowling Green and Louisville to enjoy the food and learn some of the secrets of the Millers’ success—which Susan says all trace back to the gardening skills passed down through her family and the lessons about hard work she learned in her youth.

Nearly every Sunday, Susan and her family still travel back to Wayne County for church and dinner with her mother, Zelma, a longtime member of South Kentucky RECC, and with many of her siblings and their families at the farm where it all began.

Now, Susan is passing along many of her parents’ lessons to her daughters.

“My dad used to tell us, ‘If I’d had the opportunities you kids have, the sky would be the limit.’”

She’s hoping that, although neither of her daughters has shown much interest in farming so far, at least one of them, after college, may grow to love it, as she has, and carry the family’s farming tradition into yet another generation.