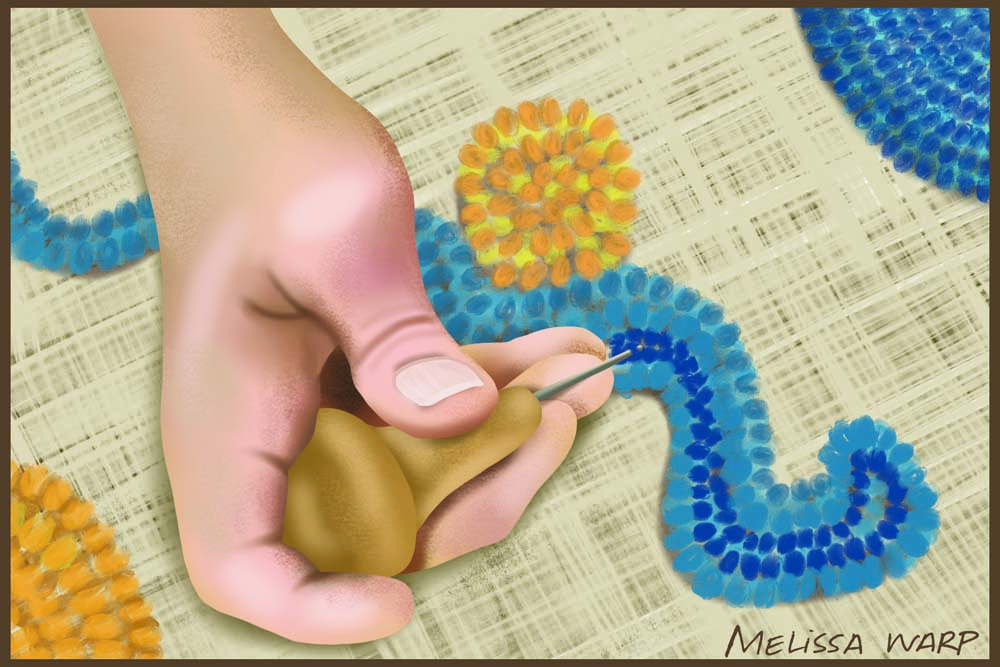 Through the snowflakes of many winters past, I can see my mother in a cozy corner of our farmhouse—hooking a rug. It never occurred to me, back then, that she was doing anything special. But last fall, while sorting through some items that had been stored away after my parents’ estate was sold, I rediscovered two of her hooked rugs that have been part of my path since I was a kid. And now, admiring them from life’s other end, I suddenly realize what loving patience and hard work must have gone into their making.

One of them has red roses on a white background; the other, a runner, 7 feet long and 2 feet wide, is composed of multicolored geometric, 4-inch squares. As I looked at the tens of thousands of loops that Mom had carefully hooked into them, I thought back to the joy, sadness and secrets left upon them through five generations of our family. Our children played on these rugs when they were babies, and their children played with toys on them when my parents later moved to a home in town.

I remember my mother and her mentor, Viola Combs, who lived on the neighboring farm, cutting narrow strips from discarded woolen garments to hook into their rugs—sometimes using our old wool coats and sweaters.

Traditional rug hooking involves pulling yarn or narrow strips of wool fabric through a backing material (usually burlap in the old days) and leaving each loop about 1/8-inch to 1/4-inch high. Traditional hooks have a narrow hook at the end of a short metal shank, set in a small wooden handle. Today’s backing fabrics are mostly cotton or unbleached linen, designed with patterns that have been stamped, traced or drawn. Although woven yarn is now used by most “hookers,” some still occasionally search for 100% woolen apparel at used clothing stores and yard sales.

Angela Jones, owner of Breezy Ridge Rugs in Marion County and a longtime consumer-member of Inter-County Energy, recalls that the first hooked rug she ever saw as a child back in Tennessee was one that her aunts made from material they cut into strips from colorful wool blankets.

Now a juried member of the Kentucky Guild of Artists and Craftsmen and a featured teacher at the Association of Traditional Hooking Artists international convention, Jones teaches rug hooking to groups in Kentucky and surrounding states and markets her finished hooked rugs and patterns, as well as wall hanging and rug hooking supplies to customers as far away as Japan through her website, www.breezyridgerugs.com.

Jones credits the internet with a resurgence of interest among young women in the heritage skill of hooking rugs; a skill that dates back to colonial America and beyond.

Author Anna Laise Phillips could have had my mother’s hooked rugs in mind when she wrote in 1925, “Our old rugs and even bits of them show our modern rug makers what has already been accomplished through the medium of what others have thrown away.”