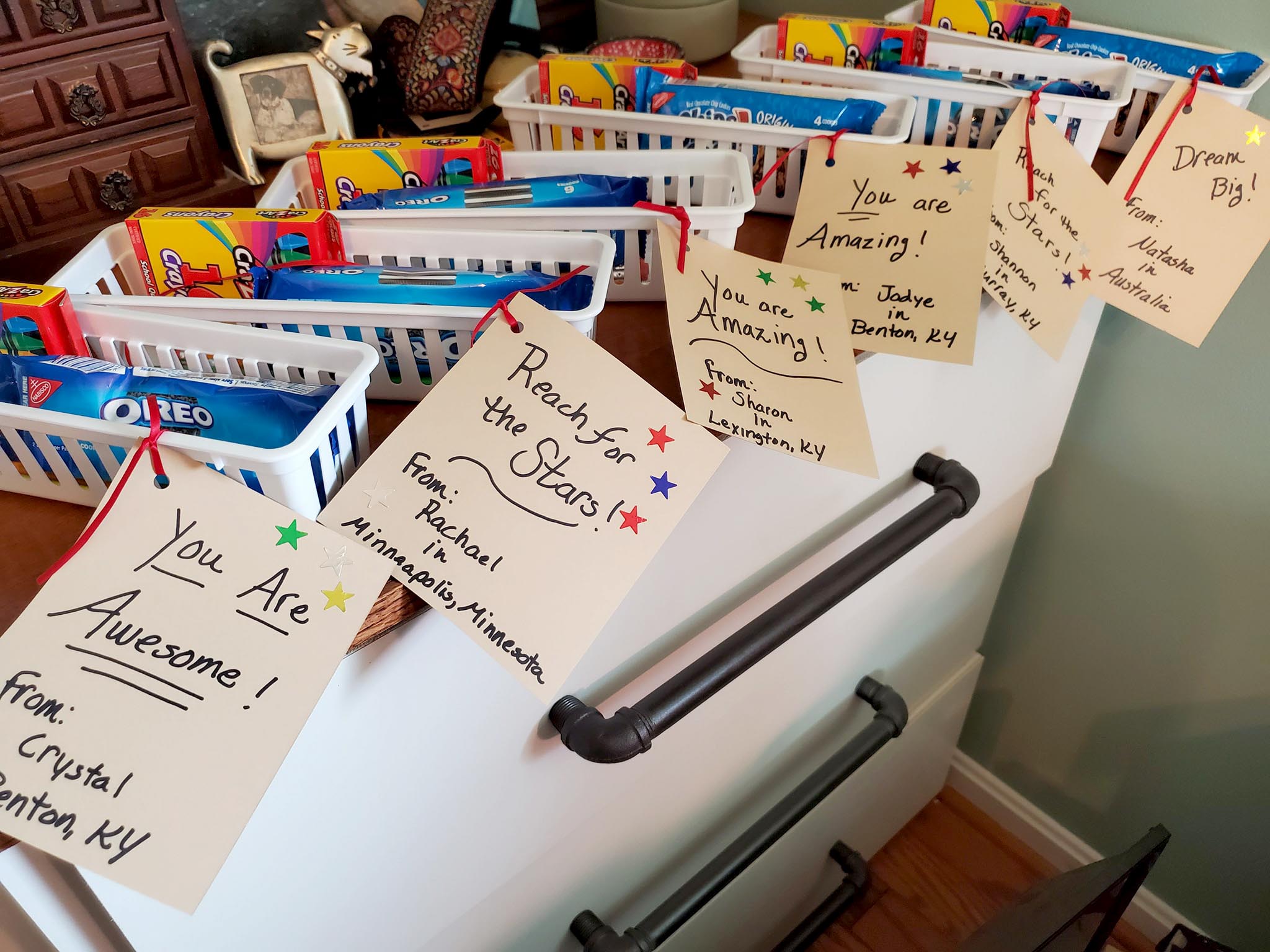 “We started building desks right after school started last September and kept building them up to Thanksgiving,” says Gloria Hollifield. She and her husband, Jim, are West Kentucky RECC consumer-members in Benton.

Jim saw a news story about a young man in Virginia building desks to help students and parents doing virtual instruction due to the COVID-19 pandemic. “I can do that,” said Jim, who has a garage workshop. Gloria says she told him, “Then you need to do that.”

“Jim was the builder, and I was running the traffic in the driveway and the funding,” says Gloria. They purchased pine wood and material for the first six desks, and after posting on Facebook, people started donating money.

“So, we said we’d keep building desks as long as there was a need and there was funding,” she says. “We were able to keep our costs on each desk to $15. Lowe’s in Mayfield was wonderful to give some materials at their cost, so we were able to get more bang for our buck.”

Jim built a total of 350 desks six to 12 at a time—which was all he could fit in his garage at one time. To place the desks, Gloria contacted school family resource centers to find families who needed desks. Later, they opened it up to anyone who requested one. The desks went mostly to Marshall, Livingston, McCracken and Graves counties and a few to other nearby counties.

They added a cut-out wooden heart to the front of each desk, after the first six. Each student also received desk supplies with a little treat and an encouraging note.

“The kids would be doing a happy dance out in the driveway when we were trying to load the desks up,” says Gloria.