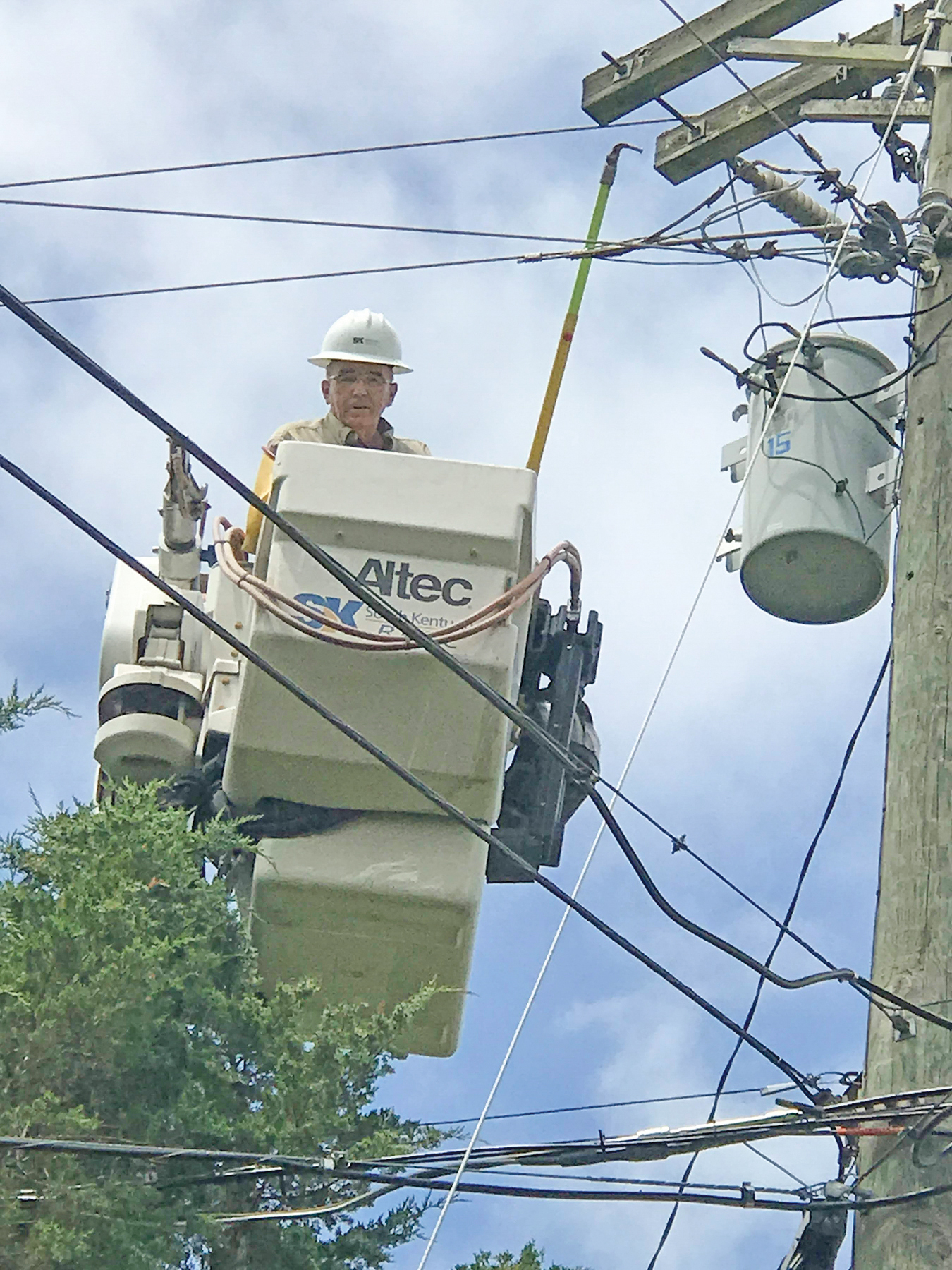 South Kentucky RECC’s Harlan Stout, who retired from the co-op in August 2019 after reaching an unprecedented 55 years of service to the co-op, has been selected for induction into the Lineman’s Hall of Fame for 2020.

The International Lineman Museum, which inducted its first members in 2006, was created to honor, acknowledge and pay respect to lineworkers who have made notable contributions to the industry.

Nominees are judged on their accomplishments and contributions to the electrical industry, work history, relationships with co-workers, and service to the industry as well as to the community. Winners, selected by the Hall of Fame’s Board of Directors, are considered to have continually exceeded the call of duty and exemplify qualities that show the true community of lineworkers.

The induction ceremony was originally scheduled for April, but due to COVID-19, Stout is scheduled to receive his award at a ceremony on October 17.

Stout’s nomination to the Lineman’s Hall of Fame recounts stories about how diligently he worked for members. Often, someone from his service area would call the co-op about an issue, telling the employee taking the service call to “just tell Harlan about my problem—he knows where I live.”

Thank you, Harlan, for your work ethic and dedication to the co-op and its members.