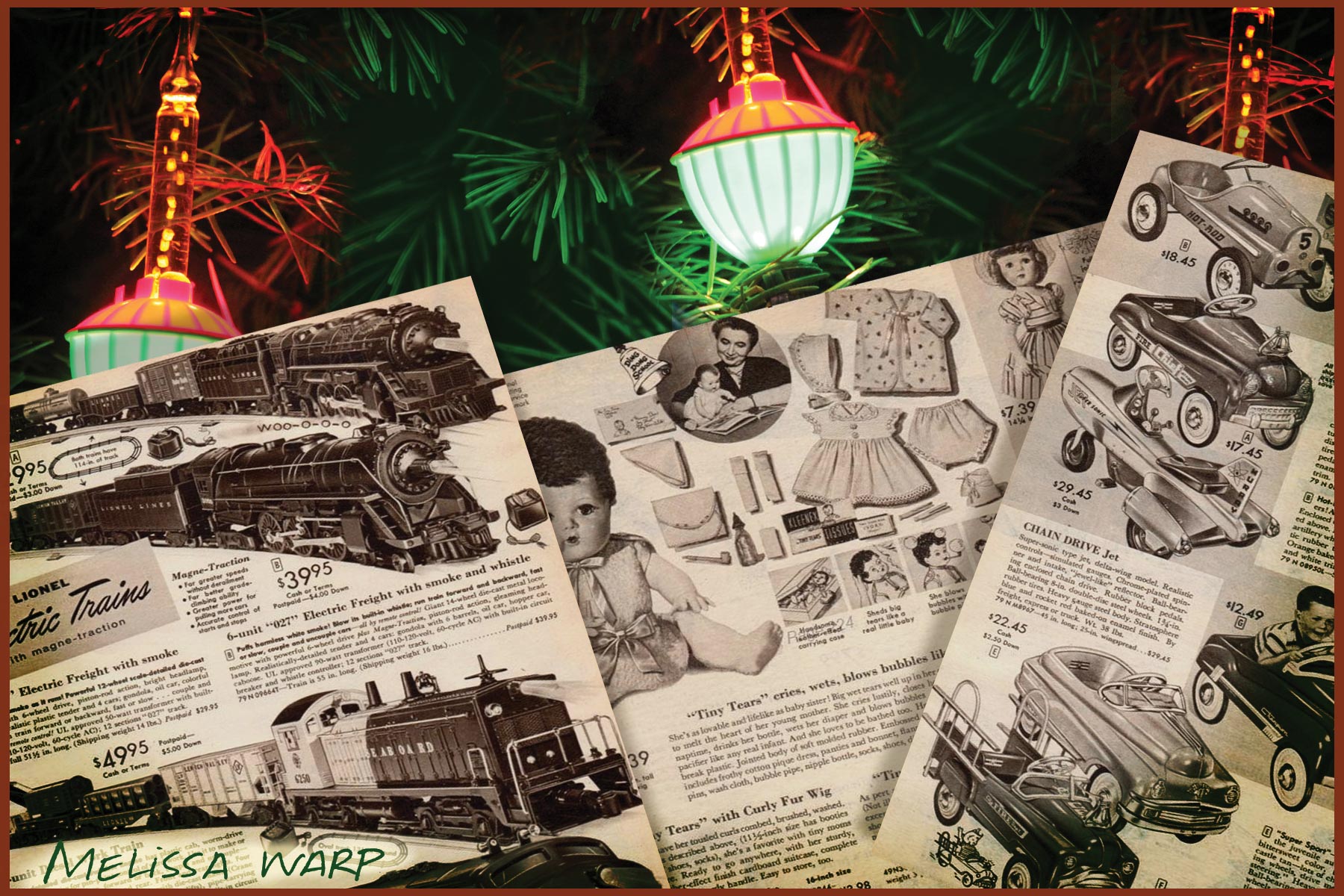 WHEN MANY OF US WERE KIDS, the arrival of a Christmas catalog in the mailbox about this time every year was the next best thing to Christmas morning.

Amazon was still only a great river in South America back then, and online retailing was hiding somewhere in uncharted cyberspace.

In the soft glow of Christmas tree lights, even toys in the catalog’s dull sepia-tone pages took on a magical luster. And in the color pages, if we listened closely, we could almost hear the whistles of electric trains and the bang of cap pistols—or sobs from a doll called Tiny Tears. Her description said she cried, wet her diaper, closed her eyes at naptime and blew bubbles just like a real baby.

With a little Christmas music, a rich imagination and a Christmas catalog, we could lay claim to any toy by simply touching its picture with our peppermint-sticky fingers in those days. And if we closed our eyes, we could picture all the toys we would probably never have—under the tree in the shadows of the bubble-lights.

Some kids curled up in an easy chair to lose themselves in the pages of a Sears, Roebuck & Co. “Wish Book”; others preferred lying propped on their elbows near the tree.

There, perhaps between the nativity set on one side and lights and tinsel on the other, the religious and material spirits of Christmas peacefully co-existed in many homes. Local radio stations often broadcast the Christmas story, and most featured Santa reading letters from boys and girls asking for toys they’d likely seen in the catalog.

Toy trucks and bulldozers, guns, dolls and dollhouses, record players, pedal cars and bikes were popular. Santa was fond of Lincoln Logs, and of the View-Master, with special lenses through which some of us would first glimpse 3-D images of Old Faithful and Mount Rushmore.

Grown-ups leafing through the Sears Christmas catalog in 1954 found a number of black and white televisions, from a 17-inch table model priced at $117.95 to a deluxe 21-inch screen console for about $300. A special notice to customers explained that as the Christmas catalog went to press, color televisions, which were relatively new to the market, were three to four times more expensive than black and white sets, and that color televisions would be listed in the catalog when it became more practical to do so. “Right now,” the notice said, “we feel that Silvertone black and white is your best TV buy.”

Black and white sets were soon to be a thing of the past, and many Christmas catalogs would eventually go paperless or become much smaller. But one or two thin catalogs sometimes still show up in our mailbox about this time of year to remind me that, for many of us, one of the best gifts of our childhood was the gift of imagination.