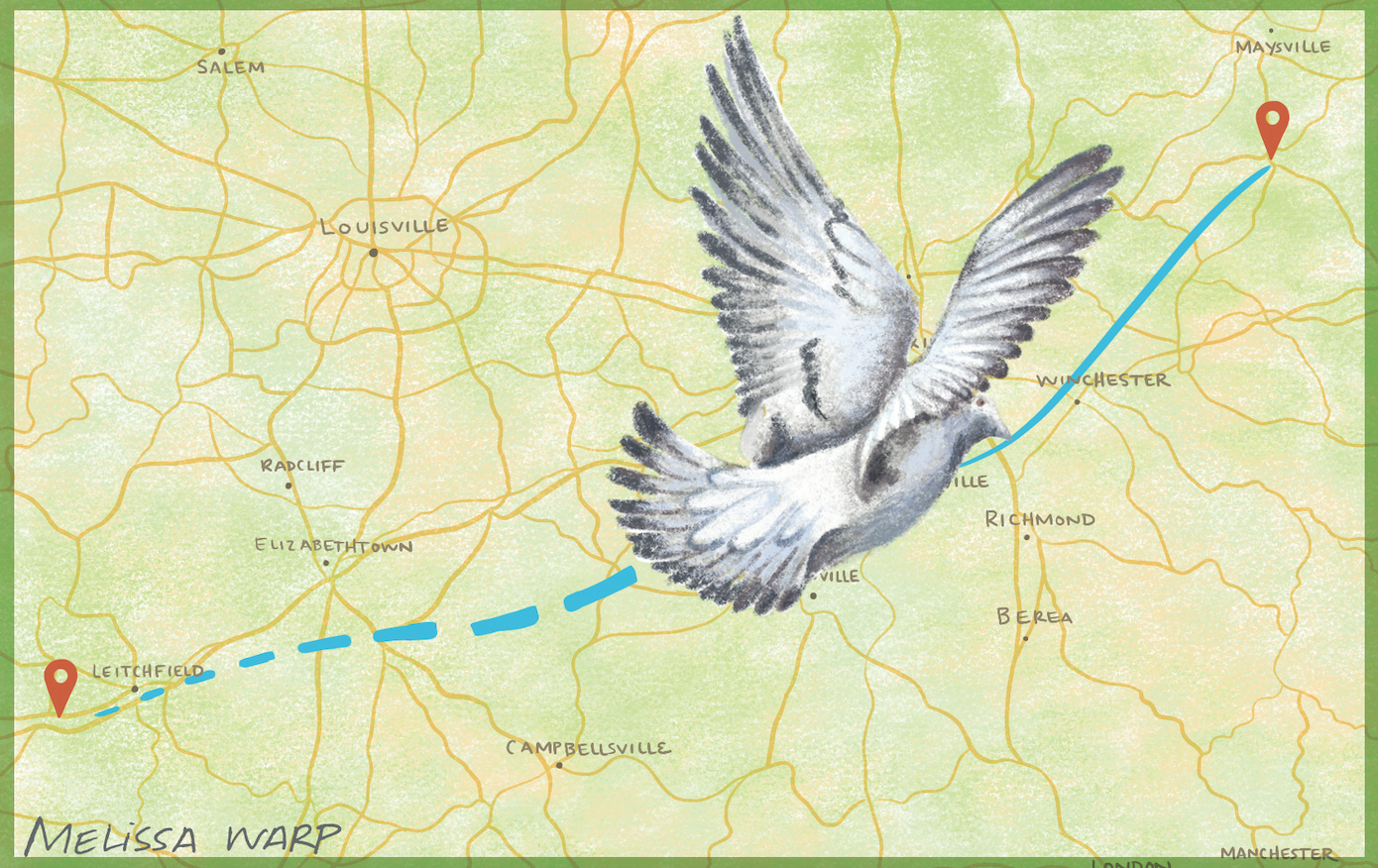 Homing pigeons are equipped to amaze

A few of the pigeons you see flying just above the treetops as you travel the highways may be equipped with more sophisticated guidance systems than your expensive GPS device—if they’re homing pigeons.

Given the birds’ intelligence and amazing sense of direction, it is little wonder that naturalist Charles Darwin and inventive genius Nikola Tesla were fascinated with pigeons.

My appreciation for the species took wings many years ago while listening to the stories of World War II veteran Lothar Marx who’d served in the Army Signal Corps as a “skilled pigeoneer,” a military instructor in the training and use of homing pigeons. The birds earned hero status during both world wars when they were used to fly secret messages through enemy lines. Marx came home to Louisville after the war, but continued to race pigeons, often competing in 500- to 600-mile, one-day races.

Of all that he’d learned about homing pigeons, he told me, how they found their way home remained a mystery.

Scientists are still pondering that puzzle. Some believe the birds have a hypersensitivity to the earth’s magnetic fields, while others suggest that sound waves, the sun and other natural factors must be involved. Whatever its guiding force, the navigational gift of homing pigeons often borders on the miraculous.

David Stephenson, a professor of journalism at the University of Kentucky who photographs and races homing pigeons as a hobby, says although most birds return home safely, he has had birds return with severe wounds from hawk attacks and buckshot pellets.

Ron Leckey of Sidney, Ohio, who has relatives in central Kentucky and has often released his racing pigeons here, visited a friend and fellow pigeon racer in northern California a few years ago. The friend shared a remarkable story about a pigeon that arrived home several days late, as wildfires were sweeping much of the region.

While driving home from work one afternoon, the friend noticed a dark-colored bird walking along the road in the direction of his house. To his amazement, it was his missing pigeon, its feathers darkened by smoke and singed by the heat encountered somewhere on its flight.

Such stories are rarely questioned by longtime pigeon racers such as Gary Potts of Frankfort and Alan Payne of Owensboro. Potts, a member of the Lexington Racing Pigeon Club, recalls one of his pigeons hobbling back into his loft on two broken legs after an unknown accident on its long flight. And Payne remembers one of his birds returning home five years after it was sold to someone 100 miles away.

Then there is the story of the pigeon that John James of Winchester shipped by air to a pigeon breeder in New Mexico. Two years later, the bird reappeared at James’ loft in Winchester, having flown a distance of some 1,200 air miles to its original Kentucky home, where—after this trip—it was allowed to retire.