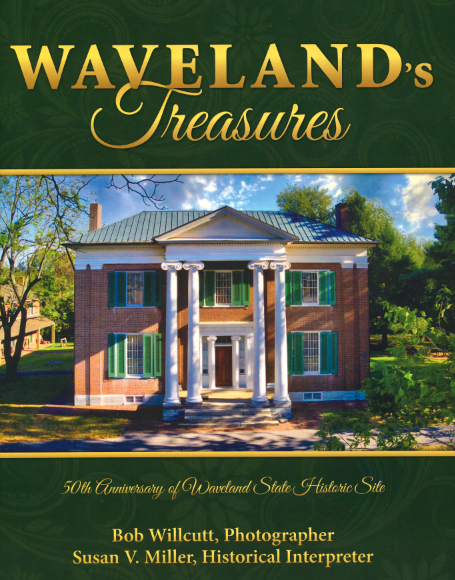 Kentucky has a wide assortment of state parks, but Lexington’s Waveland State Historic Site proves to be somewhat of a hidden gem. Considered one of the 19th century’s premier estates in the area, Waveland today offers a variety of programming, mansion and grounds tours, and serves as a special event venue.

Photographer Bob Willcutt and Waveland’s lead historical interpreter and curator, Susan Miller, collaborated on a book project, Waveland’s Treasures, (Acclaim Press, $39.95), that takes readers through the home and outbuildings as if readers were touring in person. Willcutt’s over 200 images capture the beauty of the estate and the treasures within, while Miller’s research and stories explain the significance to Kentucky’s past of the estate and the Bryan family who built it.

Marking the 50th anniversary of Waveland’s designation as a state historic shrine and park, the book offers a beautifully presented look into Kentucky’s storied past.