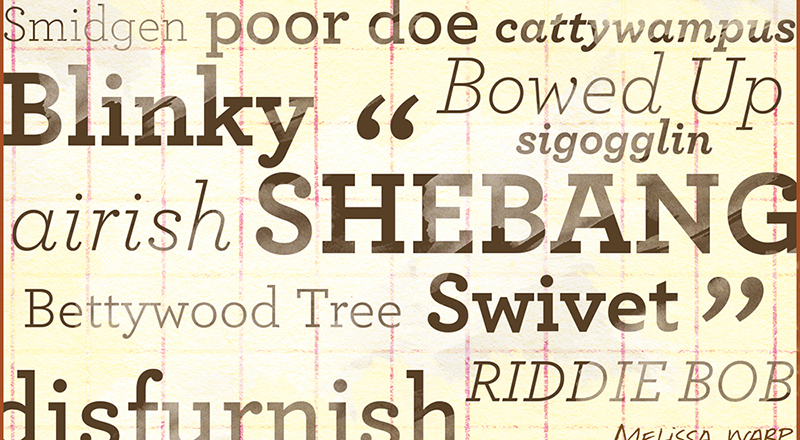 If your milk is blinky, make some poor doe

A while back, Steve Russell, of the Windsor community in Casey County, noticed in the local newspaper an interesting phrase used in a traffic accident report.

A man whose car had rear-ended another vehicle told police that the driver in front of him “just bowed up and stopped.”

Steve, a member of South Kentucky RECC, wondered if I was familiar with the term.

“Bowed up”is one of many unusual phrases dwindling into obscurity and possible extinction.

The Dictionary of American Regional English or DARE (Harvard University Press), which lists thousands of such terms—including many used in different regions of Kentucky—offers multiple definitions of  bowed up: “standing up to someone,”  “turning mean,” and a usage most familiar to me as a central Kentucky farm boy: “When cattle in winter stopped and humped their backs up, they were said to ‘bow up.’”

A University of Wisconsin researcher, gathering information for the massive dictionary, once called to ask if I had heard of a bettywood tree.

He said the name appeared in some of Kentucky’s earliest surveys in Bourbon, Bath, and perhaps a few adjacent counties, and that no one seemed to know to which species the nickname referred. I’d never heard of a bettywood, but printed an inquiry in a newspaper column inviting anyone with information on the name to contact the researcher.

The current DARE entry for bettywood states that conclusive identification was never made, but a lengthy explanation notes that available evidence suggests that bettywood may have been a local name for a sycamore, or possibly a birch.

Among the scores of other listings used in parts of Kentucky are: airish, meaning “the weather is getting cooler,” and  cattywampus, the table was nice and straight until he came along and “knocked it cattywampus.” (Our word for that was sigogglin’).

The late Paul Dalton of Allen County wrote his master’s thesis at what is now Western Kentucky University on Elizabethan Leftovers in Allen County, and long ago gave me a list of words and phrases that were still used occasionally in some parts of Allen County. Among them: shebang, an old Irish term for a place where liquor is sold illegally. Smidgen, archaic for “a little bit.” Swivet, from Scotland, meaning “a nervous state of mind.” Fair up, the clearing of clouds after a rain.

Dalton said he had found numerous words and phrases that traced beyond Shakespeare to the earlier works of Geoffrey Chaucer.

Then there is the collection of eastern Kentucky words and sayings remembered by the late Appalachian writer Verna Mae Slone of Knott County, in How We Talked:

Blinky, milk just beginning to sour; riddie bob, a seesaw;  poor doe, gravy made with water when there was no milk; disfurnish, to sell or give away so much that you are in need yourself.

This is by no means the whole “kit and kaboodle,” and I welcome your additions to the list.