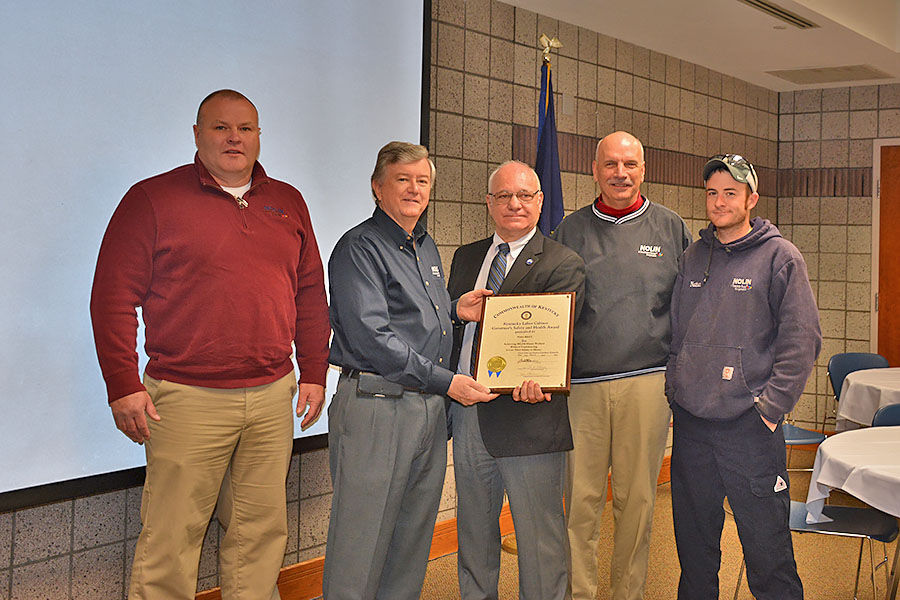 “Our highest priority at Nolin RECC is to work safe so that we can all go home to our families at the end of each day,” says Mickey Miller, president and CEO of Nolin RECC. “When you work around 7,200 volts of energized electricity, safety has to be foremost. Holding regular safety meetings and training throughout the year helps us to maintain a safe work environment and mindset.” Mike Nemes, deputy secretary of the Kentucky Labor Cabinet, called the record “an amazing thing.”

“Most don’t give it much thought when flipping a light switch that there is someone putting life and limb on the line daily,” Nemes says. “The achievement means a commitment of practicing the daily, routine parts of the job—whether working on a power line or in the office—the right way every time.”

“The co-op is dedicated to providing its employees the most up-to-date safety equipment and training available,” says Carol Hall Fraley, Grayson RECC president and CEO, “but that will not keep employees safe unless they follow the rules and wear the equipment.”

The Wilson Station completed 1.7 million hours without a lost-time injury, receiving its 14th Governor’s Safety and Health Award. The 117 employees at Big Rivers’ headquarters worked more than 1 million hours without a lost-time injury or illness, earning their third award. Big Rivers now has a total of 41 awards, more than any other entity in Kentucky.