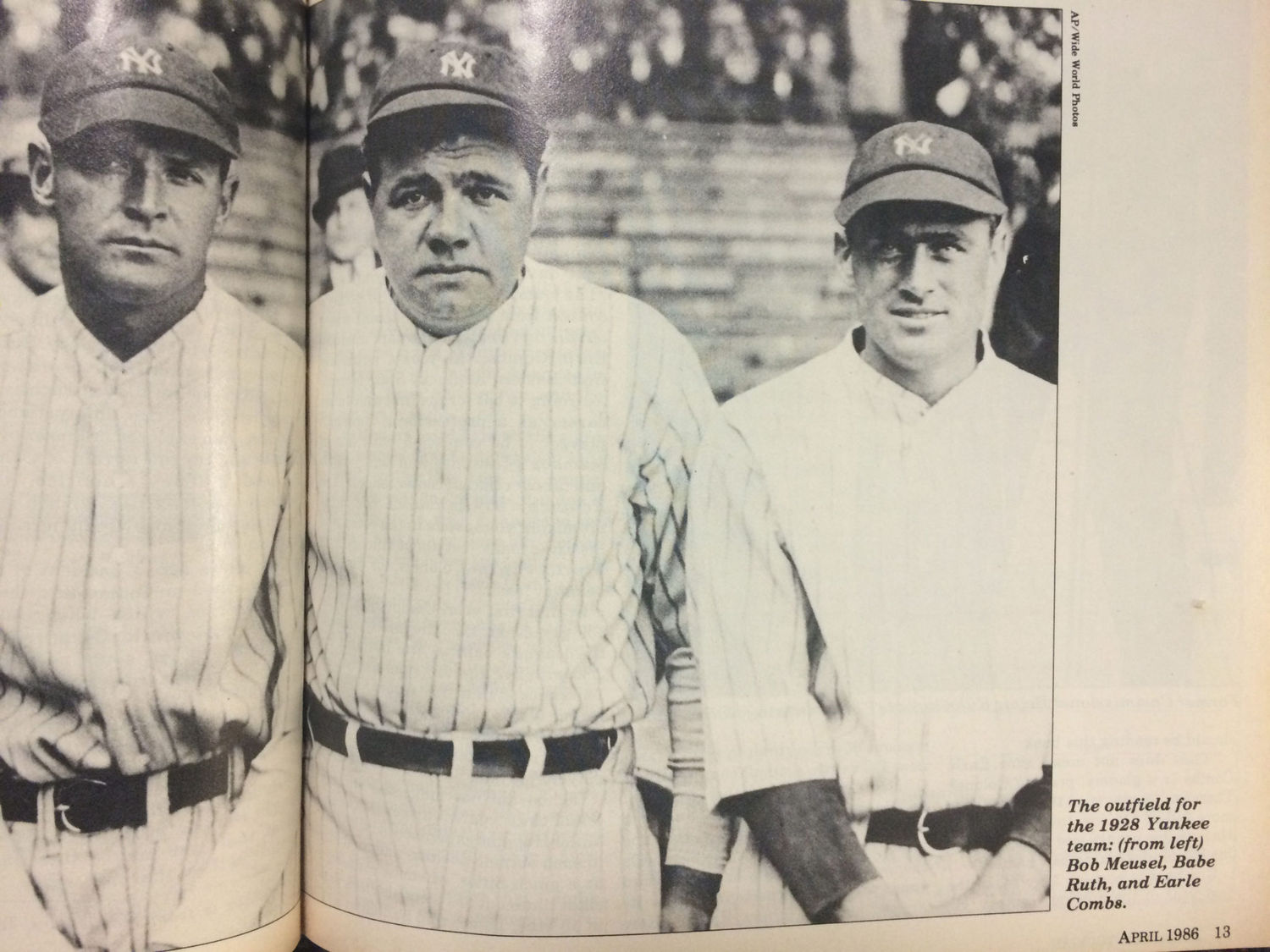 Kentuckian Earle Combs’ active baseball career ended early in the fall of 1935 due to a broken collarbone and he returned home to his Richmond, Kentucky, farm.

But New York Yankee General Manager Ed Barrow called Combs to ask if he’d remain with the team and be a coach, adding that the Yankees had bought a rookie outfielder and the new kid would be turned over to Combs for special tutoring.

Barrow concluded with what may be the baseball understatement of the century: “If this boy does as well as you,” he said, “I’ll be satisfied.” The “boy” was Joe DiMaggio.

Read about Combs’ Kentucky connections, his Yankees career, Babe Ruth’s critique of him, and about the day in 1934 that almost cost Combs his life.

Combs’ lifetime batting average equalled that of DiMaggio—.325—and he went on to be inducted into baseball’s Hall of Fame in 1970.

Read this story from the pages of Kentucky Living, April 1986: