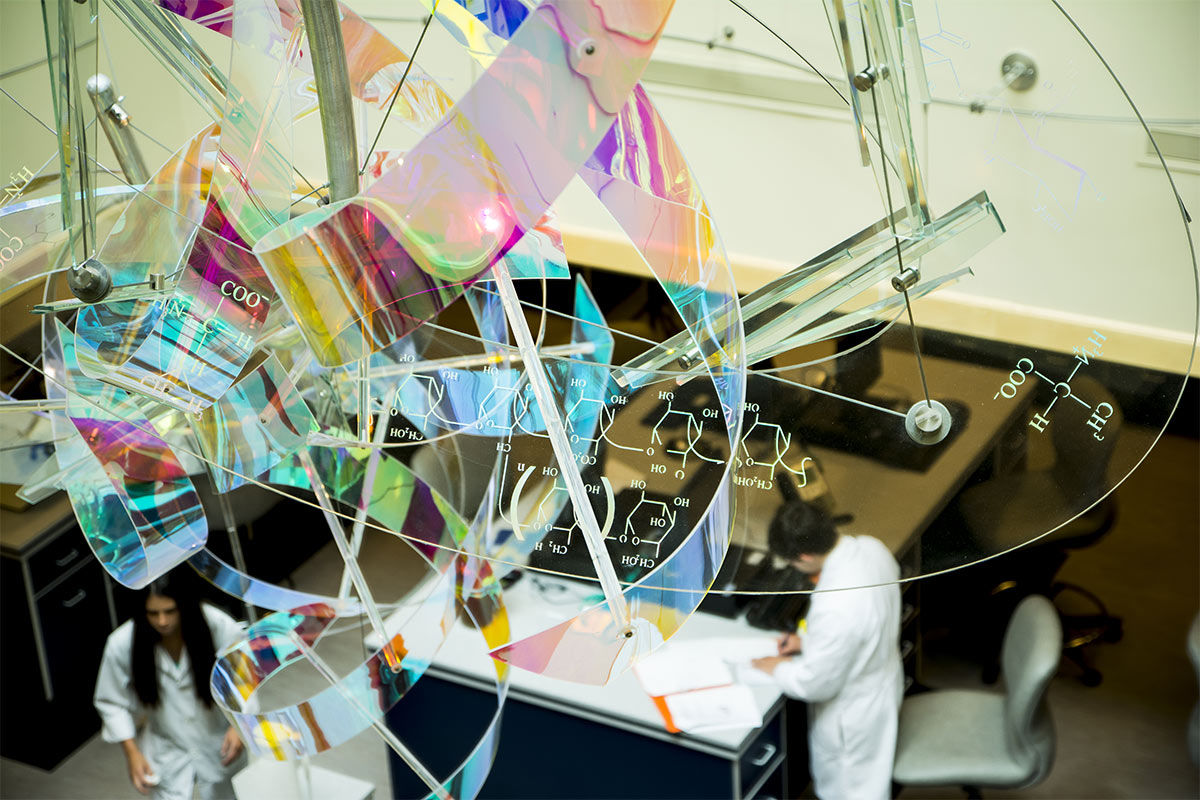 Since its inception, Alltech has contributed in a number of ways to the farming community by finding ways to solve farmers’ problems. But the company is going even further by extending its impact to Kentucky’s economic development and now, to fighting disease in humans.

Embracing Kentucky, embracing ideas
Dr. T. Pearse Lyons, the company’s founder, draws parallels between his native country of Ireland and his now-home state of Kentucky. They have nearly identical-sized populations of people who love horses and whiskey and there are some similarities of terrain and culture.

But truth be told, Alltech might have settled anywhere: Kentucky is where the Lyons family happened to be living when he started the company.

But his wife, Deirdre Lyons, points out an advantage Kentucky (or at least American) business culture had over the Irish one they knew at the time.

“If you had an idea, that idea was embraced—not run down” or mocked, as it would be in Ireland, she says.

And whatever the similarities or differences between their old home and their new one, the Lyons and Alltech have embraced Kentucky.

• Alltech has 700 employees in the state, one-sixth of its global work force, and nine manufacturing facilities.

• Its beer and whiskey operation—Alltech Lexington Brewing and Distilling Company—was an early presence in Lexington’s vibrant craft brewing scene, and its Town Branch Distillery is a stop on the Kentucky Bourbon Trail. The company’s beer is sold in 25 states and eight countries.

• The company funds a number of research fellowships at the University of Kentucky and has what Nancy Cox, dean of the College of Agriculture, calls “a pretty novel public-private partnership” at the college’s poultry facility: UK scientists and Alltech scientists work alongside each other, with an agreement that all research will be published for the entire scientific community and not kept proprietarily by Alltech. The company also has a research alliance with Kentucky State University in Frankfort.

• The company has funded 11 labs in primary schools around the state. It sponsors vocal scholarships at UK and holds an Innovation Competition every year for collegiate entrepreneurs.

• Erik Dunnigan, deputy secretary of the Kentucky Cabinet for Economic Development, says Alltech’s annual conference in Lexington, with its morning runs through city neighborhoods, dinners at the Kentucky Horse Park, and assortment of presentations on a variety of global issues, serves as a showcase for the city that allows visitors from around the world to “see Lexington in a broader light.” (The company claims the conference has a $7.2 million annual economic impact.)

And in 2016, it’s scheduled to open eastern Kentucky’s first craft distillery and brewery, Dueling Barrels, in downtown Pikeville. It will offer tours and tastes (the local laws forbid a taproom or restaurant). The alcohol that’s made will include a newly trendy spirit that fits in with eastern Kentucky traditions—what Hal Gervis, the former global operations manager for Alltech’s Lexington Brewing and Distilling Co., calls a “really nice high-end–type moonshine.” Since it doesn’t have to be aged the way bourbon does, moonshine gives the distillery a product it can sell almost immediately.

Gervis says Dueling Barrels may help tourism in Pikeville. It will initially employ approximately a dozen people; Gervis says employment is expected to reach 50 or more in a few years.

Fighting dementia and diabetes
Next, Alltech may just take the medical community by storm.

The company is working on a mineral-enriched yeast product, developed from its animal product Sel-Plex, that may have promise in fighting against human forms of dementia, such as Alzheimer’s disease.

Ronan Power, Alltech’s vice president for life sciences, explains that nearly a decade ago, a new “gene chip” technology allowed Alltech to study gene expression, which is how different substances affect the degree to which a gene is “turned on or turned off.”

They noticed that, among animals fed Sel-Plex, the genes that are associated with Alzheimer’s disease in humans seemed to be “turned down.” Further research at UK showed an approximate 50 percent reduction in the plaques and tangles that are the chief structures found in the brains of Alzheimer’s sufferers. The substance Alltech is developing for use in humans, called AT001, has gone through the first level of human clinical trials, and now is going into the second phase.

AT001 is an intact yeast product, Power says, which means it won’t be sold as a drug but as what’s called a “nutraceutical,” sold over the counter in health stores. He says the company hopes it will be on the market in three years or less.

Alltech is also investigating a further refinement of the same research, which may lead to developing a possible anti-diabetes drug (some scientists believe diabetes and dementia are closely related).

Because it’s based on pure compounds, the anti-diabetes substance would be classified as a drug. Power says that if it goes forward, the drug would probably be spun off into a publicly traded company, or a large pharmaceutical company might be brought in as an investor, because of the large costs involved in bringing a pharmaceutical to market. Power estimates it will make its appearance in approximately seven years.

Alltech is looking at other sources of biological potential. At REBELation, the company’s 2015 conference, Dr. Karl Dawson, Alltech’s vice president and chief scientific officer, gave a talk about novel products that might be made from two plants traditionally associated with Kentucky that are tightly regulated and have negative associations: Tobacco, which appears to be well-suited as a medium in which to grow therapeutics cheaply and quickly; and hemp, an excellent source of fuel oil, fabric, paper, and other substances (cannabis oil is believed to have the potential to combat a number of ailments).

Dawson looks back at what the company has made out of everyday materials—the yeasts humans have used to make bread and brew beer since there was civilization. He estimates that in the last 20 years, Alltech has come up with between 50 and 100 different products based on yeast.

“The ability to innovate is beyond any place I’ve ever been,” he says.

For more about the company, read “The Science of Alltech,” by clicking here.