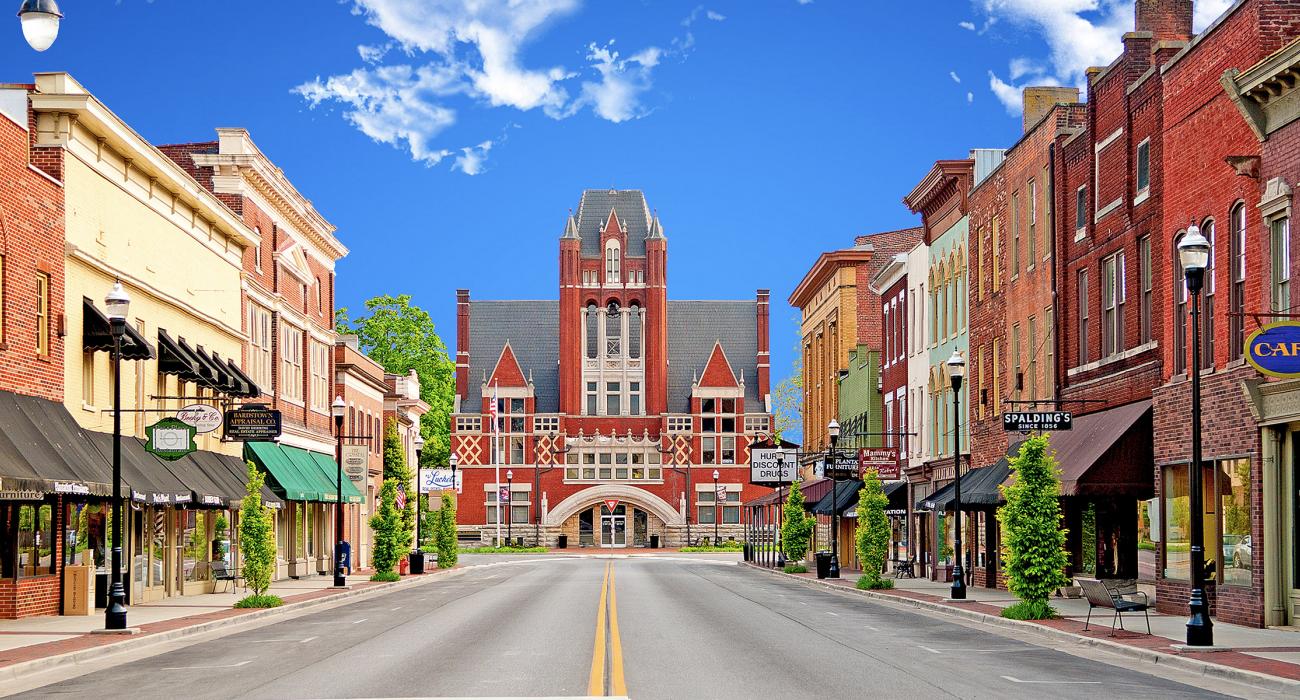 Pound for pound, no city in America has cooler places to stay than Bardstown, Kentucky. Though bourbon is probably why most people come here, it’s the only city in America where you can stay in a 200-year-old jail (in an actual cell), a bourbon-themed bed and breakfast, and a tavern both Abraham Lincoln and Jesse James once visited. And you should be glad the city has such fantastic accommodations because, at the end of a long day in Bardstown, you’re going to sleep like a champ.

The distilleries are the obvious draw here. There are six in town, including the ultra-modern Bardstown Bourbon Company, which helps produce dozens of whiskeys for smaller labels in addition to its own bourbon, and Heaven Hill. which has sweeping bluegrass vistas. The cuisine in town is another draw, especially the newly opened The Bar at Willet, which is Willett Distillery’s on-site bar and restaurant that serves elevated Southern small plates and a hell of a good Old Fashioned. You’ll also want to make sure you visit the oldest bourbon bar in America at the Old Talbott Tavern, which dates back 230 years.

Beyond drinking, you can learn more than you ever wanted to about whiskey at the Oscar Getz Museum of Whiskey History, or stroll under 12-foot forest giant sculptures at the Bernheim Research Forest and Arboretum. This Napa Valley of Bourbon offers its own train rides, too, with the Old Kentucky Dinner Train taking people through the countryside with elegant meals and, of course, plenty of whiskey.