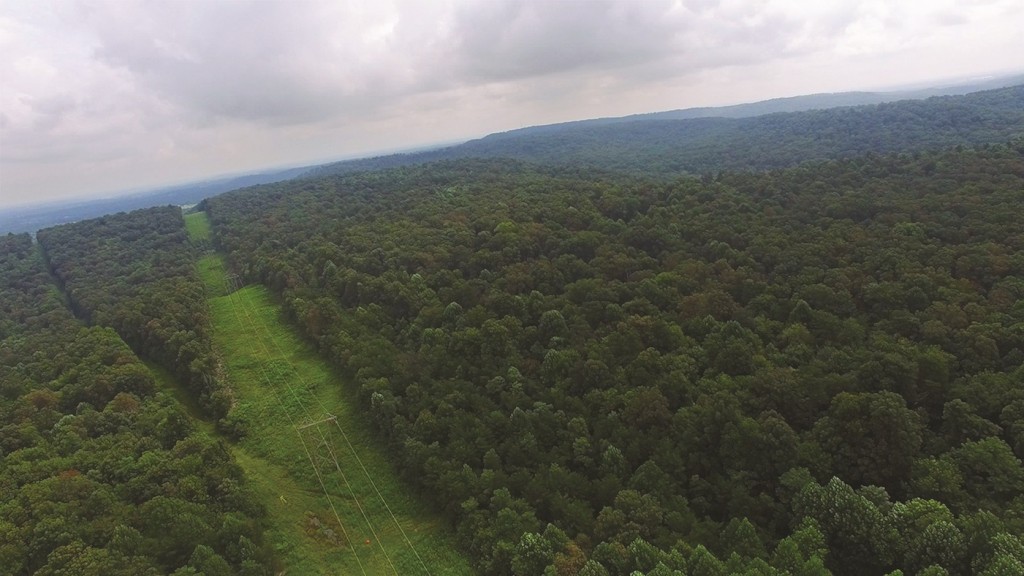 CLERMONT—Bernheim Arboretum and Research Forest announced the purchase of a 954-acre tract of land known as the Big Level, bringing the forest’s total acreage to 15,625.

The acquisition is the largest since founder Isaac Wolfe Bernheim’s original 12,500-acre purchase in 1928. It allows Bernheim to protect additional critical wildlife habitat and continue I.W. Bernheim’s legacy of conservation.

Historically called the Big Level because of the large plateau on its summit, it is situated on the north side of Kentucky Highway 245 just behind the Jim Beam Distillery. The land features large forest expanses, the headwaters of three creeks, and several small wetlands.

Bernheim partnered with the U.S. Fish and Wildlife Service Kentucky Field Office and used the Imperiled Bat Conservation Fund to finance the $1.4 million purchase. Bernheim has documented 12 of the 14 bat species found in Kentucky in Cave Hollow, a watershed that forms the eastern boundary of the Big Level. These include the Indiana bat, a federally endangered species, and the northern long-eared bat that is federally threatened.

The Simon family, owners of Publishers Printing, sold the property to Bernheim. The sale honors the late Frank and Elizabeth Simon who purchased the Big Level in 1988. It also honors their late son Nick Simon’s wish for Bernheim to own and protect the land. Nick Simon served as a Bernheim trustee from 1990 to 1997.

Nick Simon’s sister, Elizabeth Montgomery, said it was an honor to fulfill her brother’s wishes. “Our family has long had a love of nature,” said Montgomery. “With this purchase, Bernheim will preserve our heritage as land and nature conservationists.”

Wourms called the Bernheims and the Simons “two extraordinary families.”

“The legacy of conservation that they have left in this state and this part of the country is unmatched,” said Wourms. “Bernheim was already the largest privately held contiguous forest dedicated to conservation and education in the eastern United States and thanks to the Simon Family and the U.S. Fish and Wildlife Service, we are protecting even

Wourms also praised the Bernheim board of trustees for their leadership in protecting wildlife corridors and their vision to become a nationally treasured leader in ecological stewardship.

Wourms also noted the positive impact protected land has on the region’s economy.

“Clean air, clean water, and green space are vital to a strong economy along the Bourbon Trail, not to mention the economic impact derived from the 270,000 people who visit Bernheim each year,” said Wourms.

“At Beam Suntory, we’re deeply committed to protecting the natural water sources for our products, preserving our precious environment, and supporting the communities where our people live and work,” he said. “We’re thrilled with Bernheim’s work to conserve this land, which is vital to our region’s economy. We’re proud to have them as neighbors and we look forward to an expanded partnership with them to promote the environmental priorities we all share.”

Tom Block, president of the Bernheim board of trustees and I.W. Bernheim’s great-grandson, also called it serendipitous that both families, the Simons and the Bernheims, emigrated from Germany and settled here in Kentucky.

Block said that March 18 marked the 150th anniversary of when I.W. Bernheim arrived in America. The Simon family made the journey 17 years before that in 1846. “We couldn’t think of a better way to honor the anniversary of I.W. Bernheim’s arrival than with the purchase of the Big Level,” said Block.

Bernheim Forest Manager Andrew Berry added that the acquisition of the land is only the beginning of the long-term conservation work that Bernheim will carry out. In conjunction with the purchase, $140,000 has been set aside for stewardship work.

Berry said stewardship work will include the removal of invasive plant species, wetland and stream improvements, and enhancements for bat habitat. “Our habitat improvements on the Big Level will adhere to the same high standards of land stewardship we carry out every day at Bernheim Forest,” said Berry.

Berry added that Bernheim will seek continued financial support for stewardship work from donors and other philanthropic organizations.

Wourms said that public access to the land will be limited to nature-based education programs and researchers. Special tours may also be added later this year.