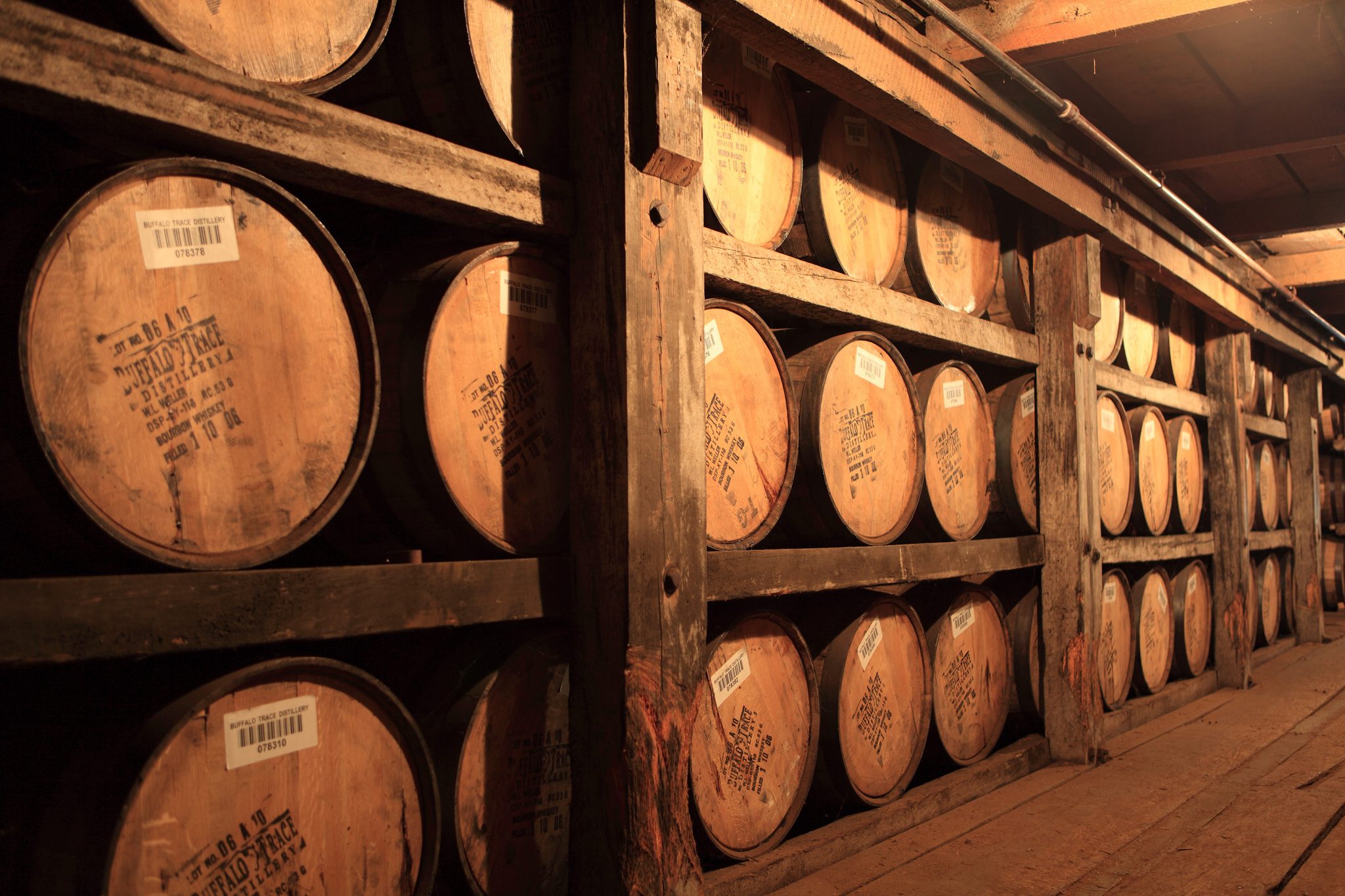 FRANKLIN COUNTY, KY – Buffalo Trace Distillery experienced phenomenal tourism growth over the past decade, having increased visitation to the National Historic Landmark Distillery by 466 percent since 2010.

The Distillery ended 2019 having welcomed a record-breaking 293,996 visitors during the calendar year. This is a 35 percent increase in visitation over the previous year.

Over the course of 2019, Buffalo Trace reached significant milestones in its ongoing $1.2 billion investment to make more whiskey and accommodate the increased visitation.

This fall, repairs, restoration and painting kicked off behind the scenes at Buffalo Trace, specifically behind the back wall of the Visitor Center. Though having just completed an expansion of its Visitor Center in 2015, Buffalo Trace is again expanding in order to accommodate the continued tourism growth.

Much of the construction and expansion work will continue to take place out of the way and will have minimal impact on guests visiting the Distillery, as the Visitor Center will be expanding further back into the building it currently resides. Work will take place behind the back wall until the expansion work is complete. Then the existing Visitor Center will receive updates and work will be completed to make the building a cohesive space. The Distillery anticipates the Visitor Center expansion to wrap up later this year.

Just as tourism continues to grow, so is demand for more bourbons made by Buffalo Trace, which is why the Distillery made some major upgrades to expand its distilling capabilities in 2019, embracing the first large scale structural expansion on the campus since the end of Prohibition.

Right before Christmas, the Distillery started up its brand new, 22-foot cookers for the first time. A recap of this milestone can be viewed here, and downloaded here. Four of these massive cookers, which are responsible for pressure cooking the milled grains before they are cooled and fermented, were installed in 2019. The new cookers span three floors in height, and the Distillery had to remove the roof of its Mash House to lower them into the building.

This, and several other Distillery upgrades Buffalo Trace has been working on over the past year will allow the Distillery to greatly increase its whiskey production, as demand for its whiskies continues to grow.

Along with the cooker upgrade, the distillery installed four new fermenters this past summer, after having to raise the roof by nine feet. The fermenters are 92,000 gallons a piece – the same size as Buffalo Trace’s other fermenters. Additionally, a new cooling tower, which cools down the grains after they are cooked into mash, was added.

All this whiskey has to go somewhere to age, so the Distillery has been busy on that front too. Six new warehouses which each hold 58,800 barrels now stand on the farm adjacent to the Distillery, with two more under construction, and many more planned over the next several years. Latest new barrel warehouse progress can be viewed, and downloaded here.

“The growth we are seeing in all aspects of the Distillery is really exciting,” Meredith Moody, director of homeplace development said. “We are eager to show all of our distilling upgrades to new and returning guests on our updated Hard Hat Tour. It’s a whole new experience, whether you are a first time visitor or have toured many times.”

Buffalo Trace is currently offering a modified Hard Hat Tour, which takes guests through the recent fermenter expansion. The Distillery anticipates reincorporating the updated Mash House into the Hard Hat Tour route by early February once final construction elements are complete in that building. For more information about tours and to make reservations visit https://www.buffalotracedistillery.com/visit-us/our-tours.

Buffalo Trace Distillery is an American family-owned company based in Frankfort, Franklin County, Kentucky. The Distillery’s rich tradition dates back to 1773 and includes such legends as E.H. Taylor, Jr., George T. Stagg, Albert B. Blanton, Orville Schupp, and Elmer T. Lee.  Buffalo Trace Distillery is a fully operational Distillery producing bourbon, rye and vodka on site and is a National Historic Landmark as well as is listed on the National Register of Historic Places. The Distillery has won 35 distillery titles since 2000 from such notable publications as Whisky Magazine, Whisky Advocate Magazine and Wine Enthusiast Magazine. Its Col. E. H. Taylor, Jr. Four Grain Bourbon was named World Whiskey of the Year by “Jim Murray’s Whiskey Bible 2018” and its William Larue Weller and Thomas H. Handy Sazerac were named 2nd and 3rd finest whiskeys in the world, respectively, in the “Jim Murray Whiskey Bible 2020.”  Buffalo Trace Distillery has also garnered more than 1,000 awards for its wide range of premium whiskies. To learn more about Buffalo Trace Distillery visit www.buffalotracedistillery.com.