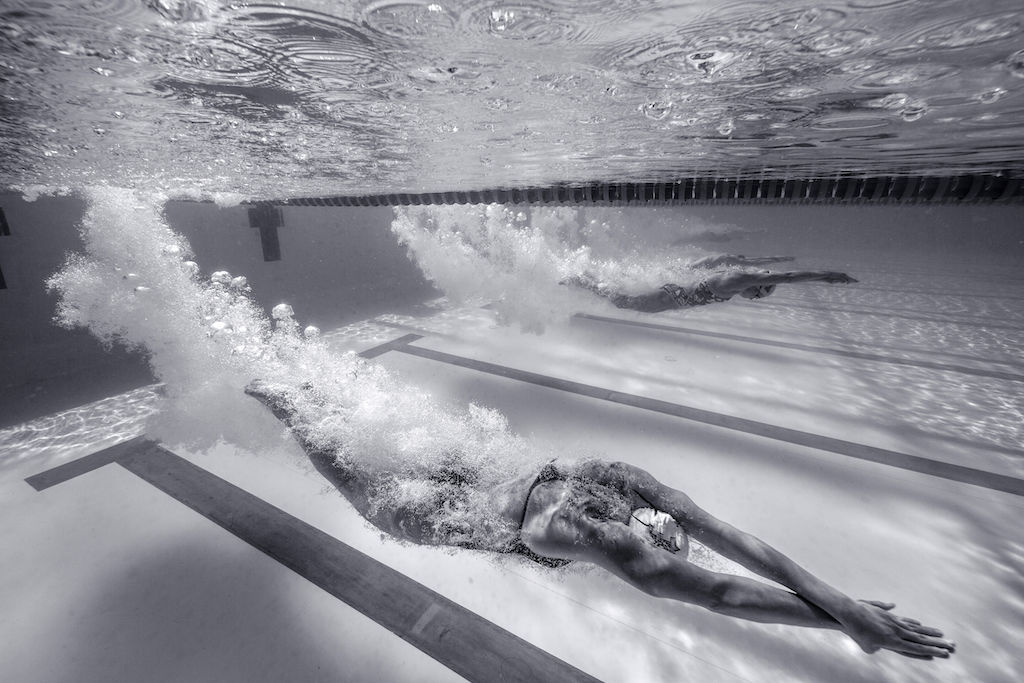 The Olympics. The mere mention of the word brings to mind unparalleled international pageantry, unforgettable feats of athleticism, and inspiring stories of personal triumph. Many of the 10,000-plus athletes expected to make the journey to Rio de Janeiro, Brazil, this summer have been dreaming of becoming an Olympian their whole lives. It’s a dream that burns strong in the hearts and minds of several talented Kentuckians as well.
By mid-May, Lexington fencing phenom Lee Kiefer was the first and, so far, only Kentucky athlete to secure a spot on the 2016 U.S. Olympic Team. But with trials for disciplines like shooting, track and field, and swimming and diving still pending, planes to the 2016 Summer Olympics Games in Rio (August 5-21) may yet transport a contingent of athletes with ties to the Bluegrass State.
Here, while no means a complete list, are a few contenders to watch for, with a sampling of their career highlights.
Lee Kiefer, Fencing

Why She’s One to Watch: Kiefer was a member of the 2012 U.S. Fencing Team, where she finished fifth in individual foil. Now, four years older with multiple NCAA and international titles under her belt, Kiefer feels prepared to enter the 2016 Games as a medal contender. In 2012, “I was so young. I hadn’t really medalled at a senior-level tournament yet. I just went in thinking, ‘I am going to fence my best,’” Kiefer says. “Going into these Games, I know what the environment is going to be like. I have been able to compete with the fencers who are consistently ranked at the top, and so I think if I am prepared, I can definitely be a medal contender.”

Prioritizing Rio: While Kiefer plans to enter med school after finishing her Notre Dame degree, she’s taken the past year off from college to devote full time to her fencing training. “I wanted to maximize this year before the Olympics to really have a good chance of medalling, and to help ensure that I am staying healthy, getting enough sleep, and training enough,” she says. And since 2012, her game has evolved: “I’m still a very athletic fencer. But now I’m adding in more discipline and patience,” she says. “Patience is important.” 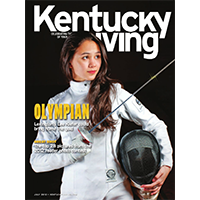 Why She’s One to Watch: Kelsi Worrell is the only swimmer in history to swim the 100yd butterfly in under 50 seconds, and she’s done it multiple times—breaking the American record for two years straight at the 2015 and 2016 NCAA Championships, with times of 49.81 and 49.43, respectively. Since 100yd and 200yd distances (being American measurements) aren’t raced at the Olympics, Worrell will take aim at the roughly equivalent 100m and 200m butterfly events at the upcoming Olympic Trials, along with two sprint freestyle races.

Olympic Dream: “It’s just been within the past couple of years that I have allowed myself to dream that dream,” says Worrell. “Even as a young girl, I knew the percentage of people who get to go to the Olympics is so small, and it’s so incredibly hard. So, I never really allowed myself to picture myself there. It wasn’t until the last couple of years that I realized, I might actually have a shot at getting to go.”

Her Game Plan, If She Makes It: “There’s going to be a lot of fast swimmers there,” she says. “They are going to go really fast. I can’t control what they’re going to do. I can’t worry about how they’re carrying themselves, or what they’re doing in the warm-up room. I have to focus on my race, and not compare it to anyone else.”

Why She’s One to Watch: In March, Danielle Galyer stormed into the college spotlight, taking first place in the 200yd backstroke at the NCAA Championships­­— and becoming the first-ever NCAA swimming champion in University of

Kentucky history—with a time of 1.49.71, the sixth fastest U.S. Open time recorded for that race. Galyer swam prelims in the 2012 Olympic Trials, but did not qualify for semifinals or finals that year. This time, she hopes, the outcome will be different: “The stakes are high, and Trials can be overwhelming,” she says. “But I’m very excited this time. I know what to expect. I know the environment. And I’ll be able to focus more on my race.”

Preparing for Trials: “I am just really trying to focus on getting the most out of every workout, and sticking to my regimen to try to reach my goal time,” Galyer says. “If my goal time gets me to the Olympics, then great. And if not, I didn’t even think I’d be close to this place a year ago. So, everything is just icing on the cake.”

Why She’s One to Watch: Now training with the South Florida Aquatic Club in Ft. Lauderdale, this former Hilltopper currently holds the world Masters records (age 25-29) in the 50m and 100m butterfly events.

Recalling 2012: “Just making the team was the biggest thing for me. In the finals, you have eight of the best swimmers in the country racing for the top two spots (to make the Olympic team),” Donahue says. “When I looked up and saw that number two beside my name, it was just incredible. I was 23 at the time, and my entire life I had wanted to make the Olympics. For that dream to come true, it was just a whole rush of emotions.”

Balanced Approach for 2016: Donahue credits working with sports psychologist Dr. Betsy Shoenfelt, a professor at Western Kentucky University, for giving her a better “mental edge” going into this year’s Trials. “A lot of what I’ve been working on is building confidence not just in myself, but in my mental game,” she says.

Why She’s One to Watch: The sheer longevity of Brunemann’s career is breathtaking. While working toward her MSW and interning as a sports counselor for University of Michigan collegiate athletes, the former Kentucky state champion (2004, 2005) still finds time to train 10 times a week with a professional swim team in Ann Arbor. “If you had told me when I was a freshman in college that I would still be swimming at almost 30 years old, trying for the Olympics and traveling the world, I would have thought you were crazy,” she admits. “If I make the Olympic team, awesome! That’s something I’ve always wanted. But if I don’t, there’s not a bone in my body that can look back and say that my career has been a failure because I didn’t make it to that stage.”

Finding Herself: Brunemann says her work in sports psychology and counseling has allowed her to unravel her sense of self from her identity as a swimmer—a mindset that’s helped her better prepare for her races. “Swimming is not me completely. I’m a daughter. I’m a wife. I’m a student. There are so many things that I identify with. No matter what happens from this, my life is going to be great. I have so much to look forward to. Realizing that has really helped take the pressure off.”
Bonus: Brunemann’s husband, Michael Klueh, has a good shot of making the U.S. Olympic Team in the men’s 200m freestyle.

Why She’s One to Watch: Though she graduated from UK last December, Bechtel continues to train at UK, with head coach Lars Jorgensen. She credits increased
international experience, including participation in the 2015 World University Games, with helping her feel more prepared going into the 2016 Trials than she was in 2012—when she was recovering from appendicitis.

On Making the Olympic Team: “It would be amazing to make the Olympic team,” Bechtel says. “The accomplishments I’ve had so far at UK have wildly exceeded what I thought I would do, going into college. Obviously it would mean everything to represent the United States. We’ll see how it goes. I’ll be happy and excited (to be at Trials) either way.”

Why She’s One to Watch: Sowash has been training full time as a resident athlete at the U.S. Olympic Training Center in Colorado Springs for the better part of nine years. She’s dreamed of making it to the Olympics since she was a child. “I sure hope I’m on the team,” Sowash says. “But I’ve been so blessed to have such a lengthy career at this level. There’s real joy in being able to say I’ve pushed this as far as I could, as hard as I could, as long as I could.”

Doing the Seemingly Impossible: When she explains her sports to outsiders, Sowash tells them: “We’re hard-core yoga people. We stand very still. When we shoot from 10 meters, the 10-ring target is 1/2-millimeter wide. It’s the size of a period at the end of a sentence. You have to stand as if there’s a force field around you, and not move a millimeter in any direction to try to hit that dot every time. And we do. That’s what’s the cool part.”

Life at the Olympic Training Center: “You may sit down to lunch with different athletes, maybe a triathlete, a swimmer, and a men’s gymnast. And we all talk about our day. You learn from them,” Sowash says. “We do different things, but we’re all working toward the same kind of goal. We’re all trying to be excellent.” Editor’s note: Sowash did not move on following the June Trials.

Why He’s One to Watch: Davis, whose family are Shelby Energy customers, picked up shooting through Shelby County 4-H as simply “something fun to do.” His elite skills have taken him to competitions around the world and landed him a spot with the U.S. Army’s Marksmanship Unit, which he will join following his graduation from UK this December. Davis participated in the 2012 U.S. Shooting Olympic Trials while a senior at Shelby County High School. This time around, he feels more prepared: “The format is a three-day event. You pretty much know that you have to win…Having been there before, you understand that if you win, you go (to the Olympics). If you come in second, you don’t go.” Editor’s note: Davis did not move on following the June Trials.

The U.S. OLYMPIC SWIMMING TEAM TRIALS in Omaha, Neb., will air through July 3 on NBC networks and mobile platforms. Prelims air live daily at 11 a.m. EST, with qualifying heats at 6 or 6:30 p.m. and finals at 8 nightly. At least 25 swimmers from the University of Kentucky qualified to compete at the Trials, says Chloe Smith, UK Sports Media Relations. Roughly 20 additional, non-UK swimmers with Kentucky connections will also compete.

AIMING FOR RIO: Amy Sowash and Connor Davis both shot qualifying scores at the first-round Olympic Shooting Air Trials competition in May in order to advance to the second round of the Trials, held June 3-5 in Camp Perry, Ohio. While there, they each competed against roughly a dozen other qualifiers for a single remaining spot on the women’s and men’s U.S. Olympic Air Rifle Teams. 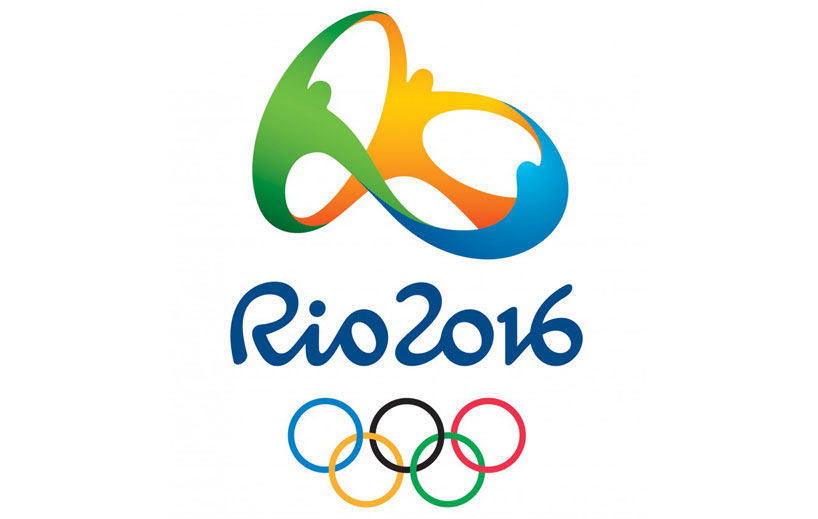 History will be made before a single medal is awarded at the 2016 Summer Olympics in Rio de Janeiro, Brazil—Rio is the first South American city to host the Summer Games.
More than 10,000 athletes from more than 200 member nations are expected to participate in 306 events across 28 sports.
Tickets-The licensed ticket reseller for the United States is www.CoSport.com. Find ticket prices and hotel packages online.
Olympic Games-The opening ceremony for the Olympic Games is set for August 5. Competition runs through August 21, which is the date for the closing ceremonies.
Paralympic Games-The opening ceremony for the Paralympic Games is set for September 7. Competition runs through September 18, which is the date for the closing ceremonies.