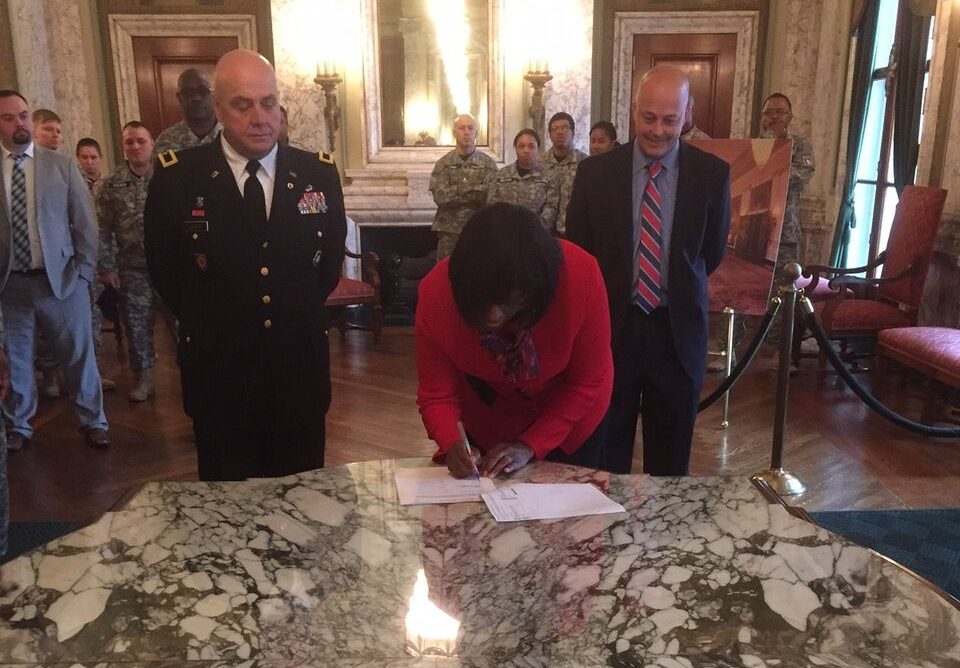 The partnership between the Fort Knox-based academy and Eminence Independent School District (EIS) in Henry County is the result of years of effort.

During a visit to BCA last year, Hampton was impressed by the cadets’ determination, resilience, and hard work. When she learned cadet academic credits were not universally recognized across all Kentucky school systems, she decided to help Brig. Gen. Jones rectify the oversight. Brig. Gen. Jones had been working on the problem for over two years.

Hampton introduced Brig. Gen. Jones to Dr. Berry, whose innovative academic program impressed her during a visit to EIS last year. Soon after their initial meeting, Jones and Berry formulated a strategic plan to create an official partnership that allows BCA students to earn high school credits toward a diploma.

“This alliance represents what can be accomplished when we work together to develop student-focused solutions,” said Lt Gov. Hampton. “I’m excited that ChalleNGe Academy cadets can now receive appropriate credit for their academic achievements.” She also thanked her staff for their research and creative problem solving efforts.