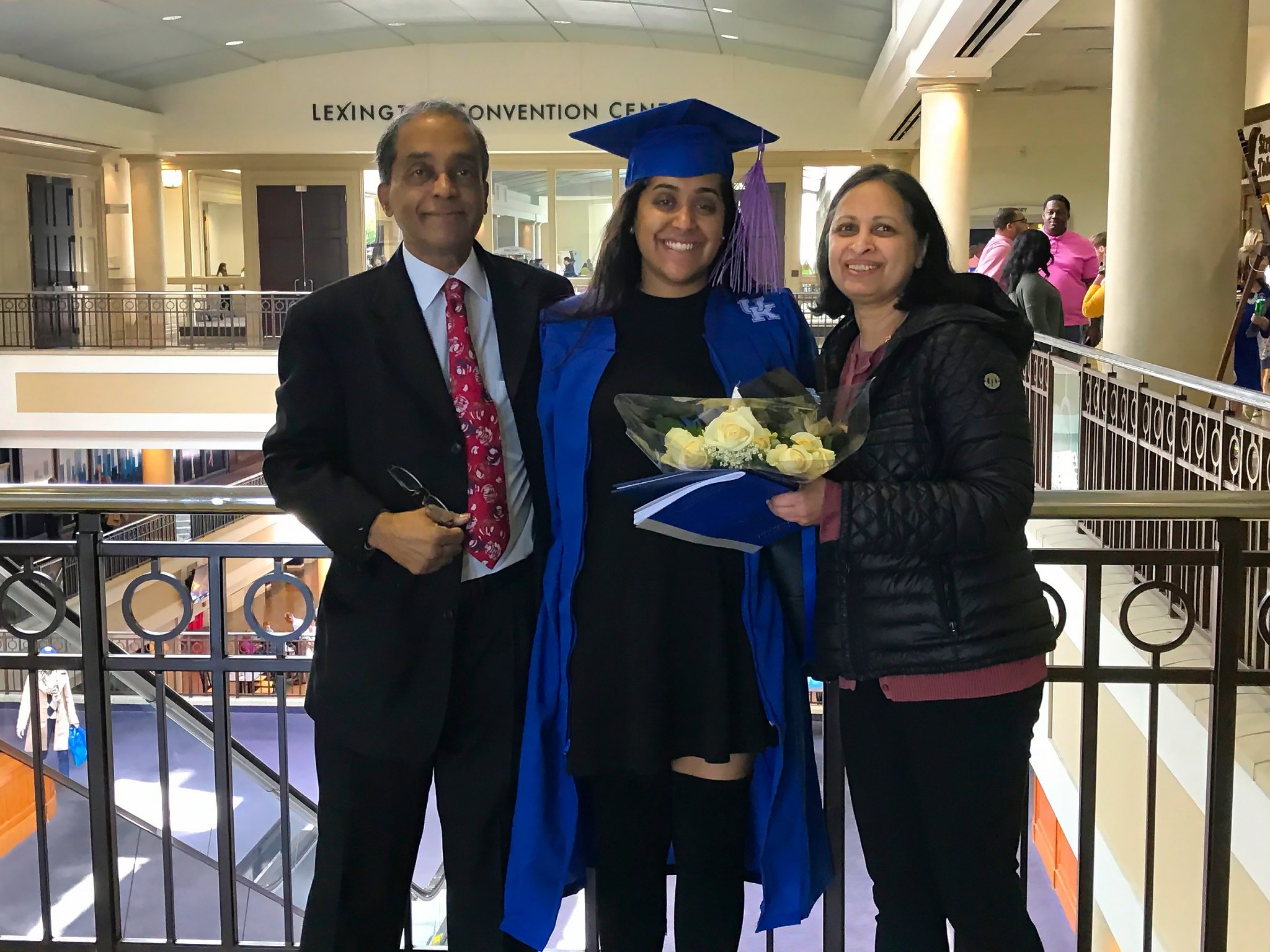 On the chilly morning of January 20, 2021, soon-to-be First Lady Jill Biden walked out onto the steps of the U.S. Capitol for the presidential inauguration with the eyes of the world watching. Every aspect of this inauguration ceremony had been carefully organized. But even after weeks of planning, Biden’s choice of blue, beaded Markarian dress and sparkly tweed coat still took one Henderson, Kentucky, native by surprise.

“We found out that morning, which was such an insane moment,” says Tara Prasad, who works with Markarian and is the daughter of Technical Solutions Architect Prasad Choragudi at Big Rivers Electric Corporation, Henderson. “Everyone on our team was so honored and humbled to be a small part of such a huge historic moment,” says Prasad.

It’s not the first time Prasad has been part of a team picking fashion for an iconic event. Her job is to connect brands with music, lifestyle, and entertainment talent for Savannah Engel Public Relations in New York City. As part of that role, Prasad also works in development and communications for Markarian, which her boss launched in 2017. In the span of a few short years, the handcrafted design pieces have been worn by celebrities like Kate Hudson, Kerry Washington and Priyanka Chopra.

Prasad gained her fashion branding skills on an educational journey from Kentucky to the big city. She moved from New Jersey to Henderson with her parents at 6 years old, later attending Holy Name School and Reitz Memorial High School.

“At Holy Name school, Tara participated in local, state and national level quiz competitions,” dad Choragudi says. “Through her participation in the quiz teams, she picked up pop culture along the way, though she was math expert on the quiz team.”

Prasad continued her education at the University of Kentucky, working on a degree in architecture with a minor in mathematics. That’s when a study abroad opportunity connected her with a true passion.

“Her summer study abroad at Central Saint Martins University of Arts in London in fashion communication helped Tara’s exposure and paved her way to her fashion career goals,” says Choragudi.

“I graduated from undergrad a year early, and was eager to move to New York and work in fashion in any way I could,” Prasad says. “I reached out to every team I could find contacts for and landed internships and then positions at companies such as Sydney Reising Creative, VFILES, Alamo Records, Beyond 8 and many more. I started with Savannah Engel PR, which represents Markarian, about two and a half years ago, and the growth has been exponential from there.”

In December, the team received a call from a celebrity stylist who works with several brand clients. The stylist was looking for a bespoken piece.

“Alexandra, the designer, specializes in occasion wear and specifically had a vision for the garments, which we submitted a variety of different options,” says Prasad. “The First Lady specified the direction in which she wanted the look to move in, so the process was super collaborative.”

“Though I am aware of Tara’s fashion PR management activities in New York City, the Markarian and Biden Project was a total surprise,” says Choragudi. “Tara kept details of the project confidential until it was made public. I felt ecstatic and proud when I received a text about it from Tara when the news was public.”

“It’s been so crazy, and it’s my parents’ support and encouragement that has given me the drive to move to New York and work really hard to carve out a place for myself in fashion,” says Prasad. “I’m so grateful to them for constantly supporting me and pushing me to create and be a part of such major moments through understanding the value of hard work.”