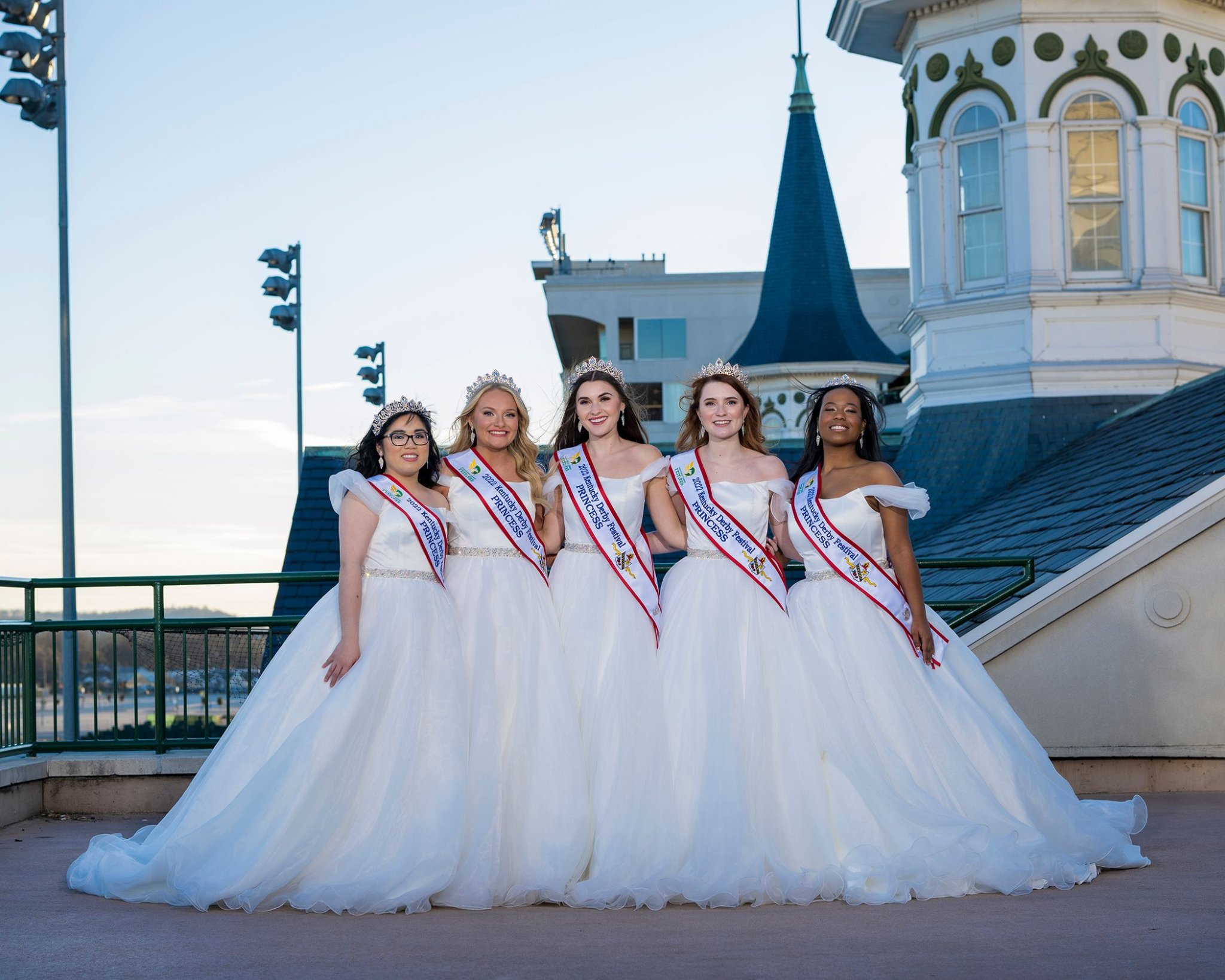 Louisville has new royalty this morning, as the Kentucky Derby Festival introduces the 2022 Royal Court. Five young women have been selected to serve as Princesses for this year’s Festival. The Court will act as ambassadors for the Festival and the community as they attend more than 70 events this spring. The Royal Court is coordinated by The Fillies, Inc., a volunteer group that works closely with the Festival.

The members of this year’s court are:

Nancy Ngo of Louisville, KY – Nancy, 23-years-old, is a 2nd-year graduate student at the University of Louisville studying Public Health with a concentration in Health Policy. She is the current Director of Professional Development in the Graduate Student Council, a Trustee’s Scholar, and has earned Departmental Honors in the Psychology Department for successful defense of her thesis.

Jimi Porter of Louisville, KY – Jimi, 21-years-old, is a senior at the University of Louisville majoring in both Computer Information Systems and Marketing. She is a Woodford R. Porter Scholar, a dedicated student worker to the Admissions Office, President’s Office, and Campus Housing Department at UofL, and is heavily involved in extracurriculars such as being a member of Alpha Kappa Alpha Sorority Inc.

Sarah Rhodes of Louisville, KY – Sarah, 20-years-old, is a Junior at Northern Kentucky University majoring in Nursing. She is a recipient of several academic scholarships and a peer ambassador to end college campus violence. She also participates in theatre productions at her college and has played the harp for seven years.

Haven Wolfe of Butler, KY – Haven, 20-years-old, is a sophomore at Northern Kentucky University with a triple major in Communication Studies, Journalism and Electronic Media and Broadcasting. She is a David and Ruth Iler Scholar, a College of Informatics Ambassador, and an advocate for Ronald McDonald House Charities all while maintaining a 4.0 GPA.

They were selected after attending final judging with 25 other finalist candidates. There were nearly 80 original applicants for the Royal Court Program, representing different colleges and universities from around Kentucky and the region. All the applicants went through preliminary judging in November.