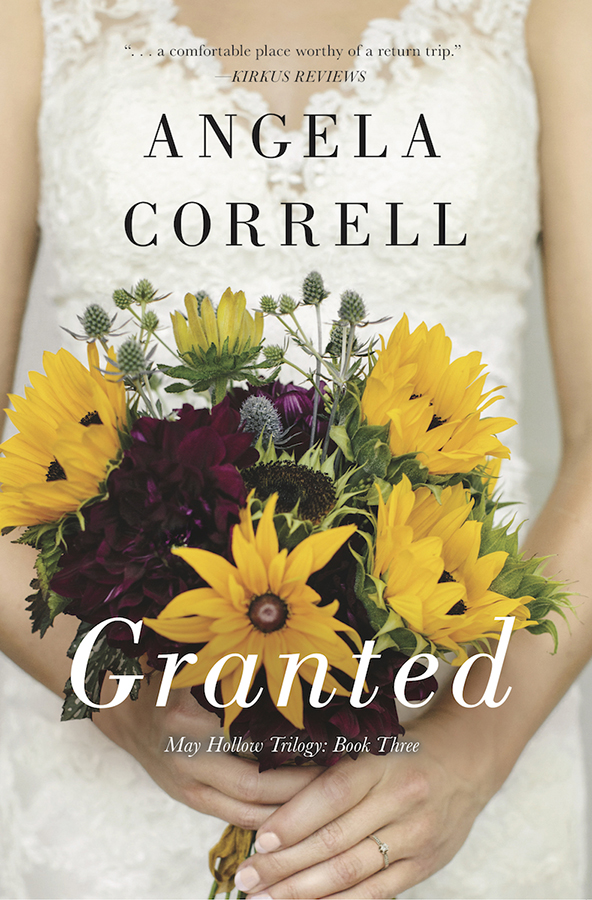 Stanford author Angela Correll gives readers a final visit with what feels like old friends as she wraps up the May Hollow Trilogy in Granted, (Koehlerbooks, $16.95). The story resumes as Annie, a former big-city girl with Kentucky roots whose life was turned upside down when her flight attendant career was grounded, was planning a wedding to her childhood best pal, Jake. Though some might call Somerville a sleepy little town, nothing is ever quiet when Correll’s quirky cast of characters gets involved.

Take, for example, Annie’s grandmother, Beulah. With recently discovered relatives in Tuscany, she is excited to meet this new branch of the family tree, but her fear of flying might prevent that from happening—and keep her from seeing her granddaughter get married. Can she overcome her fears, or will she settle for merely overcoming her bossy neighbor’s attempts to steal leadership of the church potluck from her?

Then there are Stella and Woody, an unlikely pair trying their hand at love. It seems, though, that Woody is more interested in finding someone who will try her hand at frying chicken. Will Stella, who comes from a hardscrabble childhood, conform to Woody’s expectations or will she chicken out? Jake’s mom, Evelyn, also has a romance brewing that could change not only her residence but years of comfortable routines with best friend, Beulah.

Perhaps the quirkiest of all is Annie’s father, a European traveler who lives a high-roller lifestyle and seems to forget he is a parent. Annie wants a relationship with him so badly, and a wedding seems a good way to coax him into acting like a father. Will he prove himself to be worthy?

Correll says Somerville was inspired by Stanford and named after her family’s hometowns of Somerset and Danville. She calls herself an advocate of small-town life, but believes community can happen anywhere saying, “Whether your community is a rural town or a neighborhood in a big city, President Lyndon B. Johnson once said it’s nice to live in a place ‘where people know when you are sick, love you while you are alive, and miss you when you die.’ I agree.”