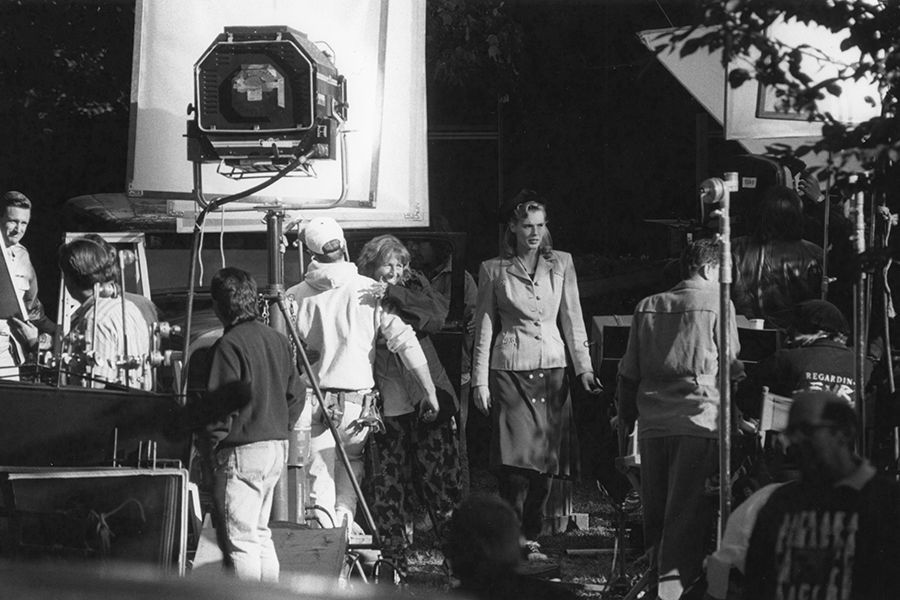 Actress Geena Davis stands in front of the historic Soaper-Esser House in Henderson, Kentucky, the c. 1887 Victorian that was the set for the boarding house where the Rockford Peaches women’s baseball team lived in the 1992 film A League of Their Own. Photo: Mike Lawrence/The Gleaner

Kentucky’s upgraded film tax credits have made the Commonwealth attractive to directors and production companies.

“It’s very costly to film in LA and filmmakers are coming to Kentucky,” says Jay Hall, deputy commissioner of the Kentucky Department of Travel and Tourism.

Created in 2009, Kentucky’s film incentive program expanded in 2015 when then-Govenor Steve Beshear signed House Bill 340, which increased the value of film tax credits and made Kentucky one of the most affordable film production locations in the United States.

Filmmakers also can cash in on a 35 percent incentive for Kentucky resident labor, and for filming in enhanced incentive counties, which are 83 counties with high poverty rates.

Film production companies must spend at least $250,000 in Kentucky to produce feature films or television shows, while commercials are eligible for tax credits if they spend $100,000. Documentaries and Broadway productions are also eligible with an expenditure minimum of $20,000, while a Kentucky-based company would need to spend $10,000 to be eligible for the same tax credits.

All applications for film projects are reviewed and approved by the Kentucky Film Office, the secretary of the Tourism, Arts and Heritage Cabinet, the Finance and Administration Cabinet, and the Kentucky Tourism Development Finance Authority.

From The Kentuckian in 1955 to Above Suspicion in 2017, the beauty of the commonwealth has always deserved film credit. Here are 11 films that have used the Bluegrass State as a backdrop: