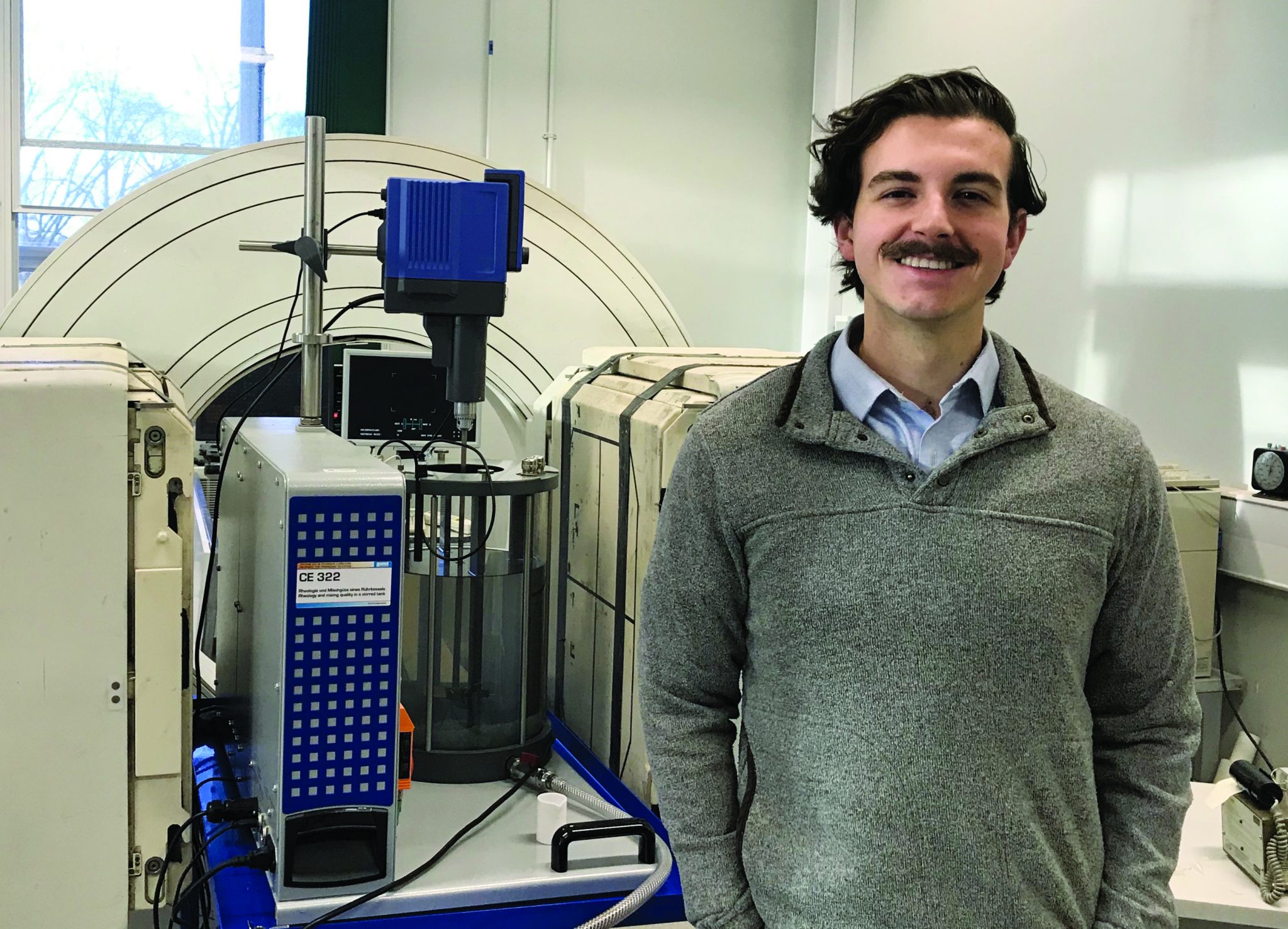 Matthew Herald is currently working on his doctorate at the University of Birmingham in the UK. Photo: Matthew Herald

Co-op scholarships are investment in students and communities

Kentucky’s electric cooperatives make their communities brighter, not just by providing electricity, but by investing in future generations and their higher education.

The average annual cost of in-state tuition at Kentucky’s public and private two- and four-year colleges and universities is almost $14,000 per year, according to Collegecalc.org. That means a student could be $56,000 in debt for tuition alone by the end of a four-year program.

Because electric cooperatives are owned by the people they serve, co-ops have a personal connection to these students. Co-op leaders help local families who are making sacrifices so their children can get a degree. Many co-ops offer scholarships to graduating high school students and/or current college students whose families live within the cooperative service area.

“The goal of the program is to help somebody go to school who might not otherwise,” says Nancy Huffman, former assistant secretary for Warren RECC’s board of directors.

Warren RECC has provided scholarships for over 45 years, Huffman says. Some programs are newer, like those at Shelby Energy and Inter-County Energy, which both began in 1992. Students must complete an application process. Most scholarships range from $1,000 to $2,000, some of them renewable upon application.

Will Dodson started his college career as an agriculture major because he had experience working on a farm and thought it would be a good fit. However, he realized he was interested in a career in another industry, so he switched majors to construction management. It was the best decision of his life, he says.

Before Dodson pursued any of this, he needed help with the burden of college tuition. He applied for the Warren RECC scholarship and received it for his freshman year in 2015 and for a second time while he was in college.

“It was definitely a relief that someone wanted to invest money in my education,” Dodson says. “It was a humbling feeling.”

Using his scholarships to attend Western Kentucky University, he graduated in December 2019. The scholarship application process itself helped him obtain two summer internships in Nashville, he says.

“I had only completed one or two interviews in my life before interviewing for this scholarship,” Dodson says. “It gave me better interview skills and made me a better professional.”

When Dodson was 16, he became a volunteer firefighter and continued until he was 21. He also joined the Association of General Contractors at WKU.

“I wouldn’t be who I am without this community, and I look to give back,” he says.

During his last semester at Western, Dodson landed a field engineer position in the infrastructure division of one of the top five contractors in the country.

Caleb Ragland always knew he would be a farmer. Growing up on his family farm, he learned how a large farm works. In college, he wanted to learn about business and economics, so he could continue to run his family’s business successfully.

“I felt like learning broad business and economic principles would serve me well as I came home to operate my family’s farm,” Ragland says. “And so far, it has.”

From 2004 to 2008, Ragland attended Bryan College in Dayton, Tennessee, with financial help from the Nolin RECC scholarship, which helped him return home debt free.

“Through the investment Nolin made in me, it helped to give me a step forward as I came back to my community after college,” he says.

Now a Nolin co-op member and ninth-generation farmer, Ragland runs his family farm with the help of his wife, Leanne Ragland, and his three sons. Ragland advocates for farmers as president of LaRue County’s Kentucky Farm Bureau. He also serves on the boards of the Kentucky Soybean Association and the American Soybean Association.

Locally, he helps coordinate the yearly AGStravaganza, which is a farm-to-table dinner in Hodgenville, serving produce from farmers in LaRue County.

“I want to contribute to my community because it’s given so much to me,” Ragland says. “I want to do as much as I can to help the next generation coming along.”

When Mariah Hughes started applying for higher education financial assistance, she knew she would apply for Farmers RECC’s scholarship. Her mother, Letitia Hughes, was a former Miss Farmers RECC, so Hughes grew up attending the annual meetings, seeing other young people receive scholarships. She dreamed of attending WKU because it has a top-notch journalism program right in her own backyard, she says.

In 2016, she received the Farmers RECC scholarship.

During her time in college, she participated in an internship with the Disney College Program and enjoyed the tourism aspect the most.

She graduated debt-free from WKU in 2019 with a degree in media communications in news/sports. On the Monday after graduation, she started her full-time job as the media and communications coordinator for the National Corvette Museum in Bowling Green.

Post-graduation, Hughes serves on her local Farm Bureau, where she judges the Outstanding Youth Competition and studies agriculture policies. She is involved in the Alpha Gamma Delta International Women’s Fraternity alumni chapter and the Disney College Program Alumni.

“No matter what I do or where I go, I want to have a connection to my community,” Hughes says.

From London, KY to Birmingham, UK

Matthew Herald grew up in London, Kentucky, from the time he was in elementary school. Now he lives 117 miles from London, England, in the country’s second-largest city, Birmingham. He is working on his doctorate in chemical engineering from the University of Birmingham.

Before Herald moved across the pond, he graduated from the University of Tennessee, Knoxville, in 2019 with a degree in nuclear engineering. He chose UT because he could not study nuclear engineering in Kentucky. To help cover costs, he applied for Jackson Energy’s college scholarship and received it.

“It was the first time I’d received one (scholarship),” Herald says. “It makes you feel people are putting trust in you and that you can do more.”

He took this sentiment to UT, where he joined a rowing club and was involved in student government as treasurer. As an underclassman, he participated in the Engineering Mentor Program and became president his junior year.

Currently, he hopes to become involved with Engineers without Borders. After Herald finishes his doctorate, he plans to work for a national lab in the United States.

“Getting the scholarship really gave me a lot of confidence to get to other positions—the confidence to go to a school abroad where I know no one and have the self-sufficiency to survive and thrive,” Herald says.