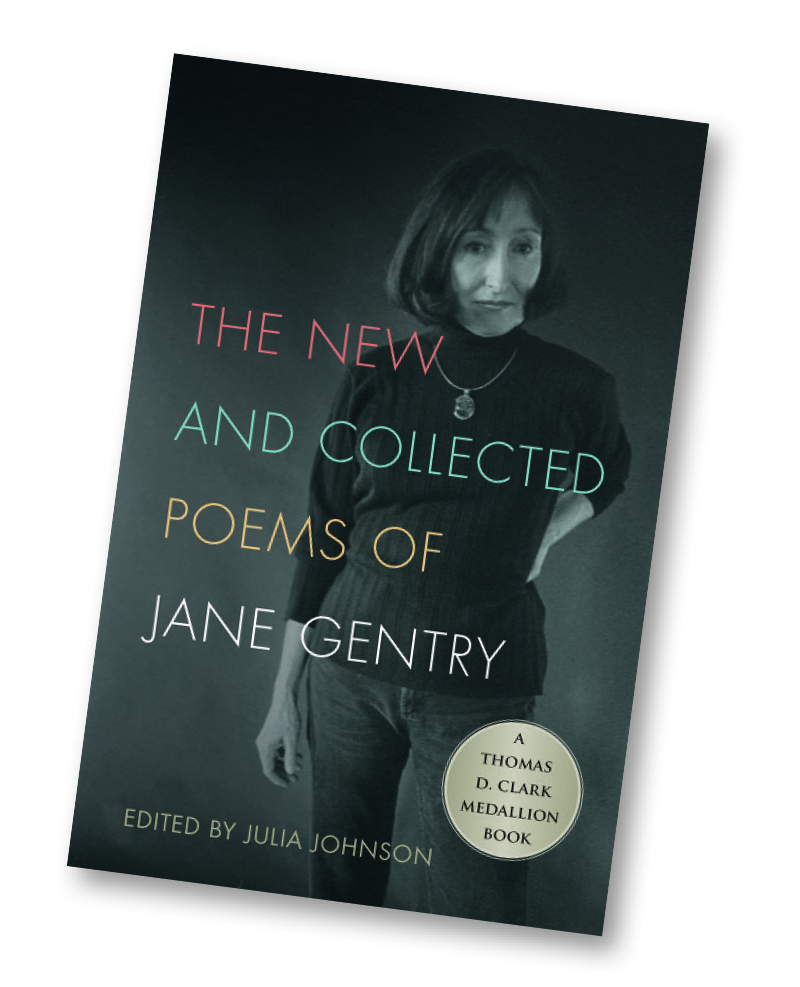 Jane Gentry, raised in Athens, Kentucky, and residing in Versailles for 40 years, was a poet, University of Kentucky professor of English, mentor and the 2007-08 Poet Laureate for the commonwealth. She published her first poems while still an undergraduate student at Virginia’s Hollins College, and her career quickly blossomed, with her poems appearing often in journals and anthologies and receiving numerous awards and fellowships. In October 2013, just one year prior to succumbing to cancer, she was inducted into the UK College of Arts and Sciences Hall of Fame, the highest honor awarded by the college.

Upon her cancer diagnosis, Gentry and her daughters began organizing the expansive collection of her work with editor Julia Johnson, a university colleague of Gentry’s, who compiled the previously published pieces with more recent unpublished ones into The New and Collected Poems of Jane Gentry, (University Press of Kentucky $29.95). Johnson’s hope for the book is that it will “showcase the range of Gentry’s work and the flexibility of her style: sometimes

Gentry once described her gift this way: “I write poems when I have to write poems. So the things that move me in that particular way, things of the earth and of my experience, come to me in a shape that wants to be made into a poem—they have a kinship naturally…”

Reading through the poems provides the reader with a sense of presence in Gentry’s life as she documents time and place, seasons of change, and a strong connection to her Kentucky home. At times stark and realistic, at times wistful and sentimental, but always observant. It is clear that Gentry took pleasure in documenting memories, noticing the small details and connecting past to present.

Johnson’s compilation received the Thomas D. Clark Medallion, an award honoring Clark’s career as a teacher, author and activist, and given annually to one University Press of Kentucky publication that achieves Clark’s high standards of excellence and addresses his wide breadth of interests about the state.